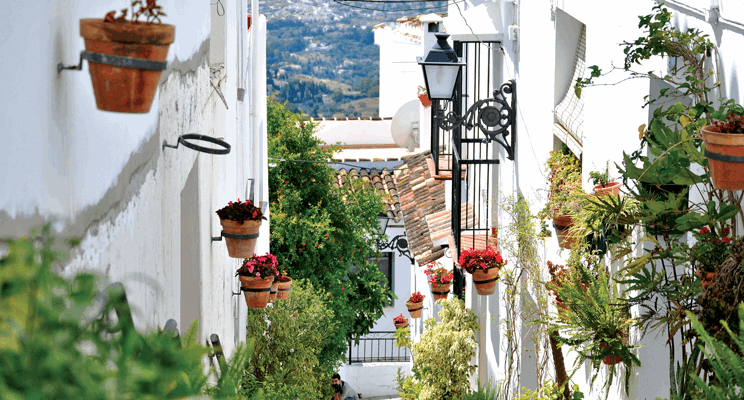 What's happening in the overseas property market? Here are a few of the latest stats and happenings on three popular European countries reported by our very own magazine editor Liz Rowlinson.

The latest Spanish government ﬁgures have shown a signiﬁcant rise in the volume of property transactions in the popular coastal areas, however, figures are still well down on the market peak year of 2007.

The Spanish Institute of Statistics (INE) show property sales up in Girona (Costa Brava) - the volume is up by 19 percent, Malaga (12 percent increase) and the Balearics (up 20 percent). The ﬁgures of these respective regions are still well down on 10 years ago, by 48 percent (Girona), Malaga (-36 percent) and Balearics (-36 percent).

The Canaries remain our nearest and dearest winter sun destination. British Airways is adding extra ﬂights from Gatwick and Heathrow this autumn to cope with ongoing demand. There’s a new route from Heathrow to Tenerife, adding to the six ﬂights per week that run already. From October 29 Heathrow services to other sunspots Palma, Malaga and Palermo will go from summer-only services to year-round ones, while three ﬂights a week from Gatwick to Paphos will also operate throughout the winter months.

Despite Brexit, Brits are buying!

It’s now been over a year since we voted to leave the EU and after the initial shock and currency drop, it’s now clear that the result has had some positive eﬀects. Many Brits have brought forward their plans to buy a holiday home in France. Research from BNP Paribas International Buyers shows that whilst the 5,492 non-resident British buyers in France in 2016 was a drop of 9.5% from 2015 it was still a huge increase on the 4,198 who bought in 2014.

The BNP figures show that British buyers are still the number one source of sales to overseas buyers in France, making up 32% of this market and spending an average of €256,463 and choosing particularly: the Alps (14.8% of buyers), Aquitaine (11.6%) and Poitou Charentes (10.9%).

It’s not just the Spanish who are keen to let it be known that British buyers are still very much wanted (and needed) in their country. In the spring, European Parliament Vice-President Dimitris Papadimoulis made the Greek view very clear in his Brexit statement. he said: “Greek people are not big on English tea and don’t particularly love beans on toast, but I guarantee you, every Greek child knows Harry Potter and the Premier League.” He went on to add that Syriza [the party in government] believes in the EU and they disagree with the United Kingdom leaving Europe. “We hold that Brexit was a sad day for our union.

Let’s face it though, Greece and Britain have a relationship. We know you’ve shared our history, like our sun and sand and enjoy a couple of drinks in our taverns. We need to do whatever it takes to secure the rights of British people living in Greece as well as the rights of Greeks living in Britain. We disagree with the result of your referendum, but we still respect it. Why? Because it’s in our blood, culture and political DNA to respect democratic choices. And I can assure you that Greeks will continue to show their hospitality, to the British as if they never left the Union. In short, Brits, you’re welcome in Greece."

download our free guide to buying a property in Greece