Where to Buy Property on the Balearic Islands

The Balearics never seem to go out of fashion.

With a flight time of a little over two hours from the UK, this stunning clutch of Mediterranean islands are easy to get to, celebrity magnets and are firm favourites with second-home owners from across the world.

With property sales in the Balearics rising 32.3 per cent year on year (according to the National Statistics Institute) and a history of strict planning laws you won’t find a wide choice of bank-owned cheap homes but between the four islands there is something to suit all tastes.

Whilst Ibiza seems to get more chic and polished every year that goes by, Mallorca, with its superb infrastructure, airlift and amenities (24 golf courses, 41 marinas) remains a firm favourite, and Menorca has its own devoted following.

So what’s available on the three main islands?

With a tourist board that is 108 years old, Mallorca is the largest Balearic island attracts around 9 million tourists a year and offers by far the best airlift.

With Palma airport within about 70 minutes of most places on the island, it is also great to get around with superb roads between its 200 beaches, 2,500 restaurants and 1,500 hotels.

Forty per cent of the island is protected parkland, and the Tramuntana mountain range which runs along the island’s northern spine, is a favourite training ground for top cyclists.  The island has always had broad appeal, with the Spanish royals decamping there every summer, wealthy Spaniards too, along with many Britons, Germans and Scandinavians.

Budget plays a big role in choice of area if you are looking for a holiday home and there are definite hotspots amongst second-home buyers.

For example, in the glitzy south-west - around Port d’Andratx, Santa Ponsa and Palma – you will pay €4-6 million for a frontline beach property, but if you drop south of Palma, this halves. Palma, vibrant all year-round, is most popular with permanent residents.

That said, if you seek a great deal, it’s below the €250,000 mark you need to look, as that’s the sector where people need to sell, according to agents.

There are also new-build projects, with Taylor Wimpey dominating the affordable end of the market, offering two-bed apartments in Pollensa for €276,000; or the same in Cala D’or (in the more affordable south-east) for €149,500.

If you want a villa, there’s a good selection of two-bed examples from around €350,000 but you’re going to need to pay nearer €500,000 for one in one of the property hotspots of the south-west.

Fincas in the heart of the countryside are another option for those seeking space and privacy, and a three-bed one outside Palma might sell for less than €400k, but typically you need to pay €3-4 million for a luxury five-six bed estate.

It’s famed for hosting some of the world’s best parties but Ibiza is also one of the hottest property and rental markets of 2014. Supply simply can’t keep up with demand when it comes to sleek, contemporary party pads for which the island has become famed, and you won’t get much change from €1million if you want a quality villa.

Buyers are much more international than in Mallorca, and generally a little younger, although the island attracts a loyal Spanish market, alongside many families who have been holidaying on the isle for years.

A lack of flights during winter has historically put off people living there year-round, but options have increased in the last couple of years, and there is a sizable group of arty/music oriented expats, of which Jade Jagger is perhaps the most famous.

At entry level, you can find a small apartment on the island for £100,000 but generally you’ll need to pay double that for something in a decent location.  For a traditional three-bed home for around €250,000, or one with a pool that needs work, for €350,000.

If you want to be near international schools, families choose Santa Eulalia or Santa Gertrudis, if you want sunsets you need to be on the west coast; and the south is best for holiday rentals as it’s got the best beaches.

Indeed in fashionable Ibiza Town in the south, you’ll generally pay €500,000 for a well-located quality apartment, although there’s a good chance you could bank on 16 weeks of rentals due to the popularity of this location.

A new-build scheme next to the famous Pacha nightclub with apartments from €270k sold quickly during 2012.

Villas are hard to find in this area, but around €700,000 is entry level, with good products turning over very quickly and bidding wars are not uncommon at the €2-3million property level.

The west coast, around Sant Jose, is also fashionable because of its access to Ibiza Town and the airport, though a more peaceful area of pine-covered hills and little coves.  There you can get a new two-bed apartment for €250,000 on a gated development with a communal pool.

The north of the island which is less built-up and is seen by some as “authentic Ibiza” has been growing in popularity, especially around San Miguel. You money goes further up there than in the south.

It may only be a short hop away from Mallorca and Ibiza, yet Menorca is totally different in feel – and is much less of an internationally renowned second-home destination.  Its strict planning regulations and slower pace of life appeals to foreign buyers and British and French owners are second only to the Spanish.

With English widely spoken it is not surprising that it attracts British families and couples relocating for lifestyle reasons, and there are 4,000 UK residents.

Hotspots are led by Mahon and its environs, for pure accessibility to the airport and major town of the island as well as the stunning natural harbour. Cala Llonga is its exclusive hub, with detached villas from around €650,000.

Other areas nearby are Addaia (or Addaya) on the northern coast, villages near the beautiful beach at Es Grau and around San Parc.

The south coast attracts those buyers looking for a large finca with sea access.

How to Buy Property on the Balearic Islands

Taxes in the Balearics vary from the Spanish mainland

New build buying costs: 10 per cent IVA, plus local town hall fee of  around 1 per cent.

The Balearic government are beginning to clamp down on holiday apartment rentals. Seek legal advice on the availability of licences. 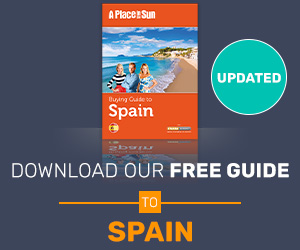