Where to Buy Property in Italy

Italy is not the only country that specialises in living stylishly and well – the Germans and the French know how to enjoy themselves too – but in Italy they do it all with a verve and zest that makes Italians among the most popular people in the world.

We love their art, opera, Ferraris, pizzas, clothes, cities, ancient ruins, rolling hills and shimmering waters. We have taken to every corner of Italy: in the north-west, the Alps and Lakes. DH Lawrence said of Lake Garda: “I sat and looked at the lake. It was as beautiful as Paradise, as the first creation.”

It still is, this is one country that has avoided the temptation to overdevelop. In the north-west is Venice, on the other sid ein the middle you'll find Tuscany. And in the middle are Rome, “the eternal city” and the Bay of Naples, then south to the heat and beauty of Sicily in one corner and Puglia in the heel, where Amanda Lamb chose to buy, out of all the places in the world she’s seen.

Unlike some of its neighbours on the Mediterranean coast, Italy is not known for large-scale package holidays or Brits seeking early retirement. One survey found 26,000 British people living permanently in Italy, which is far fewer than in Spain, France or Portugal, although it has the same winter warmth in many areas, a superb coastline and lower living costs than the UK.

You are less likely to find a gated community in Italy, but it is more popular for holiday homes within the towns and villages, particularly in old renovated properties. Italy’s reputation as a weekend-break destination means that budget flights from the UK continue all year direct to most Italian airports. Those weekend-breakers are often looking for culture, lifestyle, romantic views and café culture – all of which Italy has in abundance.

The north of Italy is wealthier and its property prices are generally a little higher, especially if you are looking for properties in the Milan area. The south is more rural and traditional, with cheaper property including the famous trullos of Puglia.

There is less of an infrastructure of English-speaking agents, lawyers and professionals in Italy, but in all the most popular areas for foreign house buyers you will find them.

Historically the Lakes in the north of Italy were the first areas to attract overseas second-home owners, and for their beauty, accessibility and dual season appeal. Lake Como – also home to Sir Richard Branson – is more fashionable than ever although can be surprisingly affordable, with apartments with a view for €100,000.

Most popular with the Milanese, Maggiore is elegant but similarly priced, whilst Garda tends to appeal to the actively inclined. Iseo and Orta are less popular, however Lugano remains sought-after for those after a mix of Swiss efficiency (or tax regime) coupled with Italian culture.

Tuscany and Umbria then became a big hit in the late 1900s when many buyers dreamt of a farmhouse amid rolling hills within handy distance of those beautiful medieval villages or Renaissance cities. The area in Tuscany around Arezzo, Siena and Florence – the so-called Chiantishire – became fashionable and expensive and you won’t get much change from €1 million for a well-presented six-bedroom farmhouse with a pool in Sting and Trudie Styler’s patch of Arezzo.

That said, some prefer to escape the tourist buses and communities of British expats and Lucca slightly north has been growing in popularity; as has the Garfagnana, Lunigiana or Bagni di Luca where prices drop – you can get a two-bed home for less than €100,000.  In neighbouring Umbria, the area around Lake Trasimeno and nearby Perugia remains of high interest.

Le Marche, south of Tuscany, is also now firmly on the radar of overseas buyers, and in San Benedetto del Tronto you are both close to airports and beaches.  The area is popular with second-home owners from Rome, so you are looking at around €125,000 for an apartment. It’s close to the border with the Abruzzo region, a wonderfully undiscovered and green area which is highly affordable – find plenty of options for €50,000 to €100,000. You can do ski and beach in the same day in some!

Italy’s coastal areas have grown in popularity, with Puglia leading the way after a couple of years of high-profile owners, celebrity weddings and a growing fame with foodies. British buyers tend to love the area around Ostuni and Martina Franca where houses are available for well under €100,000. Be careful of buying a trullo (listed cone-shaped stone house) because these can be expensive to restore and also might be illegally extended.

Heading back north, Liguria has also gained greater interest, and in this stylish area close to the Cote D’Azur in the attractive town of Imperia you can get an apartment for €150,000.

If the Italian islands appeal, head to Sardinia for affordability (outside the chic Costa Smeralda), and in the lovely little beach town of Valledoria, you can buy a two-bedroom apartment for €80,000; Sicily tends to be surprisingly expensive due to lack of supply.

Cities have also been growing in popularity but are more expensive: Florence, Venice and Rome are all popular for holiday rentals and the Airbnb market.

How to Buy Property in Italy

Once you have found the property you like, the buying proposal, a document prepared in Italian and English, will take it off the market for two to four weeks. You normally pay a five per cent deposit at this time, preferably into an escrow account, while a few checks are made on the property. At this stage you can normally withdraw without losing your deposit if there are any legal issues.

Next, you move on to the preliminary contract. Note that since 2014, anti-money laundering measures mean that buyers will be asked to produce certain information to prove you are not involved with this: ask your lawyer about this.

This is a legally binding contract prepared in both Italian and English, which includes a description of the property and sets out conditions such as rights of way, payments and timing of the buying process. On signing it, the buyer pays a further deposit of 20 per cent, either to the vendor or an Escrow account, as well as the agency fees. The preliminary contract virtually guarantees the purchase will proceed, as the buyer will lose their deposit if they pull out but the seller will have to pay double the deposit if they pull out.

When a rural property is sold, however, neighbouring farmers have the right of first refusal. Under such circumstances it is necessary to notify the preliminary contract to neighbouring farmers who have one month to exercise their right. From preliminary to final contracts takes one and three months, during which time a Notary is appointed. Notaries are members of an independent legal body who work for both the buyer and seller, conducting searches and preparing deeds.

The Final Contract (Atto or Rogito)

This is signed at the Notary’s office, either in person or by giving someone power of attorney on your behalf. The contract will be read out, so non-Italian speakers will need a qualified translator. Purchase taxes and the notary fee are to be paid at this time, by the buyer, along with the balance of the purchase price. You will then be given the keys to your Italian property. The Notary will send the purchase deed to the land registry and the buyer receives it approximately two months later.

This is an important decision that you can make. Getting this right can save you thousands in costs and taxes. Getting it wrong can be an expensive mistake.

The way that you would buy a property in your home country is not necessarily the best way to buy in Italy so don’t assume that you can adopt what you have done here to your purchase in Italy.

There are many options – ranging from personal ownership to company ownership but there is no “one size fits all” solution that works for everybody.

When deciding on the best form of ownership we would need to take into consideration both Italian and UK tax and also a range of other circumstances such as your plans for the property in the future.

Fractional Ownership is not a new concept and has been around for many years – although back then we called it Co-ownership.

Put simply, Fractional Ownership is where several people buy a property together. This can be members of a family, friends, work colleagues or even complete strangers. You buy a share in the property and also share the running costs.

The Italian Tax Code (in Italian, codice fiscale) is your Tax Identity Number in Italy. There are several times when you are likely to be required to produce your Italian Tax Code:

The calculation of Taxes in Italy is quite complicated and we do not have the space here to provide a detailed explanation.

Capital gains (Plusvalenza), a tax based on the increase in the value of the property since the last transfer, is applicable only if the property is re-transferred within 5 years from its purchase. The rate is 20% on the capital gain to be calculated by the Notary and checked by your lawyer.

If you are non-resident you must declare any income you have earned in Italy.

This applies even if you receive this income by renting out to people from your home country and the money never touches Italy.

If you do not receive any rent from the property you do not have to pay any income tax. However, it may be necessary to submit the relevant Tax Declaration.

You will also normally have to declare any income in the country where you are tax resident but can normally offset the tax paid in Italy through Double Taxation Treaties.

The taxes that you pay when you buy a property in Italy will normally depend on whether you are resident there or not.

Tax residence is a determined by a number of factors: 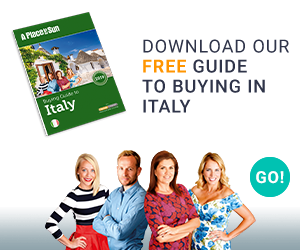 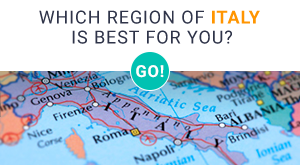 The cost of living in the UK is rising fast - would it be cheaper for you to move abroad? Our Editor compares the cost of energy, food and more in Italy...