Property on the Costa del Sol

As cosmopolitan a stretch of golden sand as you’re ever going to find in the world, the Costa del Sol is 100 miles of pure pleasure and consistent favourite with British property hunters.

It averages 2,900 hours of sunshine each year compared to, for example, Bournemouth with 1,700. The sea breeze slightly takes the edge off the summer temperatures, keeping highs at around 30ºC compared to 36ºC just a little way inland.

The Costa del Sol stretches from Nerja in the east all the way to Gibraltar in the west. It includes the flashy and upmarket resorts of Marbella, Puerto Banús and Estepona, plus the more family orientated resorts of Torremolinos and Fuengirola.

The hills overlooking the beaches are thronged with multi-million euro villas owned by the Russian and Asian mega-rich but also more affordable apartments. To keep them – and anyone else – amused the Costa del Sol is also home to some of the world’s best golf courses, such as Real Sotogrande and Valderrama, and the best marinas too.

The biggest city and busiest airport is Malaga, right in the middle of the Costa. It’s a busy port city, but dramatically smartened up these days with the Picasso Museum. The Botanical gardens was planted by an Englishwoman in the 1850s – we’ve loved this area for a long time.

The people of every nation come to live on the Costa del Sol – 137 nations in the last census – so it is a real international melting pot. That means that despite high unemployment in Spain, British people can find work within the international community. You will have no problem finding an English-speaking estate agent, lawyer and surveyor; then once you live there an English doctor, vet, hairdresser, property manager, café owner... and friends.

The modern tourist trade was invented in the Costa del Sol and in the 1950s Torremolinos was the height of sophistication where you could rub shoulders with the likes of Grace Kelly and Frank Sinatra. Although this coast has been in and out of fashion, it has certain innate qualities that always keep us coming back.

Even better, in the boom years before the financial crisis the authorities set about knocking down the worst high-rise hotels built in the 1960s and 70s and replacing them with attractive and classy low-rise developments. These days the beaches are superbly maintained and the promenades filled with top-quality fish restaurants along with the waterparks and nightclubs.

Where to Buy Property on the Costa del Sol

The Costa del Sol is still the most famous stretch of the Spanish coastline and appeals to a far greater variety of international investors than any other costa. In Marbella alone, there are residents from 137 different nationalities – a number that grows year on year.

This costa’s got the best climate which means that parts of it are genuinely year-round destinations rather than purely summer resorts, one of the best-supplied airports and world-class golf courses, marinas, restaurants, hotels and sporting facilities.

The once-sleazy Marbella is very much back in fashion with the British – helped by the fashion for “Marbs” in the hit reality show The Only Way is Essex; but also with Scandinavians, Russians and Middle Eastern investors. It’s also a favourite spot for retirees and relocating families, with the best infrastructure of any of the Costas. So where best to choose?

Of course Marbella is the most well-known, and as we mention above, still the most glamorous. With over 140,000 residents – 16 per cent of them foreign-born - it is the second biggest city on the Costa del Sol, and sits in the foothills of the Sierra Blanca.

Especially popular with Russian and Arab high rollers in recent years, Marbella is known for its fashionable beach clubs, the classy 50-year-old Marbella and other attractions along its so-called Golden Mile (the four-mile stretch of coast between Marbella and Puerto Banus). These include 15 golf courses, four marinas, 600 restaurants, international schools and not to forget 16 miles of beaches.

Glitzy Marbella might said to be well and truly booming, with new developments back in vogue and great demand for holiday rentals. It attracts an international range of home buyers, and strong ongoing demand means that homes in the best locations have held their prices well during the Spanish downturn. That said, prices are still down 30 per cent in many areas so now, yet confidence is gaining fast and prices are starting to edge up.

Whilst you won’t get much for less than €5m on the exclusive complex of La Zagaleta or Sierra Blanca – and front-line Marbella also commands a premium – you can pay a little less close to these sought-after hubs and there are some high-class new villa projects to choose between, one of which is Los Ceibos, where you can get new 400m2 villas for €3 million.

Agents report that with demand from wealthy investors high again, any land that is available within Marbella’s Golden Mile is now being developed to provide €1 million homes, not the €200,000 ones of years gone by.  But you can certainly get properties for much less in some parts of Marbella, especially resale apartments in large complexes.

Or in Nueva Andalusia – an area between Marbella and Puerto Banus - it’s possible to find an entry-level apartment for a little over €100k, though equally this area offers cutting-edge new villas (from €1.35 m at Los Olivos) or properties considerably more. Puerto Banus with its superyacht marina is inevitably a little more pricy generally than Nueva Andalusia: expect to pay £350,000 for a good-quality apartment within walking distance of its designer boutiques and restaurants.

Fancy something a little more authentically Spanish? Estepona is one of the few coastal towns on the Costa del Sol that has succeeded in maintaining its ‘pueblo’ charm and personality despite the onslaught of tourism. All the usual tourist facilities are located there yet Estepona also offers numerous picturesque squares, cobbled streets and tapas bars and hidden bodegas.

The town is also really popular with golfers, with many of the properties offered in the area benefiting from being in close proximity to the area’s ten golf courses. Prices really do swing around a lot too so it’s impossible to generalize, but you can get two-bedders for €150,000, a nice little villa on a golf course or three-bed townhouse for €300,000, or a quality four-bed villa for €500,000.

Estepona’s location is on the west side of San Pedro, another increasingly popular area where our own presenter Laura Hamilton bought in 2012 and also one that retains an authentic character. Again, price vary wildly, but there are plenty of two-bed apartments for around €200,000 – although you’ll pay over €400,000 for one in a prime location.

At the very western end of the Costa del Sol is the exclusive residential golf development of Sotogrande where apartments start at around €250k, but villas are typically north of €500k.

A popular and well-established area heading east from Marbella is Calahonda. Here a two-bed apartment might cost €140,000 but you could find entry-level ones for a bit less. This area is relatively recently developed, but enjoys good amenities and plenty of choices for restaurants and bars in and around the El Zoco commercial centre.

Or might inland Mijas work be for you? Whitewashed houses spill down the mountainside towards the coast and the surrounding countryside is lush and green (chef Antony Worrall Thompson owns an avocado farm there). Choose between the old town of Mijas Pueblo with its narrow streets winding their way to the central plaza and two other districts – Las Lagunas and La Cala de Mijas. Both are sought-after residential areas, popular with British expats.

Las Lagunas has a vibrant atmosphere and is packed with restaurants and bars, as well as shops and banks. A four-bed townhouse here costs from around €250,000. Cala de Mijas boasts a Blue Flag beach – and here a new three-bed apartment might cost around €350,000. The Miraflores area – near the Miraflores Golf – is an upmarket pocket.

Fuengirola is popular with golfers and has undergone some regeneration in recent years – Los Boliches is a popular area for British buyers, expect to pay around €230,000 for a two-bed apartment in a frontline block.

In contrast, the Anglo-friendly resort of Benalmadena is popular with tourists and expats and you can get a two-bed apartment there for less than €150,000. It’s more popular (and more expensive) than the nearby package resort of Torremolinos these days.

Right at the eastern end of the Costa are the two large resorts of Torre del Mar and Nerja, while inland is the Axarquia area that includes the Lake Vinuela area. All three are popular with UK buyers.

Torre del Mar is a handy 30 minutes from Malaga airport offers beachfront development three-bed apartments for around €150,000 -€180,000. Nerja, once a sleepy fishing village but now a lively town of 22,000 that, without being blighted by concrete high-rises, has retained much of its authentic charm.

Property ranges from budget to high end; a one-bed apartment might cost €120,000, but in a frontline area, it might be €275,000. Go back a row or two behind the beach and you get an exra bedroom for that budget. For villas, also check out Frigiliana (a Moorish pueblo blanco 6km from Nerja) where a four to five bedroom villa with a pool is around €650,000 – down considerably since the slowdown. 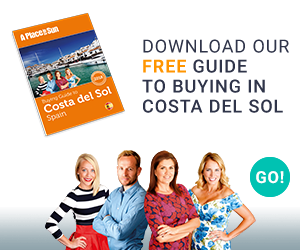 You can find bank repossession properties in Spain for

You don’t have to use a lawyer when buying a Spanish property, but it certainly helps. In fact it is very strongly recommended that you do so to give you peace of mind, avoid a host of potential issues and save you time and hassle.

Spain is always a popular choice for buyers looking for a holiday home - but where are the best locations for buying a second property?