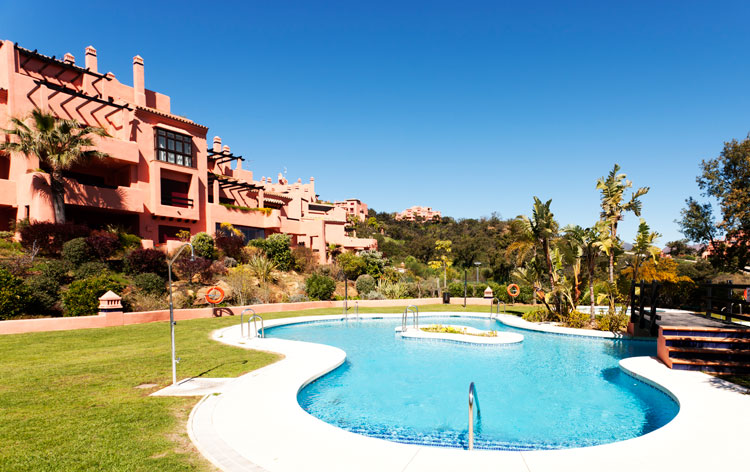 Spain is a ‘healthy’ country in which to live, with an average life expectancy of 82.6 years – fifth highest in the world.

Spain has an extensive network of state hospitals and health care centres (centros de salud). Almost every village has a doctor (medico) who will attend his medical centre daily. Normally a nurse (enfermera) will be in attendance and often a patient can see his doctor the same day. Meanwhile, there is a network of hospitals across Spain with accident and emergency (A&E) departments (urgencias).

Children under 14 must be seen by a paediatrician (médico de paediatrica), rather than a GP (médico de familia). There are, therefore, medical clinics specifically for children.

Spain also has private healthcare, to which a significant minority of the Spanish population subscribes.

Healthcare is free for pensioners (over 65) and for those who pay into the Spanish social security system.  If one adult pays into the system then this will ensure cover for all the family (spouse and children).

If you are eligible for Spanish state healthcare, you will need to apply for a SIP (Sistema de Informacion Poblacional) card. This is like a credit card and displays your details and NIE number. You must show this card whenever you attend a medical centre, whether for an appointment or treatment. You will also need it when you go to a pharmacy to obtain your prescription.

That said, anyone moving to Spain in 2016 is right to research how they will access healthcare there, whether they’ll need to pay for it, and what the standard of treatment will be like, including if the doctors and nurses will speak English. So here’s a brief guide to Spanish healthcare for expats, according to your situation.

British people in receipt of a UK State Pension are entitled to the same level of state healthcare as a Spaniard under the national insurance scheme. This is thanks to Spain and the UK being members of the European Economic Area (EEA), meaning certain benefits are transferrable between the two countries.

Pensioners should start the process before leaving the UK, by applying for an S1 form from the International Pension Centre. Once in Spain, register your S1 at your local Instituto Nacional de la Seguridad Social (INSS) office to receive an accreditation letter, which will enable you to register with a doctor at your local medical centre.

To do this, you’ll need your passport, NIE and certificates of local and national residency. In due course you will receive a health card (tarjeta sanitaria), which you present when you use the health service. It’s a similar process for recipients of long-term benefits in the UK - just be sure to check with the relevant UK office whether your healthcare entitlements are transferrable to Spain with an S1.

Two things to note: a UK pensioner in Spain (who has registered an S1 form) can return to the UK and receive NHS treatment for free, just like a UK resident; pensioners in Spain can register a dependent to receive state healthcare.

Spain’s benefits system is contributions based. This means if you are working in Spain and making social security contributions, you will qualify for state healthcare. This is done by registering for a health card at your local medical centre - you’ll need your social security number to do this.

“Working full-time entitles me to state healthcare here,” said Joanne Kilcourse who has lived in the Costa del Sol for 12 years and works in the Cala de Mijas office of a company that helps Britons to buy and move to Spain.

“I live in Calahonda and my nearest GP’s surgery is in Cala de Mijas. My nearest state hospital is the Hospital Costa del Sol in Los Monteros, and I’ve only had good experiences there. When my husband needed treatment after an accident fixing his car, we waited just 30 minutes to be seen and the staff spoke English. I visited a friend staying there for treatment once and she was in a room with just one other patient, and the place was spotless.”

As in the UK, expats registered for state healthcare, whether through working in Spain or through their S1 form, can dip in and out of private healthcare, with many choosing the private route for certain types of treatment.

Neither working nor a UK pensioner

Brits moving to Spain before they reach UK State Pension age and who do not work, typically early retirees, will not be entitled to state healthcare (unless they receive benefits that qualify for an S1 form). Many expats in this position opt for private health insurance.

Private cover offered by large international insurers, such as BUPA Global and AXA PPP, usually includes treatment in other countries outside of Spain, including the UK, which is useful for people who split their time between two countries.

Typically, a private insurer will have a list of selected hospitals and medical centres in different regions, usually concentrated in expat areas, to which clients are referred. This enables them to monitor and maintain a high level of care and ensure clients are sent to medics who speak English.

It’s also worth looking at Spanish insurers, including local ones that offer flexible packages geared towards international residents.

“When we arrived in Spain we weren’t employed so took out private insurance with a local firm to cover us temporarily,” continued Jo Kilcourse. “We used Helicopteros Sanitarias who were great. We had a package that covered the whole family and included a 24-hour home doctor service and ambulance transfer to hospital if needed – any charges for treatment in the hospital were separate.”

Helicopteros Sanitarias operates between Torremolinos and Sotogrande on the Costa del Sol. According to its website, annual fees for basic cover start at €288, for a single person, rising to €530 for a family of three or more children.

An alternative - and generally cheaper - option to private healthcare is the Spanish Government’s recently launched pay-in scheme, currently available in most but not all regions of Spain. Called Convenio Especial, this provides access to the state healthcare system for a monthly payment of €60 per person under the age of 65 and €157 for those aged 65-plus.

Applicants must have been registered as a Spanish resident for a year, not be in receipt of healthcare cover from the UK and do not qualify for an EHIC.

The European Health Insurance Card (EHIC) entitles citizens of one EU country to medically necessary, state-provided healthcare during a temporary stay in another EU country. You apply for an EHIC in the country where you are resident.

EHICs are used primarily by holidaymakers and second-home owners. However, relocating Brits can use an EHIC, which will be issued in the UK before their departure, to cover their immediate medical needs during their first three months in Spain - after that, they should either be registered for Spanish state healthcare or have private insurance in place.

A British expat resident in Spain should apply for an EHIC in Spain, which will give them the same entitlement during a visit back to the UK. If seeking hospital treatment in Spain with an EHIC, ensure you are taken to a public hospital and not one of the many private ones - treatment received in the latter will not be covered by your EHIC.

On paper, residing in Spain below the UK State Pension age means you are not entitled to free NHS treatment without an EHIC or proof of valid health insurance.

In most villages in Spain, you’ll see the neon green cross of a local pharmacy, or ‘farmacia’, while towns or coastal resorts are likely to have half a dozen, or more.

In Spain, practically all types of medication, including paracetamol, must be bought from a pharmacy - not a supermarket, which means that in towns of a certain size, there will always be a pharmacy open 24 hours a day.A pharmacy that is closed after hours should indicate on their door where to find an open one.

Many medications that would require a prescription in the UK can be bought freely - and work out cheaper - at a Spanish pharmacy, including antibiotics and stronger than average painkillers. Because of this, pharmacists will often deal with minor ailments or health issues that in the UK would be treated by a GP.

How much you pay for medication prescribed by a doctor will depend on your personal income - pensioners typically pay 10 per cent of the cost of their Spanish prescription, more if they have high incomes.

On the whole, medication is not just more accessible but also cheaper - the same pills acquired with an £8.20 prescription in the UK might be €2-€3 in Spain.