Top Tips On Letting Your Overseas Property to Friends 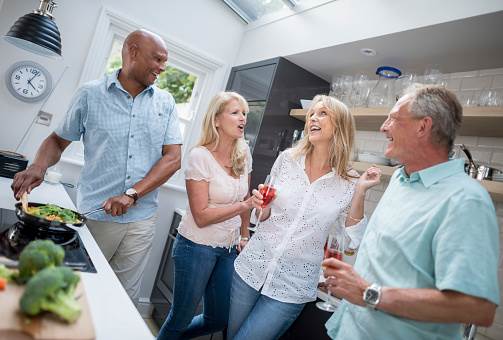 Our expert Nigel Lewis looks at the thorny issue of goodwill and guests at your overseas property.

Let’s cut to the chase here. For many people, one of the key pleasures of owning a holiday home is to oﬀer it to friends and family. And why not? It’s a nice way to cement friendships and family ties, not to mention being a lovely gesture, and many holiday homes sit empty for a lot of the time.

I have ﬁrst-hand experience of this. During the early 1990s, I begged a free week at my aunt’s ﬂat in Nerja on the Costa del Sol. All I had to pay was the ﬂight out there – but it cost a little more than that in the end. My friends and I didn’t trash it, exactly, but I omitted to replace the gas cylinder I’d depleted while cooking. And I left their guest towels, wet and festering, next to the guitar-shaped swimming pool for the cleaner to pick up.

Even worse, I forgot to thank her. I have not been invited back. And deservedly so. But as my aunt found out, there are risks attached to being generous. People behave very diﬀerently on holiday than they do at home.

This was a recurring theme among the overseas property owners I have talked to. This varied from cracked hobs repaired with (ﬂammable) super glue to unpaid bills run up at local beach bars, which had to be paid by an embarrassed villa owner.

"They phoned up and asked if we could pay for an alternative property, which was a bit of a shocker!"

I have also been told of owners being asked by cash-strapped friends if they can take their families on a cheap holiday to Spain, only for it to be used to host more illicit romantic pursuits.

While that’s extreme, in general, many owners I spoke to reported that friends and family often forgot who they were borrowing the property from and that the stay was free.

“We used to have a rural villa in Greece and at one point it was damaged during a forest ﬁre just before our friends went out to use it, as a favour,” Georgie Hegarty tells me. “They phoned up and asked if we could pay for an alternative property for them to use in the area, which was a bit of a shocker.”

One piece of advice many of the owners oﬀered me is not to charge your friends or family any rent, however tempting the extra cash may be. This is particularly true in Spain where there is a controversy about undeclared rental income in some regions.

However, it’s more than just tax diﬃculties. Emma Myers, who owns a gîte in France, told me that her friends and family behaved better when they felt it was a “favour” rather than a commercial transaction.

And Jean Robertson, who has a two-bedroom garden apartment in Spain’s Bay of Roses, takes things even further. She sends friends and family a letter setting out the conditions of their “free” visit – including that they should leave cash under the bread bin for the cleaner.

Click below to read our useful guide to renting our your overseas property, from handling maintenance queries to leaving memorable gestures.

read our full guide to renting out your overseas property