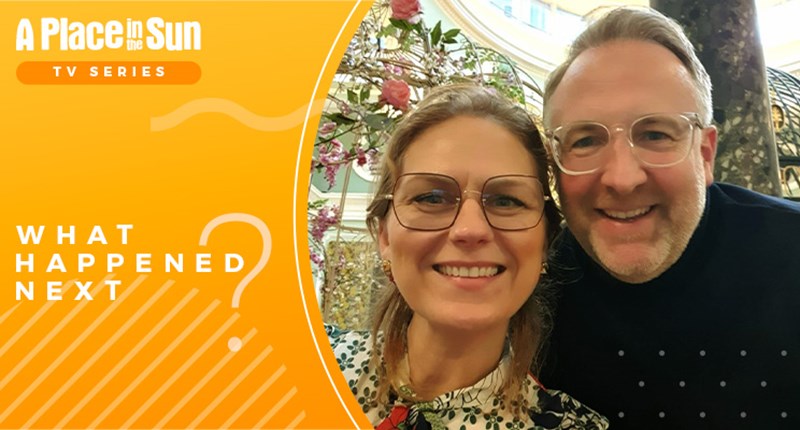 “We lost one dream property in Spain but found another”

Married couple Greg and Reda from Peterborough have wanted to move to Spain since 2020 to enjoy working on a property with some land, and more to life than “work, sleep, work, sleep’ as Reda puts it - Greg works as a counsellor and Reda as a paralegal. They went out to film in Spain with Lee in July 2021 looking for a three-bedroom property with a pool and had their counteroffer of £83,750 accepted on property number three, but the story didn’t end there… 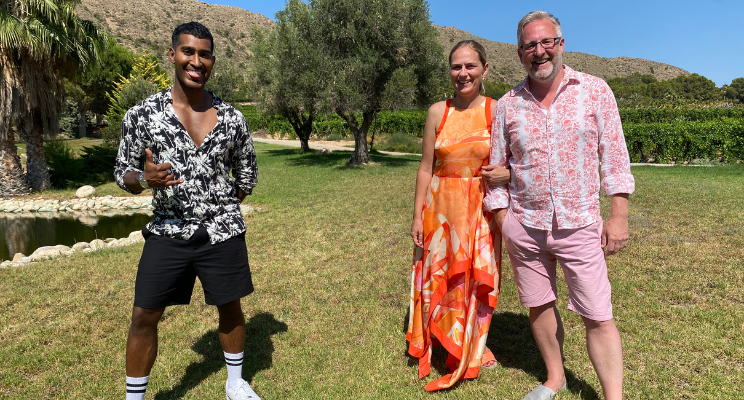 Greg, 49, tells that although the property in Ontinyent seemed perfect, it turned out to be a ‘bit too good to be true’.  “We had learnt from watching other programmes that you have to ask the question whether it was legal to build a swimming pool on a Spanish rural property, he says.

“So our solicitor started doing some enquiries about the pool that had been half built on the property. In the process of speaking to the local town hall about this, it was discovered that the land on which the property sat was categorised as ‘industrial’ which meant that at any time the council could build a road through it, even if a few years later. We couldn’t take that risk.”

But the couple were determined to find another property as the programme had really fired their enthusiasm and helped them hone what they wanted. “We went back twice to Spain in a month and then in January 2022, we went out to view a property we’d seen online in Biar, a village 20 minutes from Elche, southeast of Alicante.

“We were super-excited to see it as it again had everything – the views, three bedrooms, a pool, outbuildings, five acres of land including olive and almond trees,’ says Greg. “Reda thought it too good to be true (again) but luckily we managed to buy it for €120,000 (£112k) and is all going through so we complete shortly. It needs work, so we are planning to do this in early 2023, before moving out there in March or April.”

The couple can apply for their residency permit relatively easily, with Reda’s Lithuanian passport, and the couple will convert one of the outbuildings into an office for him, and half of it as a guest suite.  There were three outbuildings on the property, but two were illegally built to have been knocked down. 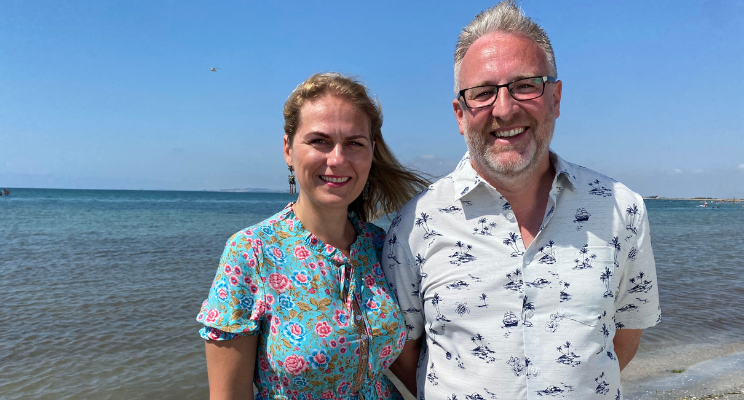 “It seems quite typical with Spanish owned holiday homes that they add extra bits – like a pool or an annexe – and don’t worry about it until when they come to sell, when they will then try to legalise with the local town hall, says Greg. “If the town hall says no, those parts need to be removed. But a good lawyer should check all this for you. Luckily we weren’t bothered about losing the two buildings.”

But the couple loved the whole experience of filming. “It was great fun being with Lee and the TV crew. We got to see some new areas and it gave us a real understanding of what we wanted and how to buy it.”

Properties for sale in spain