What happened next? Yvette and Agata 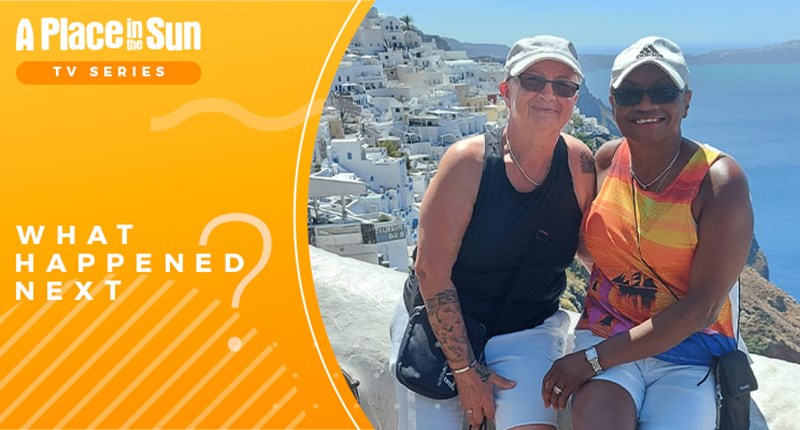 “We learnt valuable lessons from going on the programme”

For married couple Yvette Ferraro-Beckford and Agata Beckford-Ferraro from Manchester it’s about time to slow down and have ‘Sunshine in our faces, warmth in our bones and a smile on our faces’, to which Agata adds ‘And wine in our glasses!’. This warm and lively couple who met later in life have funds buy a new home in Portugal where they hope to move permanently. They went out to film in the west-central Algarve in June 2021 looking for a three-bedroom property with a budget of £300,000 and put in an offer on property number five…

When I catch up with Yvette, 55, and Agata, 63, they are still in Manchester with Yvette working hard on becoming a personal trainer whilst working for Salford Children’s Services and both still researching their plan to move to Portugal, whilst also looking after their allotment, and travelling to Greece this summer 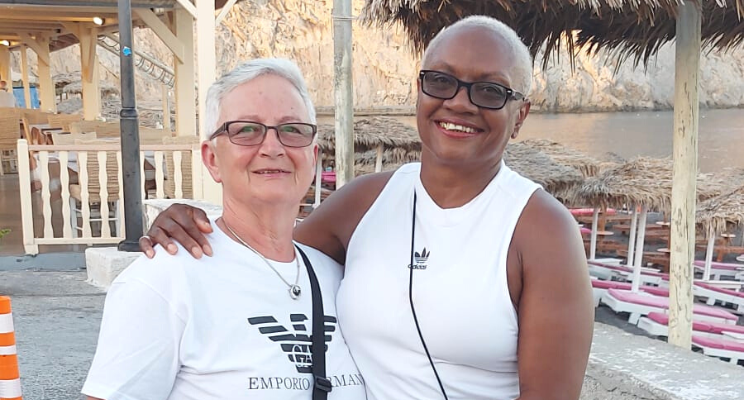 So what happened about property five? “We decided that it didn’t have enough outside space and so pulled back,” says Yvette. “We’ve been out twice since looking for a place and we’ve decided on a change of tack. After visiting Albufeira outside the summer season we decided it was too quiet for us. If we are going to live somewhere full time, we need somewhere less of a resort and more of a year-round town.” 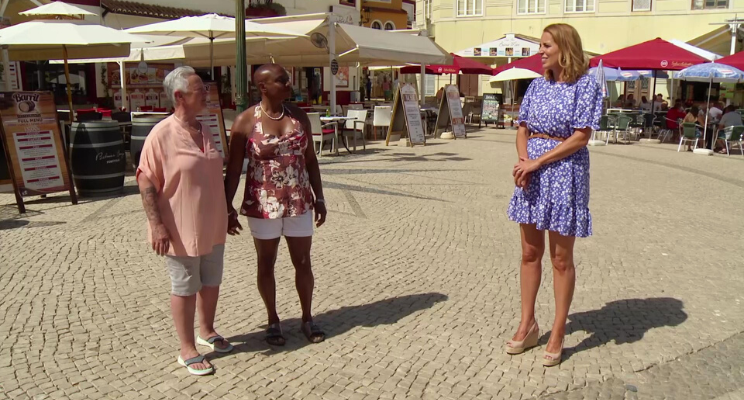 They think was a valuable lesson learnt and have discarded the plan to buy anywhere in the Algarve but still love the idea of living in Portugal – for a healthy outdoor lifestyle they can enjoy, the low crime, the great health service and the fact that gay marriage is widely accepted.

In fact this week they are just about to fly off to Lisbon to begin their search on the Silver Coast, north of the Portuguese capital, an area of great beaches and traditional towns only 45 minutes from the airport. They have picked out Nazare as a potential location – a coastal town with one of the best beaches in Portugal.

“We’ve got our fiscal number [NIF - Número de Identificação Fiscal] and we are doing our research on visas so are really keen that we can make it happen,” says Agata. This includes how best to take their three cats.

The fact that they have also increased their budget – to £380,000 – will also help, as during the past year prices in popular areas of Portugal have been increasing. “Going on the programme was a lot of fun but also very useful in really opening our eyes to what we wanted,” says Yvette, reflecting on the fact that the Algarve is often the first place that buyers think about rather than less well-known parts of Portugal. “We would really advise going to visit places out of season if that is going to be where you will live all the time.” Maybe a case of Silver linings? Watch this space.