The Portuguese Property Market in 2017 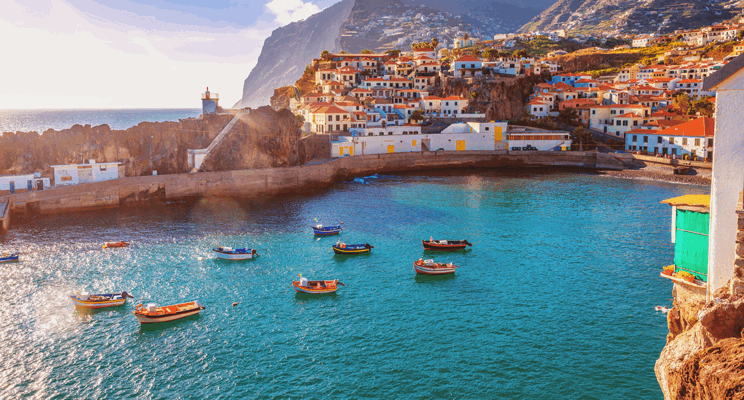 Portugal is the more laid back and solidly reliable country of the Iberian peninsula, and its property market has never experienced the peaks and troughs of Spain. Although buying a home in Portugal has historically been all about the lifestyle rather than the return on investment, this has begun to change in recent years.

So what is happening and why? After the boom years and the 2007 market peak, property prices fell in the popular coastal resorts, just as they did across most of Europe. Whilst hot spots that had overheated in these years suffered drops of up to 40-50 percent - these were seen on parts of the western and central Algarve - other areas tended to be hit less hard because over-supply of new developments has never been an issue as suffered by the Spanish Costas.

The market bottomed out in 2013/14 and since then stabilisation has been followed by price rises of varying rates. The shortage of properties coming onto the market continues to underpin prices, according to the quarterly RICS/Ci Portuguese Housing Market Survey. In 2017 they project that house prices will increase by 5% (on average) per annum. The fact that mortgage availability has been improving, along with domestic demand, has also helped.

In Portugal the market for overseas buyers is relatively somewhat simple to summarise - there’s Lisbon, Porto, the Algarve and then is the rest of the country, characterised by fragmented rural areas with few overseas buyers, or secondary areas of interest such as the Silver Coast, Alentejo and Costa Verde (near Porto).

Price growth is projected to slow down in the capital Lisbon, a location that has been unique in Portugal. Their prices increased by a hefty 30 percent between 2012 and 2015 but have since slowed in 2016, and they are not expected to grow at the same rates as other regions that are way behind in terms of average prices and level of demand. Prices have risen to €10,000 per sqm in districts such as Chiado, but other popular districts are half that.

It is important to note also that sales volumes in Portugal’s second city, Porto, were also higher than the Algarve in the first half of 2017, as international buyers begin to discover the investment potential there. Prices there are €3,000 to €3,500 per sqm for renovated properties in the old town.

So who is buying? The British remain big players, along with Scandinavians and other northern Europeans, and the number French has especially been increasing in both Lisbon and the Algarve.  The successful golden visa scheme of Portugal has attracted many Chinese, Turkish and Brazilian buyers to Lisbon, but not a huge number to the Algarve. Meanwhile, the non-habitual residency scheme has also attracted wealthy buyers from a variety of countries, including the UK.

To look at the British buyers’ favourite market, the Algarve, a little more closely, demand has diversified in recent years to include its western and eastern fringes, rather than the central section where the region’s development started. Now parts of the western Algarve - around the popular Lagos - offer prices similar to those of the popular stretch around Albufeira and Vilamoura. Prices tend to be highest in the “golden triangle” around the resorts of Quinta do Lago and Vale do Lobo, where villas can rise up to €10 million plus. Buyers who don’t wish to pay a premium for the big-name resorts have looked around Loule, near which breakfast TV co-hosts Philip Schofield and Holly Willoughby own holiday homes.

In recent years the eastern Algarve has been catching up in price growth, fueled by French buyers looking for homes for €300,000 or less. For even greater affordability, look behind the coast where your money will go even further - and village life will likely be more authentic.

For more information on buying a property in Portugal, download our free guide below

download our free guide to buying a Portuguese property