Australia is a lot of things that the UK isn’t – big, sunny, and relatively empty – but quite like the UK in lots of ways too, with a similar culture, heritage and language. So the British tend to fit in. Don’t believe that “whingeing poms” thing, most people who go there, stay there.

The Australians have reinvented cities. In measures of the world’s best cities to live in, Melbourne usually wins, with Adelaide, Sydney and Perth in the top ten. This is based on transport, culture, social engagement, health and education.

Strangely, given how much space there is and how everyone lives outside most of the time, property in Australia is quite expensive. The average property price in Queensland is $450,000 for a house and $370,000 for an apartment.

The most “British” of its cities is Perth, where more than one four people you meet will have been born in Britain, but every city and town should make you feel welcome.

Before you get too excited about moving there, however, are you even allowed to? Your basic requirements for permanent residency are to be 49 years old or less, healthy, and never imprisoned for more than a year. Then you’ll need to have an occupation that Australia wants and enough cash for the visa application. If you don’t want to live there you could perhaps buy a holiday home or investment property, but there are restrictions there too – you will generally need to buy a brand new property.

Economically, Australia is a new land of opportunity. It has been for 150 years, but with the rise of the Asian economies and markets it not only has the climate and space for a wonderful lifestyle, but plenty of money too. While the most of the world suffered a long and deep recession following the global financial crisis, in Australia the cash kept rolling in as they sold their commodities to China.

That’s wobbled a bit in the last couple of years, but Australia is still a country where you can be paid well doing a tough job, like mining, ranching or construction. It has the world’s 12th biggest economy – not bad for a place with just 23 million people.

Where to Buy Property in Australia

It has the largest population of British expats anywhere in the world (around 1.3 million) and remains a top emigration destination. But moving there requires careful planning and a realistic attitude.

The dream for many of families emigrating to Australia, is for a home with three or four bedrooms, a veranda and pool and maybe a little land.

However, one problem facing Brits who move to Australia is the high price of such homes, especially since the exchange rate has fallen from two dollars to the pound in 2009 to little over one and a half now, making houses considerably more expensive for British buyers.

There is also a shortage of cheaper priced homes, with the average property costing AUD$459,000 (£286,000), compared to an average UK house at £162,000. Struggling to pay that out of an average wage of around AUD$67,000, suggests that the Australian property market could still use some deflating.

To help people get on the ladder, the First Home Owner Grant pays AUD$7,000 to new buyers in Australia (though some people claim that starter homes are priced up accordingly), and this can be claimed by British buyers too.

The price of flats (‘units’) is not significantly cheaper, since Australia’s baby boomer generation is heading for retirement and pushing up demand for smaller, more manageable properties.

For those detached houses that Britons value so much, there are two main types. ‘Queenslanders’ are traditionally built in timber, raised off the ground to encourage air flow, and endowed with wide verandas (usually shaded by purple jacaranda).

The more modern option is a redbrick house with a tiled roof, which tends to be cooler – an important consideration in such a hot, humid region – and easier to maintain.

Perth has long been a popular choice for British buyers, partly because it was the first port they reached from the UK. It’s a beautiful city of 1.45 million people, at least 10 per cent of whom are British expats. The Economist ranked it as the fifth best city to live in the world in 2009, while Mercers had it at 21 (London was 38). The most British areas are the northern suburbs such as Mullaloo.

Brisbane is the capital of Queensland and offers tax advantages for companies locating there. As well as good job opportunities it has the country’ best weather too, along the Gold Coast. Suburbs such as Redcliffe, on the coast 28 kilometres north-east of Brisbane, and Redland Bay have been popular locations for British buyers.

Down the coast in New South Wales the temperatures get a little easier to handle but the property is more expensive. Sydney has a population of 4.3 million, more than twice as many as Brisbane. Sydney is often a place the British buy in after they have found their feet in Australia and rented for a year or two.

The most popular area is Bondi, especially for working expats, aged 20 to 30. North of the harbour in Kirribilli is popular, for its apartments with views of Sydney Harbour.

On the water, Watson Bay and Rushcutters Bay are good options, though the prices are high, and on Bondi Beach for a good quality home you would pay AUD$1.4 million [£875,000] to AUD$2 million [£1.25 million].

Older people and families might opt for Mosman, which has some very pretty period homes. Budget-wise, AUD$500,000 should buy a one-bedroom apartment in the city or a three-bedroom, detached house an hour from the beach.

Alternatively, inner-city areas like Paddington, New Town and Erskineville have been yuppified and are popular among young couples. In Melbourne, on the southern coast in the state of Victoria, the docklands are a trendy, bohemian area, though prices are high.

How to Buy Property in Australia

Australians have traditionally been more likely to buy a property at auction, with as many as 65 to 80 per cent buying in this way.

An alternative to finding a property yourself is to employ a buyers’ agents who not only find your property for you, but also help to negotiate for it, in return for one to two per cent of the purchase price.

In some states buyers simply employ a conveyancing clerk rather than a lawyer; the process usually taking one to three months from start to finish.

The first homeowner grant (FHOG) is designed to help young people get on the property ladder. The grant is usually set at AUD$7,000 (£4,380), though it can vary. Still, it is a good chunk of the bill for a first-time buyer and is open to Brits, too, as long as they have never owned property in Australia before.

Buying costs are about four per cent on houses and land and six per cent on apartments, but vary from state to state, as do the processes. The biggest cost is usually stamp duty, of 1.25 to 6.75 per cent.

To secure your life in Australia you need to get a visa. It’s worth applying for one through an emigration agent, one that is a registered with the Migration Agents Registration Authority (MARA) and/or is a member of the Migration Institute of Australia (MIA). There are three common visa routes.

First, there is the Skilled Independent visa: this is for under 50-year-olds who have skills that meet the Australian standard for an occupation on the Skills Occupation List – this currently includes accountants, healthcare professionals and bricklayers.

Second is the Skilled Sponsored visa: this is similar to the Skilled Independent visa, but to qualify you must be sponsored by a relative in Australia or be nominated by a state or government agency.

Third is the Skilled Regional Sponsored visa: this is a three-year visa for skilled workers who are unable to get a Skilled Independent visa although you can apply for permanent residency after two years and after working at least 12 months in a ‘specified regional area’.

Visa eligibility is based on a points system.  There are also fairly steep charges for Australian visas, in excess of AUD$7,000 and the application process can take 2-3 years.

To find out more about visas and if your occupation is in demand in Australia visit www.immi.gov.au 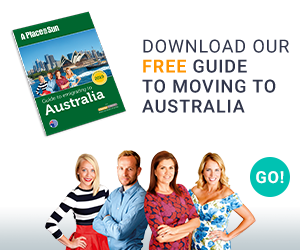 Moving to Australia is a tempting prospect for many Britons but how easy is it to do? Learn more about the legal, tax and healthcare implications of emigrating.

Why We Relocated to Tasmania | Case Study

John, 64, and Margaret Schofield, 65, swapped their three-bed home in Stoke-on-Trent, Staffordshire, for a self-build bungalow in Sorell, Tasmania in Australia. Here they tell us how they made the transition.

The Enduring Appeal of Australia

Australia is still the top choice for Brits moving abroad, so how might you move - or invest - there? Read our guide to find out more.

Taking the long-haul leap to a new life... Australia

Cathy Hawker reports on the options in Commonwealth favourites. First up, Australia