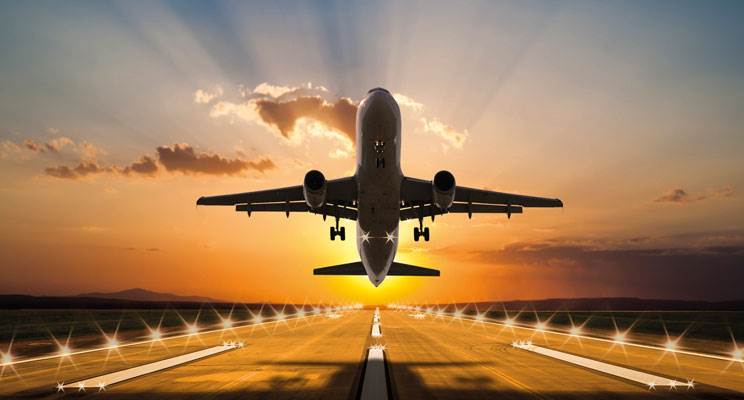 British buyers hoping to purchase a property in Spain’s Murcia region this year have been given a boost following the opening of the brand-new Corvera Airport.

On Tuesday 15th January 2019, King Felipe VI of Spain officially unveiled Murcia’s long-awaited €500m project in a bid to drive more tourism to the region. But will the move encourage more Brits to buy in the area? The general outlook is positive.

Given the large British community living in Murcia and surrounding areas, it was rather fitting that the first plane to touch down was a Ryanair flight from East Midlands Airport, which had departed the UK just before dawn. The Boeing 737 arrived 20 minutes ahead of schedule, beating the king himself who arrived by a private jet to then declare Corvera as officially open.

A Ryanair carrier travelling to Manchester proved to be the final ever departure from San Javier airport, Corvera’s predecessor, which was reportedly carrying former footballer, Sir Kenny Daglish.

The construction of Corvera Airport began in 2008 yet suffered multiple financial and legal delays. But now the completed project, much to the delight of locals and tourists, will be able to handle approximately five million passengers every year. The airport’s website has stated that eighty-one percent of tourism will be made up of individuals from the United Kingdom, as Spain continues to be the number one choice for British holidaymakers and property buyers alike.

- Case Study | Our Property in Murcia

The airport will service flights to nine different UK destinations - Birmingham, Bournemouth, Dublin, Glasgow, Leeds Bradford, London Luton, London Stanstead and Manchester. In terms of arrivals, the new airport has the infrastructure in place to receive a flight every four minutes. Norwegian Air and Jet2.com will also be operating in the region in the foreseeable future too, in addition to Ryanair.

Murcia, otherwise known as the Costa Cálida starts just south of the Costa Blanca but is significantly less developed than the latter. However, the region is becoming increasingly recognised for its quality yet affordable properties for sale, as well as world-class golf resorts, quaint fishing villages and luxury marinas.

Two hotspots in Murcia have been earmarked in our latest Top 10 Best Places to Buy a Property Abroad for their popularity and affordability amongst Britsh buyers. In Camposol, a popular golf resort located 10 minutes from Mazarrón, you can expect to find a two-bedroom property with a budget of £82,000. Another budget-friendly option is Murcia’s Condado de Alhama, where £51,000 can buy you a two-bedroom apartment.

Murcia’s most interesting feature is a 22km long spit of land called La Manga behind which is the Mar Menor, a huge, warm and shallow lagoon at the most south-easterly tip of Spain. It’s the perfect spot for sailing and watersports, with many adventure holiday companies operating from around it. Nearby is the famous La Manga Club, a golf resort with three courses, 28 tennis courts, 1,600 homes and a private beach, very popular with retired British sports stars.

*A full in-depth feature on Corvera Airport will be published in our upcoming Spring magazine issue in March. To subscribe, simply head over to this page.

find out more about Murcia and search for properties