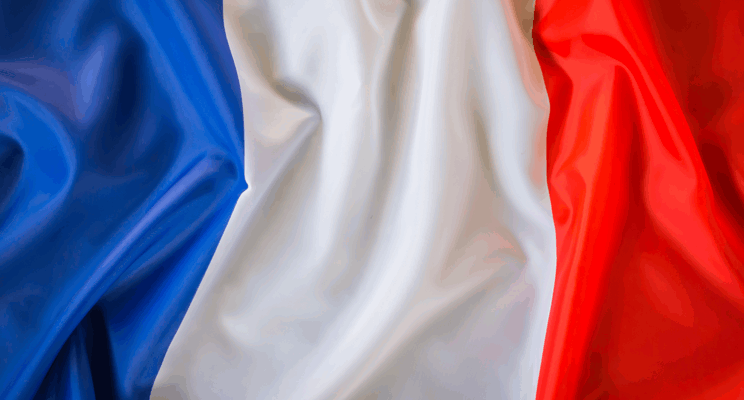 A pretty house in the country offering a superb quality of life and oodles of culture – cross the Channel and you could probably afford it. Here are five reminders why it’s hard to go wrong buying a property in France.

From converted farmhouses to rustic village homes, or seaside apartments to mountain chalets, France provides for all tastes and budgets.

Current market conditions make some property types, including rural houses, especially attractive, with prices comparatively lower than in the UK. It’s also good news if you want a mortgage, thanks to interest rates in France hovering at historic lows.

In Limoges, an area popular with UK buyers, the median selling price of a resale house is just €137,600 (Notaires de France, July-Sep 2017) – compare this to the average price of a UK home, namely £211,756 (December 2017, Nationwide). So, with a budget of £150,000, bagging your dream detached home in the Aquitaine countryside should be easily achievable, and that includes with land and a gîte!

For a slice of the Mediterranean lifestyle, France’s glitzy Côte d’Azur is not the only option. Head west of Marseille and into Languedoc, and prices fall while annual days of sunshine rise. The Atlantic coast could be another option, such as around La Rochelle or in one of Brittany’s ancient fishing villages. For ski homes, the Alpine departments of Savoie and Haute-Savoie are a particular favourite with UK buyers, thanks to the choice of resorts, and proximity to Geneva Airport.

France attracts more tourists than any other country in the world. It welcomed 89 million international visitors in 2017, comfortably ahead of Spain in second place with 82.3 million, according to the UN’s World Tourism Organisation.

This can only be welcome news for homeowners in France. A healthy tourism industry not only helps somewhere to flourish, with the local economy benefiting from the money that visitors spend there, but owners can also capitalise on increased rental demand for their property. France has an established holiday let market so if you buy sensibly in a good area, it shouldn’t take many weeks to cover your running costs through rental income. It’s quite common for expats in France to earn extra income by buying a property with a gîte, typically a converted outbuilding, which they rent out.

DOWNLOAD OUR FREE essential GUIDE TO BUYING A PROPERTY IN FRANCE

Nowhere can match France for ease of access from the UK. British homeowners have the choice of travelling there by car (via the ferry or Channel Tunnel), rail (via the Eurostar) or a short plane journey.

France’s extensive motorway system is ranked one of the best in the world and means no corner of the country is inaccessible on four wheels. The northern regions of Brittany and Normandy are especially easy to reach, but driving to other hot spots like the Loire, Limousin or Poitou-Charentes is perfectly doable.

France continues to grow its high-speed TGV rail network, thereby connecting most large cities with Paris, which in turn is linked with London.

The combination of France’s diverse natural landscapes and work-to-live attitude means few nations embrace the outdoor lifestyle like the French. In many parts of the country, water is integral to leisure activities - and the Mediterranean and Atlantic beaches are just the start of it.

Hundreds of rivers flow through the French interior, including the Loire and Dordogne, verdant areas dotted with ancient, picturesque villages that have attracted Brits for decades. Lakes, many within one of France’s ten national parks, are in abundance too, in particular in Limousin, also known as “The Land of a Thousand Lakes”. Throw into the mix the activities on offer in France’s mountain ranges, including the Alps, Pyrenees, Massif Central and Vosges, and you’ll never get bored.

Key to enjoying France is tapping into the local culture and gastronomy. Highlights of being a French homeowner are often the simple things – the morning croissant run to the village bakery, shopping at the fragrant food markets, watching a game of boules over a glass of wine or going to local festivals.

Of course, food is a major plus point. From internationally acclaimed ‘haute cuisine’ to €10 plats du jour, French cuisine delivers on all levels. In rural areas, eating out in cosy family-run restaurants, where you can sample local specialities or tuck into a bargain set menu never loses its appeal.