Where To Find Cheap Portuguese Properties for Sale 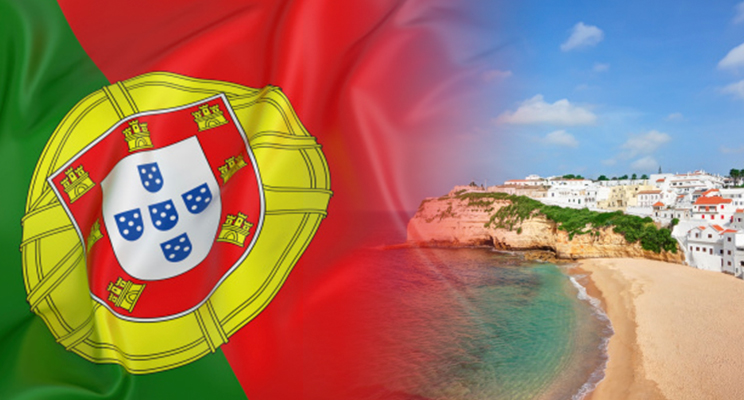 (This article was last updated in April 2018)

Most of Portugal offers a great choice of cheap properties for sale if you know where to look. It’s a fabulous country - beautiful, friendly, laid-back and in recent times, tax-friendly to boot.

Foreign demand has been steadily increasing across the country for all of these reasons as well as the security and quality of life there.

Golfing continues to be a big draw too, with the Algarve celebrating 51 years of the sport, whilst the western part of it – along with the Silver Coast - is famed for its surfing beaches.

Property prices are still down from their 2007 peak on the coast so now is a great time to buy there, whilst its two major cities, Lisbon and Porto, are undergoing exciting regeneration.

Properties for sale on the Algarve

Most British buyers seeking to take advantage of the laid-back Portuguese lifestyle, the Mediterranean climate and beautiful beaches will head to the Algarve. Less developed and less tourist-clogged than the Costa del Sol it remains in large parts charmingly authentic with a lifestyle that is safe, secure and also surprisingly affordable.

But where to choose? Most of it is now within an easy hour’s drive of Faro, much of the central part less than half an hour. For golf courses, the central Algarve offers the best choice, whilst some would argue the best beaches are west around Lagos. Meanwhile, the eastern tranche feels the most rustic and has traditionally offered the best value homes.

If you want to be close to the upmarket resorts and golf courses of the central Algarve, the key is to buy close to the so-called “Golden Triangle” but avoid the locations that come with a premium. So you can get – around Almancil and Loule - a three-bed, three-bath detached property for around €300,000 – less than the cost of a small apartment in nearby Quinta do Lago resort.

Or maybe you want a lock-up-and-leave pad close to the sea? Albufeira and Vilamoura have long been very popular for rentals as they are so well-located and close to so many amenities - in the latter you can get one-bedroom apartments from just under €90,000, but do consider if it might be worth spending a little more for a larger/ better-accessed one - say, €130,000.

Those seeking something a little more rural, you can get a four-bed farmhouse just behind the A22 highway along the Algarve for less than €200,000 – your money will usually go further as you head inland. Heading west a little, the Silves/Algoz area offers plenty of choices if you want a comfortable three-bed home for less than €300,000.

The western side of the Algarve feels different yet again, but beware some parts of Lagos have got pricier in recent years if you are on a tight budget. However, you can still get a two-bed apartment behind the wonderful Meia Praia beach on the outskirts of the town, for €230,000.

In the past couple of years, the rough-edged charm of the eastern Algarve is being discovered and look to the lovely beach village of Cabanas de Tavira, near the riverside hub of Tavira, where you can buy one-bed apartments for €100,000 – or three-bedders for around €200,000. Sao Bras de Alportel is also worth a look - and handy for a day trip to Spain.

If you are looking to gain some decent rental income from your home, consider buying close to a golf development, or several golf courses, so that it might attract golfers for weekend trips during the shoulder seasons. Properties close to the beach, but nothing else, won’t have quite the same year-round appeal.

search for a property for sale on the Algarve

Properties for sale in Lisbon

Lisbon is a coastal city that becomes ever fashionable, yet the downside of this is that the capital city is getting more expensive. The historic waterfront is undergoing a major facelift, and the regeneration of the historic Chiado district has been a big success story - ten years ago it was something like Porto’s Baixa district (on which more below).

Retirees, families and a growing population of tech industry workers live full-time in the city, which also includes the beach towns of Cascais and also Estoril - the latter more sophisticated but arguably less charming than the former fishing village of Cascais. Inland Sintra, is also popular.

If you want city centre value, forget Chiado, where prices have soared in three years, and look at the elegant district of Lapa, the increasingly popular design district of Santos – or Alfama, the ancient district bordering the Tejo estuary.

This waterfront district of Santos offers tiny houses and former warehouses (home to many of the new start-ups) offers good value - remember this is a capital city after all. You can get a spacious, well-renovated two-bed apartment in a character building for €300,000.

You can also move out of the centre for greater value - you can get a three-bed apartment in Cascais for less than €200,000.

For greater value still, head north up the Lisbon Coast and areas such as Cadaval and Alcocentre - only an hour away from the city you can get an attractive three-bedroom villa for €130,000. Or the same in nearby Lourinha, where you are also close to Praia da Areia Branca beach.

search for a property for sale in Lisbon

Properties for sale in northern Portugal

Historically the British have been attracted to the area around Porto on the northwest coast for far longer than we have the Algarve. It may not have quite as many hours sunshine in the north (but more rain) but the green and verdant valleys of the Douro Valley are (again) increasing in popularity.

Interest in centred on Porto, Portugal’s second city, UNESCO World Heritage Site, a cultural hub and centre of wine tourism.  Stylish new gin bars and restaurants are popping up Porto, where investors are also beginning to snap up beautiful old townhouses in need of TLC.

There are plenty of flights to Porto’s stylish modern airport and with the old town undergoing something of a transformation, now is the time to buy, before prices rise as fast as they did in Lisbon in recent years.

Look to the regenerating old town, or Baixa, for the best bargains. It’s on the north bank of the Douro River where regeneration is happening fast and the new scene has shifted to.

If you are keen to attract holiday rentals, go for period properties with a classic charm that are renovated to a modern, minimalist standard within. A little outside space - a terrace or balcony - could set your property apart from others.

download your free guide to buying a property in Portugal

Properties for sale on the Silver Coast

The Silver Coast is north of Lisbon on the Atlantic and famed for around 150km of unspoilt landscapes of craggy headlands, fabulous beaches, some of Europe’s best surfing and also some striking contemporary architecture. It’s reached via Lisbon airport - an hour or two by car, depending on where you go, although the northern stretch is easier from Porto airport, which is also served by low-cost airlines.

The former fishing village of Ericeira is a fashionable spot to catch the biggest waves, while the Obidos area further north has long been a sought-after location, along with the Praia del Rey golf resort. If historical fishing villages or towns are more your style, then choose between Leiria with its Moorish castle, the charming fishing village of Peniche, or the seaside town of Nazare.

This region tends to be more affordable than most of the Algarve.  Whilst prices will be higher in the more fashionable spots around Obidos and Nazare, elsewhere you can get plenty of options with a budget of €120,000 from rustic two/ three-bed houses or renovated apartments. A nice villa costs around €300,000.

Check out the town of Caldas da Rainha that ticks many boxes for a laid-back get buzzy summer playground - it’s close to Praia Foz do Arelho, a beautiful lagoon with surfing and kite surfing close to hand and also great fish restaurants. Little houses to renovate from around €60,000.

Consider public transport links when choosing a location if you want to rent out your property. Rail links along the Silver Coast are notoriously slow, and buses from Lisbon (and its airport) are much better but how regularly do they run to the town? More than twice a day is useful.

search for a property for sale on the silver coast