Case Study | We Chose a Property in Turkey Over Tenerife 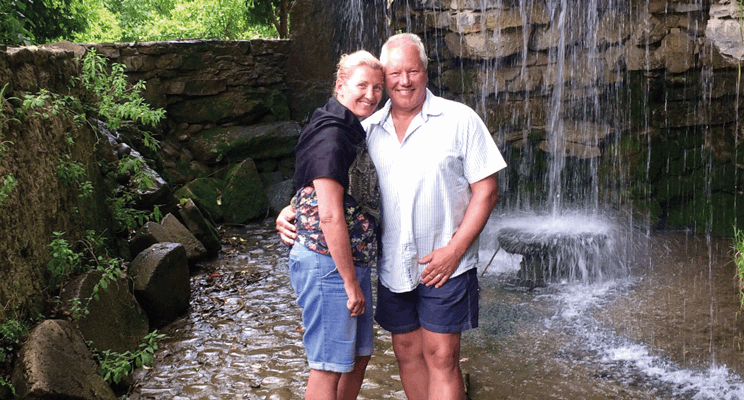 Richard Way meets one couple who are very happy to have discovered southwest Turkey through a trip to one of our property exhibitions...

One viewing trip and the prospect of owning a holiday home outright was enough to convince Steve and Liz Denton to buy in Turkey. The Yorkshire couple paid just £33,000 for their two-bedroom apartment on a small complex on the edge of Altinkum.

They agreed to buy it during their first visit to the resort in May 2015, which came about after they attended an A Place in the Sun Live exhibition. Before that, their only experience of Turkey had been one-day stopovers in Kusadasi and Istanbul while on cruises.

“At the exhibition in Manchester we were surprised to discover we could buy in Turkey without a mortgage,” said Liz. “We met estate agency Turkish Home Office there and arranged to go out two months later and view properties with them, including the one we bought.  From the get-go we really liked Altinkum. The people are really friendly, it’s relaxed and not overly glitzy and it reminded us of how Spain used to be."

When Steve and Liz, who live in Castleford, Yorkshire, and have three children and two grandchildren, first decided they wanted an overseas home, they had plans to buy elsewhere. “Not long before we went to A Place in the Sun Live, we spent three weeks in Tenerife looking at property,” continues Liz.

“Friends of ours have a place there and we were attracted by the year-round sun. But we were put off by the higher property prices and the fact we’d have needed to stretch ourselves financially with a mortgage. Properties like ours cost three or four times more in Tenerife than in Turkey. On-going costs are lower too. Our community fees are only about £380 a year and running costs are negligible.

The Dentons’ duplex apartment is on Mayfair 2, a gated complex between Altinkum (above) and neighbouring Mavişehir with its own swimming pool, bar and small shop. Bodrum Airport, which has direct flights from the couple’s nearest airport at Leeds Bradford, is a 75-minute transfer.

“About half of the owners there are British, while the other half is split typically between Turks and northern Europeans,” added Liz. “It was reassuring being able to speak to some of them before we committed to buy. Some people in the UK might think there are problems in Turkey because of the Syrian crisis, but that’s happening 1,500 miles away from the Turkish resorts! You don’t see any trouble around Altinkum, in fact it’s up-andcoming with its new marina and hotels.”

Steve and Liz, who both work full-time, visit their apartment at least twice a year, typically for two weeks in May and two to three weeks in September. Now into their third year of ownership, they are getting more adventurous with how they spend their time in Altinkum.

“We like spending time at the marina, where you can use the pool and facilities,” said Liz. “Or we go to our favourite beach near the yacht club. Sometimes we do a day boat trip, stopping at bays to swim or to have lunch. This year we did a trip to Bodrum town and we’ve already scheduled a visit to famous Ephesus when we’re back in May next year.”

Download your free handy guide to buying a property in Turkey