Turkey’s largest city is a vibrant magnet for investors where prices are rising, rental demand is high and lifestyle is also a big draw. According to a leading property consultancy, Istanbul had the third-fastest house price increases in the world in the year to the end of March 2016, with an average property price growth of 19.6 per cent.

Istanbul is Turkey’s largest city, its historical, cultural and business centre, and one that’s attracting migrants from the rest of the country (and overseas including Syria) at a great rate. Whilst the official figure is 14.03 million, estimates put it higher, with many of whom are under 30 and settling in the fast-growing commuter towns that spread out 25km from the old centre, built on the sites of former shanty towns.

Whilst the infrastructure of the historic core of the city is groaning under this rapidly expanding workforce (and thousands of tourists and business travellers), which means the traffic is regularly cited as the worst in the world, the new areas to the west are vast high-rise construction sites – one of 5,000 units - trying to keep up with demand.

The combination of Turkey’s pivotal position bridging East and West, its bullish economy and its predominantly Islamic nation are still an attraction to investors from the Middle East, who are not deterred by security issues.

Where to Buy Property in Istanbul

Nisantasi, part of the Sisli district, is the most expensive - an exclusive residential area with high-end shops more akin to Knightsbridge – with an entry-level two-bedroom apartment over £300k.

Galata is highly fashionable whilst Beyoglu is the main shopping/entertainment hub, especially the sub-area of Taksim, which is popular with tourists and undergoing much regeneration.

Taksim is a bit like Islington 20 years ago, with an arty community moving in to live in listed buildings renovated into luxury apartments. If you want an investment for letting, you can get a one-bed apartment for around £180,000 that might rent for £1,500 a month. A two-bed apartment that has been renovated, or is new, costs around £250,000 t0 £300,000. Or you might buy a two-bedroom duplex fully furnished suite within the five-star hotel for around £400,000.

For traditional grandeur in historical Istanbul, though, it is hard to beat a yali, one of the waterfront holiday homes “small palaces” built on the banks of the Bosphorus since the 19th century.

There are over 600 of these, lining both the European and Asian sides of the great strait, from £1.5m for an apartment up to £100 million for a lavish waterfront Ottoman era mansion.

Bebek, on the European side, is a lovely little cosmopolitan enclave characterized by swanky yachts moored on its waterfront but it’s not easy to find properties for sale there.

There is an avalanche of off-plan projects on the outskirts of the city so it’s essential you seek legal advice and research the developer’s background.

Bahcesehir - the “Garden City of Istanbul” is one of the most-established and accessible new communities, and there you can buy one-bedroom units for around £52,000, two-bedders £70,000 plus.

Many of these properties are in blocks of “affordable housing” with shops, cinema, pools, playground, with schools, supermarkets and a hospital locally – all 40 minutes from Taksim by Metrobus.

Other new communities where investors are buying are Esenyurt, Sefakoy, Gunesli and Beylikduzu.

Although most international investors opt for the European side, the Asian side is where demand is moving, and much general investment. There are plans for the world’s fourth longest bridge, linking Istanbul and Yalova, and a new financial centre (the main CBD is on the Eastern side). 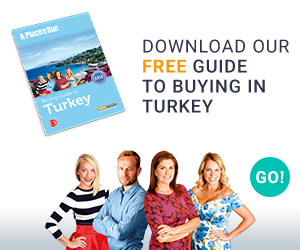