Where to Find Bargain Properties for Sale on the Costa Blanca 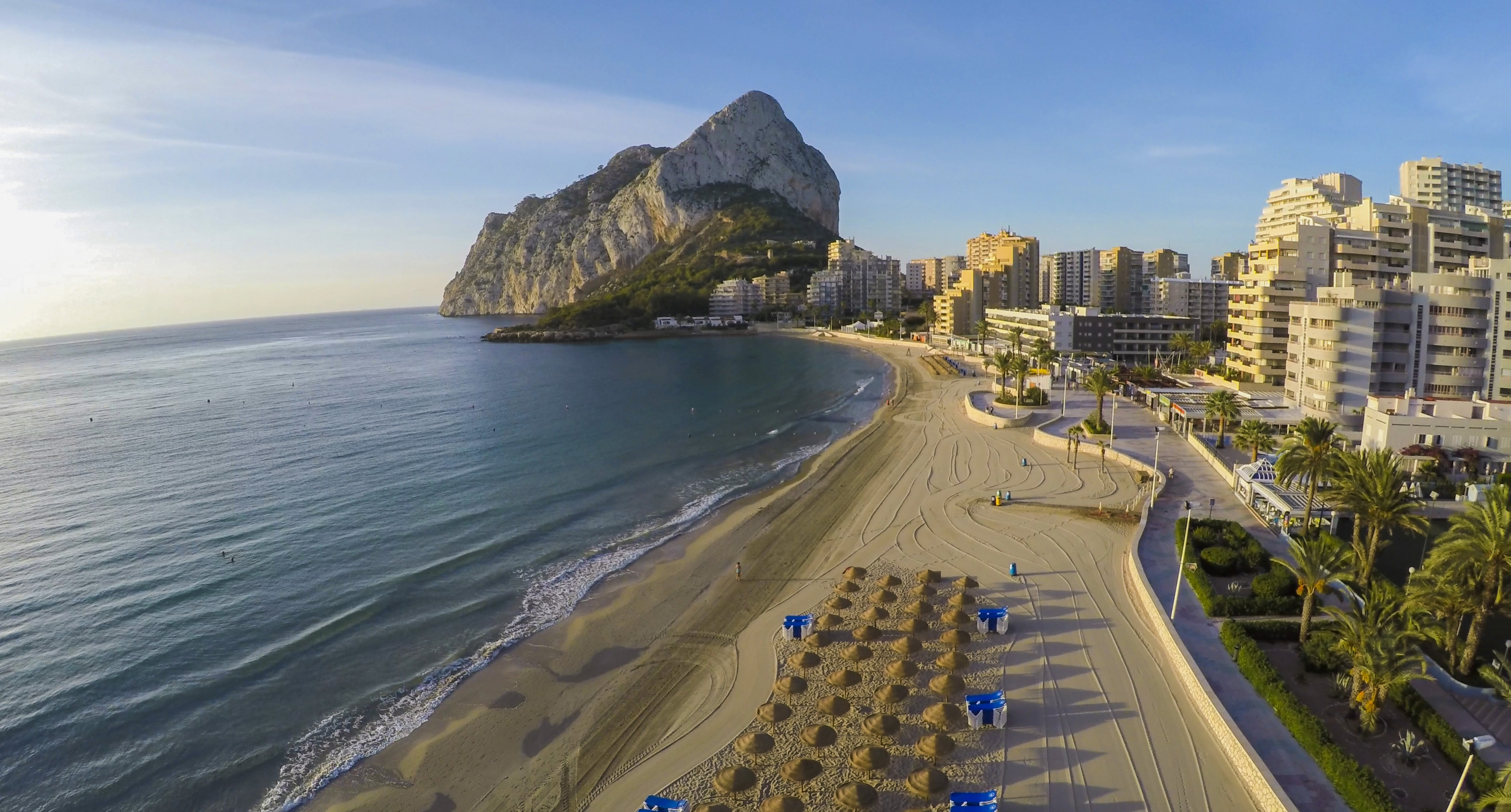 With beach resorts to suit all tastes, a huge choice of affordable homes and excellent air links with the UK and wider Europe, the Costa Blanca vies with the Costa del Sol for the title of Spain’s most popular second home destination. It’s especially popular with Brits, including retirees, who currently buy more property there than any other foreign nation.

The Costa Blanca splits neatly into northern and southern parts, linked conveniently by the AP-7 motorway. Central to both is the main gateway to the region, Alicante Airport, although the north can also be reached by flying to Valencia and the south by flights into Murcia-San Javier.

Here are the key places to search for Spanish property bargains along this famous stretch of coastline.

Getting a bargain property sale in Orihuela Costa

Budget from €80,000 for a two-bedroom apartment a short walk from the sea, but head a five-minute drive (or longer walk) inland to pay less. Expect to pay from €100,000 for an average townhouse near the beach.

Pilar de la Horadada is the most southerly resort in the Costa Blanca and combines a quiet old town with beaches and a marina at Torre de la Horadada. It’s a more traditional, quieter option to the other resorts in Orihuela Costa and prices are also competitive, with resale apartments near the beach from around €90,000.

DID YOU KNOW? The Orihuela Costa has four golf courses all within 10-15 minutes, namely at Las Colinas, Campoamor, Las Ramblas and Villamartín.

find a property for sale in Orihuela Costa

Getting a bargain property for sale in Quesada

A couple of miles inland from Campoamor is the expanding new town of Quesada, a collection of urbanisations where homeowners are predominantly British and other foreign expats.

Prices range from €50,000 for a small apartment up to €1million for a luxury villa, but a sensible price for a two-bedroom apartment is from €70,000. Quads – townhouses that form one corner of a block of four – can be good value with four-bed units from circa €150,000 or a small bungalow with private pool is achievable for around €170,000.

DID YOU KNOW? The neighbouring villages of Benijófar and Rojales offer a more traditional, less developed location but are still close to the expat scene at Quesada. Algorfa is another option, five minutes further inland and near the La Finca Golf Club.

find a property for sale in Campoamor

Getting a bargain property for sale in Pinoso

For those who value rural charm and an authentic Spanish lifestyle over proximity to the beach, the traditional town of Pinoso, also known as El Pinós, could be the answer. Forty-five minutes inland of Alicante city, it’s increasingly popular with expats and its location translates to cheap property prices.

A budget of €50,000-€70,000 delivers a good choice of centrally-located large, modern apartments, a little more for newer townhouses. Detached villas with a plot and pool, often on the edge of town, are available from just €120,000. An alternative to Pinoso that is nearer the coast could be the town of Aspe.

DID YOU KNOW? The countryside surrounding Pinoso is a mix of vineyards, olive and almond groves, and pine forests (whence the town gets its name), but it is especially famous for the production of marble.

find a property for sale in pinoso

download our free guide to buying a Spanish property

Getting a bargain property for sale in Dénia

Built around an old port town crowned by an impressive castle, Dénia is the most northerly resort in the Costa Blanca and one of its largest. Conveniently located an hour from airports at Alicante and Valencia, it’s a year-round destination offering 15-kilometres of sandy beaches.

Most of the beach pads with good rentability are located in the Las Marinas area, while larger budgets might stretch to a luxury villa with views on Montgó mountain. Typical apartments near the beach are from around €100,000 but your money goes further in the Les Deveses and Els Molins areas, at the end of Las Marinas stretch. Average townhouses are €130,000-€200,000, villas €220,000-€450,000.

DID YOU KNOW? Dénia one of the region’s most impressive marinas as well as a fishing and ferry port, offering services directly to the Balearic Islands.

find a property for sale in Denia

Getting a bargain property for sale in Jávea

Jávea, located within a bay overlooked by Montgó mountain, has become one of the Costa Blanca’s most fashionable resorts thanks to the development of its Arenal beachfront area, with its smart promenade fringed by chic bars and restaurants. It also has a charming old town, with its winding streets and cosy tapas bars, and busy marina.

Beach apartments in Arenal are in short supply and cost from around €150,000, so look inland a bit for a cheaper property. Villas in residential areas away from the front, such as Cap Martí, Tosalet, Cap de la Nau and Balcon al Mar, are popular with expats – expect to pay from €300,000 for one with a pool.

DID YOU KNOW? On the other side of Jávea’s southern headland is Granadella beach, a real gem and regarded as one of the Costa Blanca’s prettiest.

find a property for sale in Javea

Getting a bargain property for sale in Moraira

A fishing village turned pretty beach resort, Moraira occupies a picturesque location tucked between low mountains. Low-density residential areas slope down to the resort’s pretty seafront, small marina and main beach at L’Ampolla, giving the area an upmarket feel. Two-bedroom apartments for less than €120,000 are rare in the centre of Moraira, although many buyers opt for a villa with private pool within walking distance of the town, typically paying €300,000-plus. For more affordable options, drive ten minutes out to one of the surrounding areas, such as Benissa Costa, Cumbre del Sol, Los Molinos, Les Fonts or Benitachell.

Two-bedroom apartments for less than €120,000 are rare in the centre of Moraira, although many buyers opt for a villa with private pool within walking distance of the town, typically paying €300,000-plus. For more affordable options, drive ten minutes out to one of the surrounding areas, such as Benissa Costa, Cumbre del Sol, Los Molinos, Les Fonts or Benitachell.

The coast southwards leads to the larger resort of Calpe, famous for the imposing Peñon de Ifach rock formation, which splits the resort into two beach fronts, each fringed with high-rise apartment blocks and restaurants. Front-line apartments here start at around €150,000, but the communities of Tosal, Borumbot and La Canuta are more affordable.

DID YOU KNOW? Strict planning laws that limit building land, protect the surrounding pine forests and restrict the height of buildings, have made Moraira one of the most unspoilt resorts on the Costa Blanca.

find a property for sale in Moraira

Getting a bargain property for sale in Orba and Jalón

Prices drop - and life gets more tranquil and rustic - when you head into the Orba and Jalón Valleys, located 15-20 minutes inland from the resorts of the north Costa Blanca. Properties cost 10-20 per cent less than equivalents on the coast, so with a €100,000-€150,000 budget, you’ll have a great choice of townhouses, both traditional and modern, while €200,000 should comfortably bag you a three-bed detached villa with a pool and country views.

In the Jalón Valley, which is known for wine-growing, areas popular with British and other foreign buyers include Jalón town, as well as Murla, Gata de Gorgos, Parcent, Alcalalí and Lliber. In the slightly warmer Orba Valley, more suited to citrus trees, British buyers favour Orba town, Tormos, Sagra, Benidoleig and Pedreguer.

DID YOU KNOW? The villages of the Orba and Jalón Valleys are refreshingly un-commercialized and offer a taste of real Spain, where the traditional Spanish lifestyle prevails and fruit growing, wine production and local markets remain integral to daily life.