Located in the southern Mediterranean Sea, the archipelago of Malta, Gozo and Comino has been a popular destination with tourists for over 50 years.

While Malta traditionally grabs most of the attention however, its sister Gozo’s unassuming charm is exciting both holiday makers and property hunters alike.

Those who take the twenty minute journey to Gozo from Malta’s busy harbour are immediately rewarded with a quieter, more relaxed atmosphere.

“Their tensions melt away and they completely relax as soon as they are on the ferry,” notes David Pace of Move2gozo.com, “all their stresses of a day in Malta recede.”

A fraction of Malta’s size, Gozo (population roughly 31,000) takes pride in its reputation as a place where one can switch off from the stresses of what the natives refer to as ‘the city’. Indeed, Malta’s heavy traffic congestion and sprawling urbanisation seem light years away from this peaceful island.

Found in the Dwejra Bay area of San Lawrenz, famous movies filmed there include the ‘Count of Monte Cristo’ and ‘Clash of the Titans’, while fans of the series ‘Game of Thrones’ will also recognise the ancient landmark.

Long associated with the mythical island of Ogyia (home of Ancient Greek nympho Calypso), the island is steeped in ancient history. One of the world’s oldest freestanding structures, the Neolithic Ggantija temples, is located in the village of Xaghra.

Today, water sports are especially popular on the island. Fifty-five kilometres of coastline makes kayaking a favourite pastime, while famous wrecks and limestone formations mean divers are treated to an unparalleled topography.

The island emanates a strong sense of community, reinforced by its towns many festivals.

The annual ‘Festival Mediterranea’- a celebration of Gozitan culture – is held in the capital, Victoria. Taking place in mid-autumn, it offers everything from opera and music events to food and art exhibitions.

Also held in the capital are five separate feast days. Scattered throughout the year, these religious celebrations see the town decorated with bright lights and statues, often accompanied with brass bands and fireworks.

Around February meanwhile, ‘second city’ Nadur hosts a five day carnival of its own, with fancy dress and grotesque masks!

The growing popularity of this festival mirrors an increased interest in tourism and property on the island generally.

Where to Buy Property in Gozo

While property in the peripheral areas of Malta might not differ from Gozitan comparables, other districts (around Valletta and St. Julians for example) are popular with international buyers.

Purchases in Gozo tend to be purely lifestyle investments. Those with an eye on a healthy rental return here should research tourism hotspots before they buy.

Close to the harbour in the south-east of the island, the adaptation of Fort Chambray (Mgarr) typifies the often sensitive developments found across the two islands. Significantly, it is classed as a Special Designated Area, meaning foreign nationals are free to purchase as many properties here as they see fit.

Originally a large fortification built by the Knights of Malta, a series of villas, maisonettes and apartments now sit within its walls.

There are three phases of this development (the final phase being almost completed). A number of non-nationals have been attracted by this ‘old medina’ style development, with two and three-bed apartments going for €174,703 (£143,568) and upwards.

Fort Chambray is not the only development in this style in Mgarr. A separate urbanisation in the harbour village also offers attractive properties with modern-style maisonettes at €280,000 (£231,008).

Many Gozitan properties tend to be traditional in appearance, even if newly built. Villas and apartments are a familiar site around coastal areas (Xlendi, Mgarr and Marsalforn for example), while farmhouses (either in need of renovation or ready to move into) are popular throughout the island.

Whether you’re keen on a secluded townhouse or central maisonette, Victoria offers a spectrum of property choices. Two-bed town houses, for example, are often sympathetically restored and tend to go for around the €250,000 (£205,970) mark.

Another area popular with foreign buyers is the north-eastern town of Marsalforn.

On the popular (and more tranquil) west side of the island, a glance at the village of San Lawrenz shows luxury farmhouses at the high-end of the market. Ready to move into (and designed with the original style in mind), you can expect to pay €600,000 for a typical five-bed farmhouse with a private pool.

Meanwhile, lower-budget farmhouses are available throughout the island - three-bed options start around €150,000.

Regardless of budget though, this unhurried island is a great option for those looking for the quiet life. 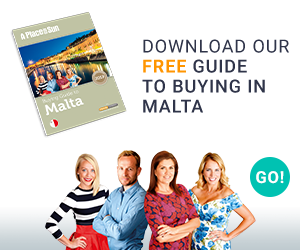 After a life spent moving around the world, Alison and Paul Rutland decided to spend their retirement on Gozo - this is why they chose the low key next-door sister island of Malta.

Malta is making it easy for Britons to make the move there, Brexit deal or not...

Boomtime, betting and Brexit – the little island’s got a lot going on, reports Joanne Christie...