Porto: A City on the Up 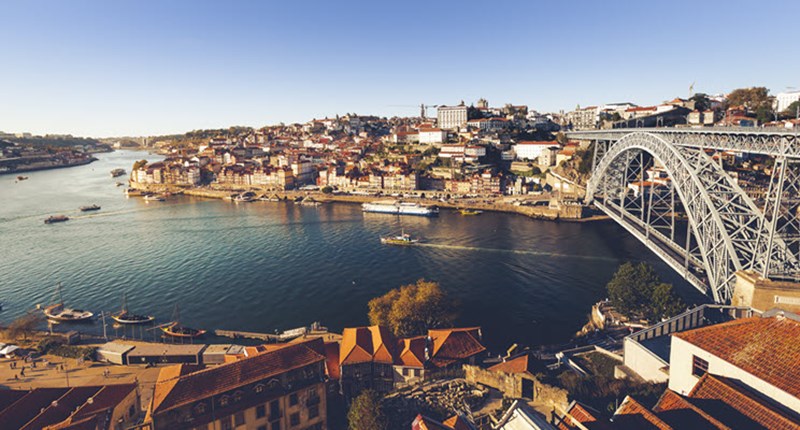 Portugal’s second largest city is evolving fast. The transformation of the country’s capital, Lisbon, where tourism and property prices increased exponentially during the past decade, is being echoed in Porto in the north of the country.

It is perhaps unlikely to catch up, yet anyone in love with the Portuguese lifestyle – or its tax benefits – should perhaps check out the compact city (also known as Oporto) that is, according to local agents, about four or five years behind the capital.

Since 2015 tourists to the city have increased from 3.9 million to 5.3 million last year, with the figures for British visitors up from 100,677 to 154,824, according to the city’s tourist board. The British are noticeably the largest international tranche of tourists in the city, but our history in Porto is after all a long one: we have been the biggest population of expats since we arrived for the port trade more than three centuries ago.

The port houses – Taylor’s, Warre, Graham’s, Cockburn’s, Symington and Dow’s amongst them – sit beside Portuguese, Dutch and German brands on the south bank of the city, Vila Nova de Gaia. They are among the city’s big tourist attractions, along with the scenic cruises along the vine-covered banks of the Douro river, a Unesco world heritage site, and the gothic revival interior of the city’s Livraria Lello bookshop, where JK Rowling was inspired to write the Harry Potter novels.

The British might historically have been the biggest group of expats in Porto, but now, with Brexit uncertainty having played its part, they are perhaps being overtaken by investors from outside Europe, taking advantage of the golden visa scheme that offers residency with a property purchase of €500,000 or more. The NHR (non-habitual residents) scheme offers favourable tax rates to EU or non-EU citizens who decide to spend at least 183 days per year in Portugal. What’s more, there are new flights to Porto from Dubai with Qatar Airways, which will bring in an additional market. 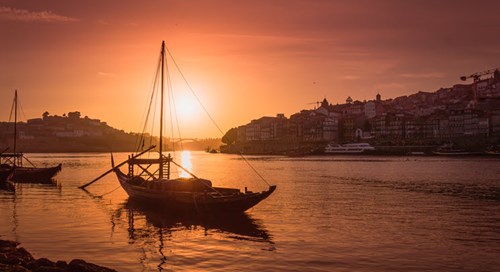 Golden-visa buyers from Turkey, South Africa and Asia differ from those purchasing apartments in the steep, cobbled streets of the historical Baixa district to rent out as Airbnb apartments, tapping into the city’s shortage of accommodation. Streets such as Rua das Flores and Rua Mouzinho da Silveira that were dirty and down-at-heel a decade ago are now alive with the loud chatter of tourists and feature shiny new boutiques and sleek little hotels.

Three years ago the price for one of the formerly rundown apartments or townhouses in the Baixa that had been renovated by a developer was €3,000 to €3,500 per sq m; today it is €4,000 to €5,000 per sq m, according to Helena Belo of the agent Fine & Country.

This is less than half the price of similar apartments in Lisbon’s Chiado quarter, which come in at €8,000 to €10,000 per sq m, according to the agent. Yet the difference is that the Lisbon market has already boomed and has now slowed down a little, whereas Porto is still on the way up. “Porto is around halfway through the rehabilitation process,” says David Moura George of Athena Advisers. “Each time I visit Porto there are new things opening or happening, from a new bar or hotel, a new restaurant by a fashionable chef from Lisbon to a new initiative by the city’s mayor.”

Property prices increased by 32 per cent between 2013 and 2017, according to InvestPorto, the one-stop shop established by Rui Moreira, the mayor of Porto, in 2015 to attract investors.

Athena Advisers is selling a handful of new schemes across the city, working with their local partner, Predibisa. Rather than focusing on individual apartments being sold within the old townhouses of the Baixa, they are focusing on new-build schemes targeting local owner occupiers, or the golden-visa investors.

New-build in the Baixa 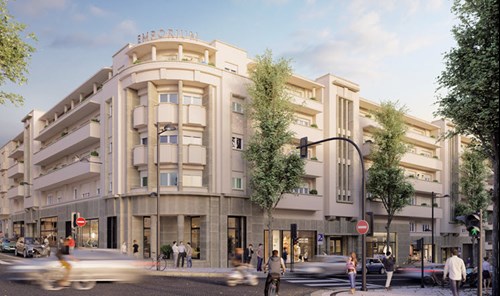 In the Emporium, an art-deco style building on the leafy Avenida dos Aliados in the north of the Baixa, 19 of the 23 apartments have sold since June, priced from €330,000 to €1.2 million. Now there are just three-bedroom units left, from €685,000, which come with high-quality Boffi and Gaggenau appliances and stylish contemporary designs.

Nearby is the Bolhao fresh food market, which is being revamped. The apartments are comparatively large – from 71 sqm – and come with parking and a shared garden, so interest from families has been high, says Predibisa’s Gonçalo Abilheira “This development has ticked all the boxes: central area, parking, garden access and good-size apartments.” He says the average cost is about €5,000 per sq m.

A project that is rather more boutique and has some beautiful historical features is Palacete Cedofeita. It involves the conversion of a small palace (and former police station) into five high-ceilinged apartments of 219-300 sq m, costing from €1.03m to €1.6m (through Athena Advisers).

Located in the district of Cedofeita, in the same street where the owner of FC Porto football club grew up, the building overlooks the mature trees of the next-door palacete’s garden and is a peaceful pocket of the city. Its communal garden will sit above the underground parking offered to owners, behind which eight new twobedroom townhouses – each with a small private garden, which is rare in the city centre as is the parking space – will cost from €595,000.

The finishes are high-spec: chestnut and ash parquet flooring, with modern Dutch light fittings, Miele kitchens and Duravit and marble bathrooms. All the apartments are slightly different, but they all have high ceilings and Juliet balconies or even more outside space. The fact that the apartments have garden access is a real selling point, says Athena Advisers, who report that one buyer has been British.

Bank on the south? 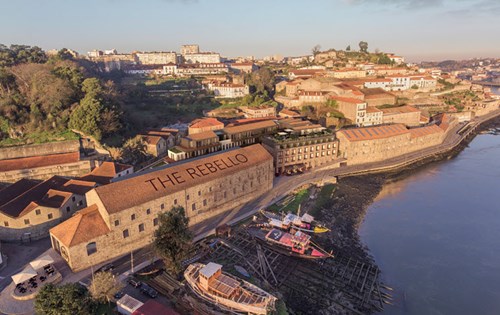 The south side of the Douro – Vila de Gaia – is often referred to as the “other city” by locals in the Baixa (it has a separate mayor), and is where the port warehouses line the riverbank. Receiving less sun than the north bank, it is here that the port has always been stored. It is the industrial rather than the residential side, although that is becoming more fluid. The views from this side – of the ancient monuments of the Baixa rising up the hill – are far better than from the other side.

The wooden boats ferrying port around the river were known as rabelo and it is after these that an exciting new development, The Rebello, has been named. Seven vast stone-built former port storerooms (then a tin factory for a few years) are being converted in a riverside apart-hotel, The Rebello, with 106 apartments, a rooftop restaurant, café and spa, priced from €260,000 to €1.1 million through the agent Fine & Country. The planning process has been a long and expensive one – costing a third of the purchase budget, according to the developer – but there will be more windows inserted in the thick stone walls overlooking the river and bigger skylights in the roofs, with a roof-top restaurant incorporated. Completion is now due in 2022.

There will be parking on the lowest floor and a spa complex and swimming pool for use by owners and guests.

There’s nothing like this in Porto, or indeed Lisbon, although the developer, Morningbridge, has completed a similar apart-hotel model in the capital. “As a business model it works well: investors or golden-visa buyers can use their property for one or two weeks a year, then rent it out for the rest, achieving 4 per cent gross for three years,” says Peter Lowe, managing director of Morningbridge. The Rebello will be managed by Bomporto Hotels.

So far 46 apartments have sold, mostly to overseas buyers. “If this was in Lisbon it would be around three times the cost; Lisbon is fully priced now,” says Lowe, who describes the design of the apartments as “American loft-style with a Portuguese twist”.

What happened next? Yvette and Agata