Case Study | A Painless Property Purchase on the Costa Blanca 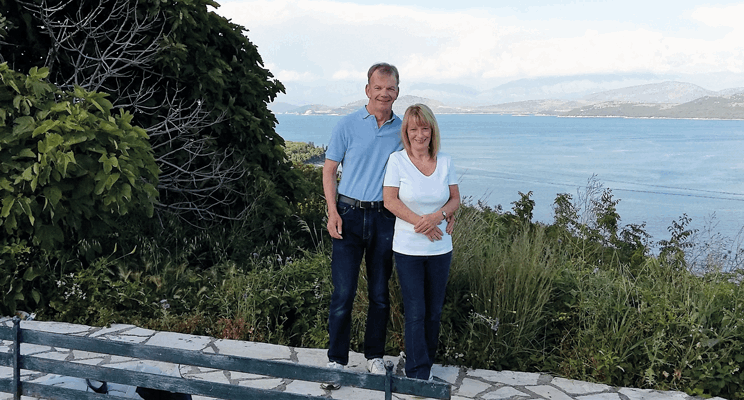 Retired couple Robin Smith and Carol Stockdale got the keys to their new townhouse in Orihuela Costa in February. Part of a development of 16 townhouses, their property was nothing more than a structural shell when they decided to buy it.

“After doing research at A Place in the Sun Live last October, we organised a viewing trip to the Costa Blanca that same month,” said Robin. “We knew we wanted a new property so we asked to view a range of show homes. We especially liked one development that local agent Sunworld showed us, so we returned two days later, chose a plot and paid a reservation deposit. At that time, seven or eight of the other plots had been reserved. A new property had always been our preference. We wanted something we could own from scratch and that would need nothing at all doing to it.”

Robin and Carol, who live in Uxbridge, west London agreed on a purchase price of €199,000 for their townhouse. However, this was without any buying costs or extras. They paid a €6,000 deposit to secure the property, followed by a deposit of 50 percent of the price, which they paid in November, with the final balance due on completion on February 22. They financed their purchase using equity release in the UK.

“As extras, we opted for a pool and the developer’s electrical appliances pack, which included an air-con/heating system and all white goods except a washer,” added Robin. “Once the cost of all these were added, along with the usual fees and taxes, the total cost of our purchase was around €250,000.”

While their property was being completed, Sunworld kept the couple updated on its progress, which included sending them photos. “When we were ready to complete a month later, they also helped us do a snagging list. Overall, the process has been reasonably painless, considering we don’t speak Spanish, and we are very pleased with the end result.”

Robin and Carol bought furniture for their home themselves during trips to Spain in January and February. In April, they headed back out to find garden furniture and to add some final fixtures and fittings.

The couple chose the Costa Blanca for their second home for its easy access from the UK and reliable, warm climate. Family commitments in the UK mean their visits will be short but frequent. Their development, called Hestia Sun Golf, is on the edge of Villamartín, five minutes’ walk from a supermarket and a few minutes’ drive to the beach. Highlights of their property include a solarium and the large front garden area with the patio and pool.