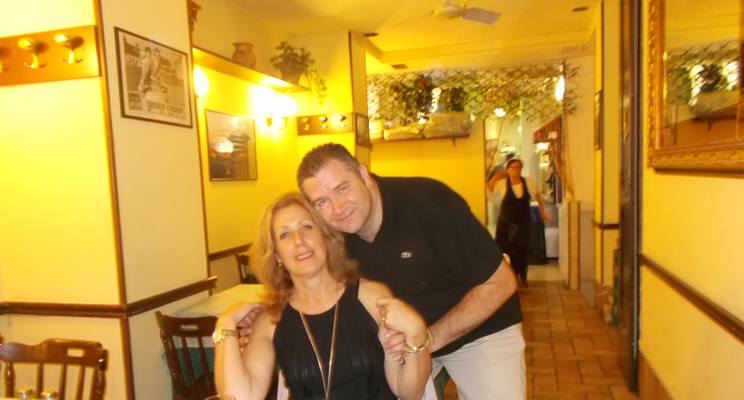 Julie and Tony bought their dream property in Algorfa, Alicante after following A Place in the Sun for many years. Below they give us their personal account into the buying process, and give you some valuable advice!

"The dream started for us several years ago when we began talking about retiring abroad someday, and we already religious viewers of A Place in the Sun. We attended one of the exhibitions and took part in a screen test as part of our audition for the show, and we were ecstatic when we were chosen!

However, as it happened, we were already due to fly out to Spain at the time, and it was then when we found our perfect property. We initially visited the Malaga area at first, and we both loved a small village called Trabuco. However, we found the properties there were slightly over our budget with little negotiation over the price, so we decided to look elsewhere.

More research, and several months later, we decided to explore the Torrevieja region. We hired a car and drove through local villages, discounting them as we went along, as we had a clear image of what we wanted (an authentic Spanish feel, a reasonable sized British expat community and with nearby amenities).

Then we found it, Algorfa!

We walked around the corner into the lovely square surrounded by bars and places to eat, and we both said: "this is it". We enlisted the help of a local agent who took us through towns and villages that we hadn't considered, but we both knew that Algorfa was the place.

We looked at several apartments mainly in the Fontana complex and decided this is where we wanted to buy. We returned three months later, coincidentally the day that Spain had snow for the first time in living memory.  It rained almost constantly for three days, which made walking around looking at property pretty miserable. Everywhere was closed, there was almost nowhere to eat and no one was about.

We thought to ourselves, were we making a mistake?

We discovered that there were quite a few unsold properties in the Fontana complex as they weren't completely finished, but we weren't put off as they were a bargain. Sometimes you need to be brave! We thoroughly advise speaking with locals as their advice was invaluable and they were happy to dish it out.

It was through these after the purchase that we found a plumber and an electrician, who arranged for the agent who sold us the property to oversee the work and payment.

With two bedrooms and a good sized terrace, we settled on a corner apartment which had the added bonus of a Juliet balcony in the main bedroom. There are always compromises to be made, so you need to decide what you really need to have and what you can live without. Research local amenities, find the nearest doctors, dentist and medical centre, and find out whether they're open all year round. Make sure you can fly from your local airport all year round too, and not just during the peak summer months.

If you aren't going to be living in the apartment full time you should find someone you can trust to be a key holder, to clean it, get shopping in for when you arrive and collect you from the airport.

There are plenty of people offering these services, and a good one will be worth the cost. Use an independent solicitor who speaks good English, as everything you sign will be in Spanish and you'll need an interpreter.  We also suggest changing the locks as in Spain many agents may have had your property on their books, so you will have no idea how many people have keys to your new home.

The buying process was pretty straightforward. We signed a Power of Attorney so the solicitor could act for us, and about six weeks later we got an email to say the property was ours! We took a week's holiday and this time we were greeted by beautiful sunshine, everything was open and there were plenty of expats to chat to. We combined a week's hard work getting everything ready with plenty of people watching in the square and joining in with the quizzes and karaoke in local bars.

To sum up we would describe our experience as fun, amazing and exciting!"

search for a property for sale in Alicante

Download our free guide to buying and living in Spain