The Marbella Property Market in Numbers 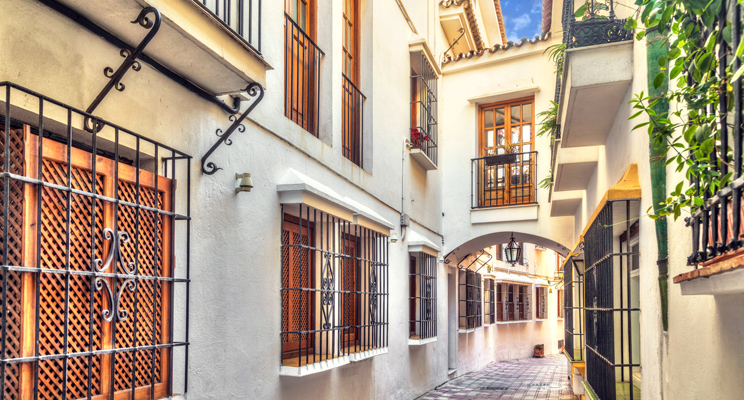 Over the last decade, Spain has had its ups and downs in the property market and although some regions are recovering slower than others, Marbella is still definitely on the up. So despite the country’s slow recovery, the falling markets, an EU referendum and multiple general elections, Marbella and its property market are still standing strong.

When properties were at their highest price in 2007, a sudden stop in the market created a bottled-up demand meant with international buyers waiting year after year to find the right moment to buy. Eventually, once the market dropped to its lowest point in 2011, a surge of buyers entered the market hoping to grab a deal.

Prices started to take a rise again which lead 2014 to see an increase of 28% in sales. However, in 2015 the market took another decline slowing things down resulting in a small increase of only 9.83% in Marbella, and an even smaller 8.97% in the following year.

After the Brexit vote in mid-2016, which gave the market a short wobble, it was evident that no European market would escape the outcome, including Marbella. With the drop in pound sterling, for most potential buyers it became a time of “wait and see” before anyone made the decision to buy.

Which brings us right up to date in 2017, where the prices in Marbella are back on the rise and attracting all sorts of different buyers within a wide price range. Prime land prices are rising as the availability reduces, and construction costs have risen by 10% over the past 3 years.

The recovery of the housing market was initially driven by Russian buyers dominating the market. However, over the last couple of years, there has been a drop in Russians and a rise in affluent buyers from the Middle East.  Although a few UK buyers are awaiting the outcome of leaving the EU, there are still a number of European cash buyers making an appearance with countries such as Holland, Belgium, France and Scandinavia with Norway leading the way.

With its luxury reputation, Marbella is attracting sophisticated and demanding property hunters. At one end the market is currently dominated by properties selling between 1 million and 5 million euros and is becoming a hotspot for those prepared to pay premium prices for immaculate quality and location. However, top dollar is not the only option in Marbella and the surrounding towns.  Properties are selling at all budgets from €100,000 and up.

With the market ever-changing, the majority of home buyers are looking for modern and contemporary apartments and villas. On most wish-lists?  White wash, open plan design and modern kitchens. Home cinemas and games rooms are becoming increasingly important alongside spas and gyms. There is also an increasingly high demand for technology such as home automation systems, modern lighting settings, security and alarm systems.

With the market’s recovery well on its way, new developments planned and designed to a high standard are selling perfectly well, and the prime residential activity is at its best in Marbella with prices above the highs of those in 2006 and 2007. Although seafront properties are still maintaining their popularity, the market will see a growth in properties on the outskirts of Marbella. Unlike developments in the past being built at a speed with the pure aim to sell as quickly as possible, developers today are adapting their properties to suit the emerging clientele with sophisticated, carefully executed new-builds including more “luxury” to please the market at all levels.

Unlike developments in the past being built at a speed with the pure aim to sell as quickly as possible, developers today are adapting their properties to suit the emerging clientele with sophisticated, carefully executed new-builds including more “luxury” to please the market at all levels.

So, even with political and economic uncertainty, Marbella is still standing on its own two feet and its market will certainly continue to grow. Its activity is becoming solid and the demand for new properties is moving in all areas of the price range.

This article was provided by The Spanish Estate Agent, who specialise in sourcing properties for UK buyers on the Costa del Sol.

search for a property in Marbella