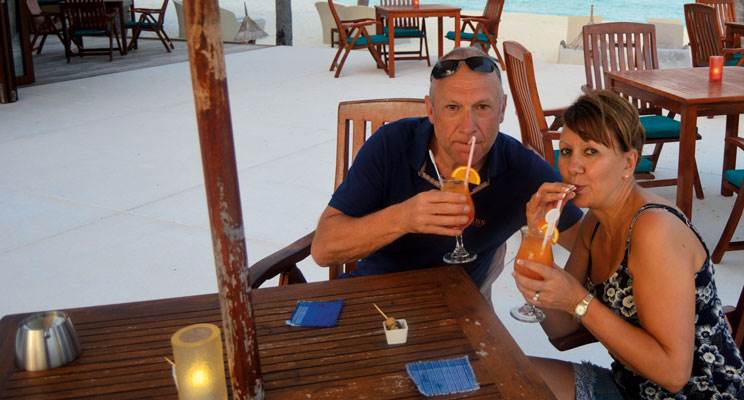 In early 2016, Mark and Alison Smith from Andover, Hampshire, realised early retirement was a feasible option if they moved to France. By autumn that year and guided by a local French-speaking British agent, they had successfully purchased and moved into their dream Dordogne property. Mark reveals all.

“It all happened so fast. Within just six months we had decided to retire to France, done a viewing trip, sold our UK home and moved to the Dordogne!

Rewind to February 2016, when I was still commuting into London from Hampshire. Alison and I, who have ﬁve adult children between us, were watching a TV episode of A Place in the Sun that focused on the Limousin area. We were bowled over by the aﬀordable property prices and how lovely it looked. Never keen to work until I was 65, I had already considered how I could retire early on my military pension that kicked in at 55. After some quick calculations, we worked out that we could manage in France if I retired there and then and we sold up in the UK. We liked the idea of running a gite too, as much to meet people as for some extra income.

In March, we visited the Limousin area for the ﬁrst time ever, viewing around 14 properties. We fell in love with one place shown to us by local agency Limousin Property Agents run by a lovely British couple and had an oﬀer accepted before ﬂying home.

We completed on the property at the end of August, the entire purchase costing us £260,000 including fees and taxes. By then we had sold our home in Andover, so were ready to move to France permanently.

So home for us now is a converted three-bedroom barn in the countryside 35 kilometres south of Limoges. We’re actually just in the Dordogne area, near Payzac and very close to Lake Rouﬃac. Our 1.5 acres includes a two-bedroom gîte (below)– an ideal base for property-hunting as well as holidays, a 10-metre pool and landscaped gardens. We spent the ﬁrst six months settling in and refurbishing, but now have bookings for the gîte from the end of March into September. 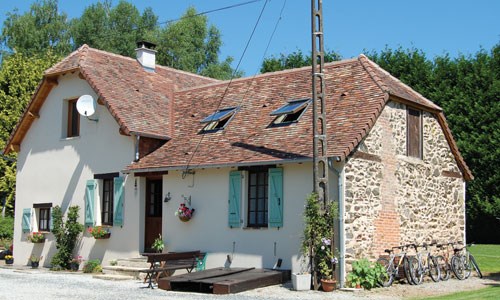 We’ve learnt that you need to be forward-thinking and of the right mindset to do what we’ve done, especially if you’re considering a move to somewhere as rural as us. Of course, ﬁnancial planning is very important – you need to budget realistically and know what your living costs will be. We’ve heard local stories of expats whose funds have literally dried up after moving to France.

When it comes to purchasing, we found that building a trusting relationship with a British estate agent who speaks ﬂuent French really helped. The French buying process is very bureaucratic and involves so much paperwork. Being able to trust your estate agent to guide you through much of this – without the need to have everything translated – certainly, will make things easier".

join the smiths and find your property in Dordogne