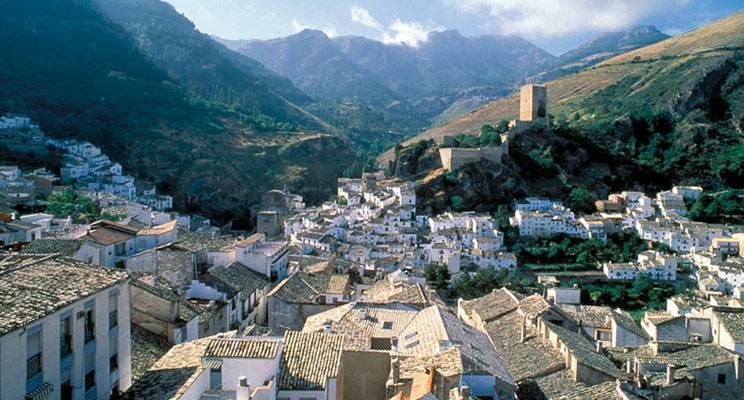 In our latest Five Minute Focus, our editor Liz Rowlinson takes you on a journey to Jaén, a picturesque city situated in Andalucia famous for its love of olive oil and historical central district. If you're looking to purchase a property in southern Spain, could Jaén be the place for you? Here's what you need to know...

Jaén has always been a crossroads between Andalucia and the rest of Spain. Jaén’s strategic northern location has given it access to important infrastructures and development with its key communication location with the rest of the country. Madrid being 3½ hours from the region, Seville 3 hours, 2½ hours to the southern coast beaches and 1½ hours from Granada (Jaén) airport and even the ski slopes of the Sierra Nevada!

Jaén is a land of contrasts - steep hills occupied by wild vegetation, on the one hand, and countryside and fertile land mainly dedicated to the cultivation of olive groves, on the other. This is a rich and varied landscape that does not go unnoticed by the visitor. As a result of this natural wealth, Jaén has the largest area of protected areas in Spain: four natural parks, three natural sites, two natural reserves, and ﬁve monuments and town or city urban parks.

The European Union considers the Natural Park of the Sierras de Cazorla, Segura and Las Villas as one of the privileged natural areas of the continent, a declared Special Protection Zone for Birds and it belongs to the Natura 2000 Network, being the second largest European area with the biggest number of diﬀerent varieties of plant species.

Download our free guide to buying property in Spain >>

Jaén has a surprising cultural heritage, with towns that have been inhabited by Iberians, Romans, Muslims, Jews and Christians. Jaén has six sets of cave paintings classiﬁed World Heritage, an impressive archaeological and museum potential of prehistoric times, Iberian, Roman and Islamic, a whole sample of medieval fortiﬁcations and vestiges whose main examples form the Route of the Castles and the Battles, that of the Nasrid or the Caliphate.

It also has an impressive monumental heritage of civil and religious heritage inherited from the Renaissance period, with Úbeda and Baeza declared a World Heritage Sit by UNESCO. In addition, the province of Jaén is home to the Iberian culture, a territory with imposing fortiﬁed cities, sanctuaries, necropoli and vestiges of battles that changed history.

Olive oil is a key element of the cuisine of Jaén and also makes it a healthy diet. The oil underpins the culture, the landscape and, in short, the way of life of the people of Jaén. Olive oil is one of the pillars of the Mediterranean diet and one of the most prized foods in the world.

The mountains, the high courses of the rivers, the ancient horse paths, the atmospheric conditions, its ﬂora and fauna, make Jaén an ideal destination for adventure tourism in direct contact with nature. Its natural spaces favour the practice of multi-adventure circuits with water and air sports. The Natural Park of Sierras de Cazorla, Segura and Las Villas is another ideal place for trekking, canyoning, ﬁshing or horseback riding, rafting, kayaking and hydrospeed.

The mountain biking and trekking routes found in the province of Jaén are one of the best places for practising in the whole of Spain, with perfectly conditioned and safe green roads, such as that of the Olive Oil route, which runs for about 55 km. There is also rock climbing with dozens of passageways equipped for this practice. The mountains of Jaén are also an ideal destination for paragliding or hang gliding, with ﬂight stations in El Yelmo.

Most foreign buyers are looking for houses in small villages or nearby and with few other foreigners! They often look for houses with a nice view, a garden, fruit trees and a swimming pool. The prices of the properties of course vary but you can get many options with €200,000, although there are more exclusive properties or luxury villas or even large hunting lodges and castles. Jaen has numerous property type options to suit most requirements.

Click below to browse through our properties in Andalucia and other regions in Spain.