Welcome to the Silver Coast

If you like your seaside beauty spot with a bit more drama than the Mediterranean usually offers, a bit more lush than southern Spain and a bit more traditionally Portuguese than the Algarve, then the Silver Coast will be right up your alley.

The Silver Coast (Costa de Prata) begins just north of Lisbon and stretches about 150 km to beyond the coastal town of Nazaré. There is no set definition, though, and some claim that it continues all the way up to Porto, another 150 km north. Development lagged decades behind the Algarve and was further delayed by the financial crisis. Now, however, the Silver Coast is shaping up for another boom period, with prices on the rise.

It is an utterly gorgeous and dramatic stretch of coastline; wild and beautiful sandy beaches and lagoons, backed by cliffs and rocky headlands, hot enough in summer and warm in winter, too. Although relatively unknown and definitely unspoilt, this coast makes the news each year when the world’s craziest surfers flock here to ride its huge waves.

It’s a spectacular coastline, and a convenient one too. You can get to your seaside bolthole from the UK in time for lunch or after work. Both Lisbon and Porto get budget flights all year from the UK, including from regional UK airports. Then it’s a pleasant drive along a good motorway from either.

Going by train is simple too, via London, Paris, Irun and then either Porto or Lisbon on the Sud Express, the sumptuous sleeper service. If you are driving, the Silver Coast is 2,000 kilometres from the channel ports, or 800km from Spain’s ports in Bilbao and Santander.

Although most famous for the beaches, the Silver Coast is part of rural Oeste Portugal. It’s not unusual to see locals riding on a donkey to their farms and vineyards.

There are mountain ranges a little inland offering all sorts of outdoor activities. Golf is more popular nearer the coast and several courses have been built in recent years to tempt us away from the Algarve. Praia d’el Rey, near Obidos, is the most highly rated.

Temperatures here are a few degrees on average lower than in the Algarve: the average summer high is in the mid-20s and the average low in winter is between 5ºC and 10ºC, although frost is rare and most winter days are warm enough in the sun. It can get very windy — hence all the windsurfing. The lower sea temperature may come as a shock if you’re used to the Mediterranean, but it is comfortable for swimming from the early summer to mid-autumn.

Who will love it there?

Just like the west coast of Ireland or Brittany, Portugal’s Silver Coast has a rugged appeal that makes it a favourite for anyone who loves the wilder side of life.

If you ever pictured yourself galloping on a horse down the beach, splashing through the surf with the wind in your hair, here is where your dream can come true. Riding is extremely popular here; it has even tempted such equestrians as Captain Mark Phillips and his daughter Zara to buy here. (You don’t need to be royal to buy here, though: country properties with a little land can be found from €50,000).

Anybody who enjoys sports involving a board and/or a sail will love it. Windsurfing, body boarding, kite-sailing are all popular all year. The biggest waves are generally only in the winter storms and there are also nice warm, sandy lagoons, but remember that this is the Atlantic, with bigger tides than the Med.

Which traditional town is for you?

You see Nazaré in the world’s press most years: it’s the town in the foreground of dramatic “surfer rides world’s largest wave” shots. In 2013, records were smashed when a surfer rode a 100ft wave – the same height as a ten-storey building. The town has a population of about 15,000 people.

Peniche is a medium-sized town sitting on a small but spectacular headland, with the sea on three sides. It has an attractive harbour, photogenic white windmills and long sandy beaches popular for all windsurfing-type sports. The town is a busy fishing port with a population of almost 16,000. It is also a popular surf-school location.

A city of 27,000 people, Caldas is 10 km inland. With museums and exhibition centres and a bustling centre of shops and cafés, it’s buzzing in summer but there’s plenty to do and see in winter, too.

Nicely renovated apartments start at about €100,000. There’s a network of villages around that offers semi-rural Portuguese life, with access to local services and transport links: the bus from Caldas to Lisbon only takes an hour.

Buy a property on the Silver Coast and you can guarantee you’ll be showing all your visiting British friends around this medieval walled town.

It’s not only a local highlight but one of Portugal’s most visited places. It has traditional restaurants serving local fish in the narrow cobbled streets and wonderful views from its battlements — perfect for spotting a nice place to buy. Best of all is the beautiful and dramatic Obidos lagoon nearby, cutting inland from the little beach resort at Foz do Arelho.

A lovely little town set round a lagoon, it has been built up with holiday apartments in recent years, but is a good choice for families wanting something purpose-built and easy to look after and rent out. Two-bedroom apartments and townhouses go for about €130,000-€160,000.

Mafra is a substantial town of 76,000 people with a huge baroque palace at its heart. A few kilometres away on the coast is Ericeira, a town with approaching 10,000 people, which is a major beach and surfing resort. It’s a popular weekend break destination for Lisboetas. 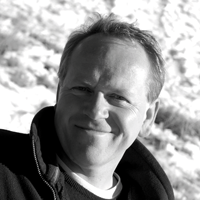