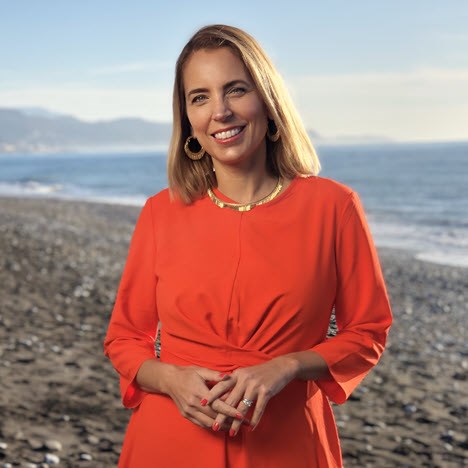 Jasmine Harman is a TV presenter best known for being the face of Channel 4’s award-winning show A Place in the Sun.

The show has taken Jasmine all over the world searching for the best properties for her house hunters. Since she joined the show in 2004 ratings have more than doubled and it is now broadcast in Europe, Australia, New Zealand and South Africa.

Jasmine's favourite filming location is the Caribbean (Barbados and St Vincent in particular), and her most memorable A Place in the Sun filming moment was falling into Lake Vinuela when a house hunter accidentally tipped their canoe over (the moment was captured on film, and made it into the final episode!).

In 2011, Jasmine filmed a very personal documentary for BBC1 called 'My Hoarder Mum and Me', which followed her family's attempts to overcome her mother's compulsive hoarding.  A follow up documentary, ‘Britain’s Biggest Hoarders’ aired on BBC1 the following year and the third instalment in spring 2013.

‘The Zoo Next Door’, again for BBC 1, saw Jasmine meet people who had taken pet ownership to extremes and she has appeared as a regular contributor for The One Show for the past four years.

In ‘Collectaholics’, a hit series for BBC2, Jasmine explored the weird and wonderful world of some of Britain’s greatest collections.  ‘The Truth About Your Teeth’ (BBC1) explored how the latest science and technology can change the way we look after our teeth.

Before her career in television Jasmine worked in the Health Club Industry. She is a qualified fitness instructor and lived in the Algarve working as a marketing manager for a luxury health resort. Here she began writing professionally and hosted her own twice-weekly live magazine show on the Algarve’s most popular radio station, Kiss FM.

Jasmine is still passionate about health and well-being. She enjoys boxercise, salsa and Savante, and has been vegan for a number of years. Whenever she has the chance, Jasmine loves to travel, however as the eldest of seven children, she loves nothing more than catching up with her family. Jasmine grew up in Hackney, East London and now lives with her husband Jon (who she met whilst filming A Place in the Sun) and their two children Joy and Albion.