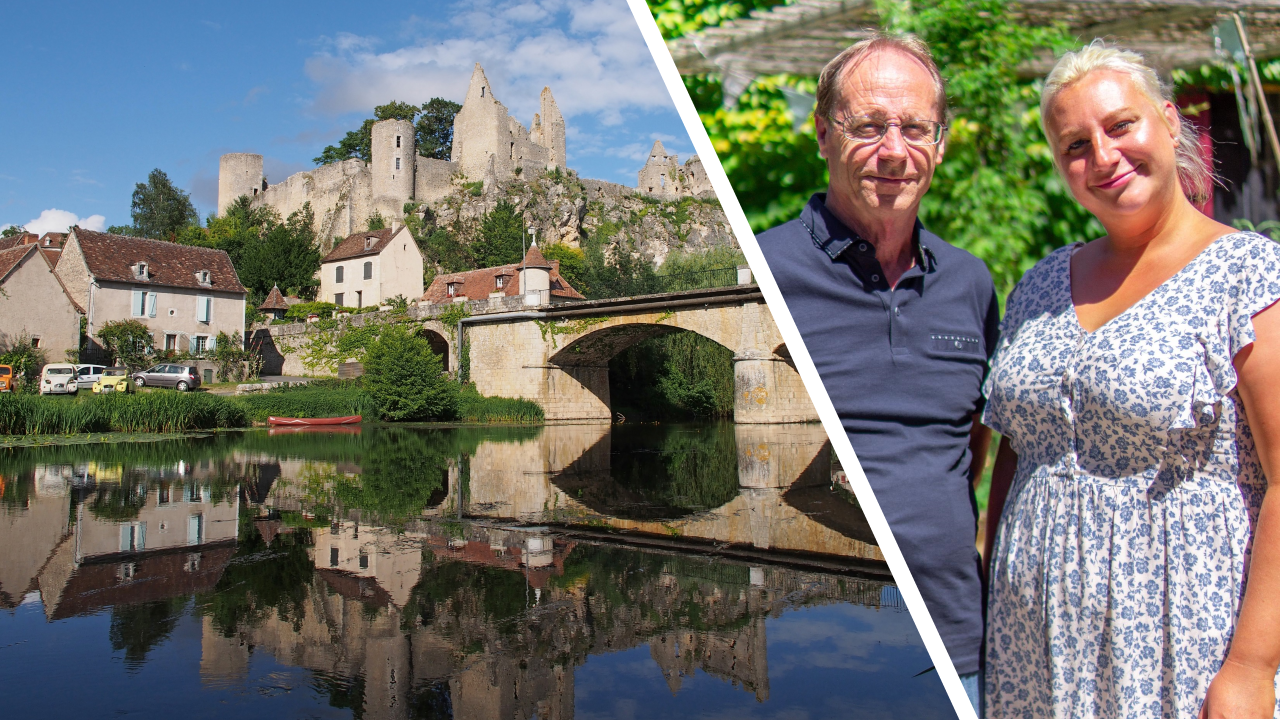 We chatted with house hunter Stephanie to find out about her experiences with A Place in the Sun Currency.

Where did you buy?

I bought a house with my Dad in the Charente in France after filming an episode of A Place in the Sun TV show with Jasmine Harman in August 2020. We moved permanently with my son at the end of 2020 and are setting up a business here.

How did you hear about A Place in the Sun Currency?

Find out more about a place in the sun currency

Why did you choose to use A Place in the Sun Currency?

I spoke to about five different brokers and a lot of them wanted me to sign up and exchange quickly which was quite intimidating. I decided that I needed an expert - someone I'd heard of and someone who could give me straight forward, simple and ethical advice. So I went back to the A Place Sun website and got in touch with Simon Eastman, Head Currency Broker at A Place in the Sun Currency. He was really straightforward and helped me to understand the process of changing money.

We had £310,000 in cash to transfer (all of my Dad's life savings), so the pressure was really on me to make the right choices. I stuck with A Place in the Sun Currency because they are a well-known brand, and I didn’t feel pressured unlike some of the other brokers who wanted to force you into a decision, and I completely trusted them.

Once you decided to use A Place in the Sun Currency, was it an easy process?

Yes, Simon was really straightforward and helped me to understand the process. Because Brexit was on the horizon there was a lot of fluctuation in the exchange rate and although he couldn't predict exactly what would happen to the rates, he was making educated calls on the market and told us to hold tight where previous brokers had told us to buy.

On the day we decided to exchange the money it was really simple - I filled out contracts and forms that A Place in the Sun Currency sent over and took them to the bank with my Dad. I then spoke to Simon afterwards and he confirmed he'd received the funds, which was a massive weight off our shoulders.

Did you save money by using a currency broker?

Yes, we ended up actually getting a better rate than we would have if we'd exchanged our money when we went to look at the property in August last year. By the time we came to exchange in October 2020 the rate had actually dropped significantly (which meant there was a £9,000 difference) - if we hadn't already exchanged our money we would have been priced out of the house!

Find out more about a place in the sun currency

Do you have any advice for house hunters who want to buy a property abroad?

My advice would be to take the stress and anxiety away from the process by using a reputable company like A Place in the Sun Currency. I honestly feel that unless you go with a company that is well-known and has a good reputation you're going to be on the edge of your seat the entire time. The stress of buying a new property is unbelievable and everything balances on that money going through, so you want to know that it's a company you can trust. Using a big name really does help to give you reassurance and peace of mind.

You should also trust your instincts, - my instincts told me that A Place in the Sun Currency was giving me the right advice, that they knew their stuff, and were well established, whereas some of the other brokers I spoke to were just trying to seal the deal and make commission.

Would you recommend A Place in the Sun Currency?

Absolutely! I already have actually, I have friends who are moving overseas (not just to France, where I am now) who I've passed your details on to because I wouldn't use anybody else. It was really quick, really efficient, and really easy for someone who's a complete novice.

I've never worked in finance, I knew nothing about the exchange rate and what impacted it globally I had no idea and it was so far out of my comfort zone - you need someone that's in the know to hold your hand a guide you through!

Get in touch with A place in the sun currency

How to Save Costs on Your Overseas Currency Transfer