Overseas Property & the Countdown to Brexit 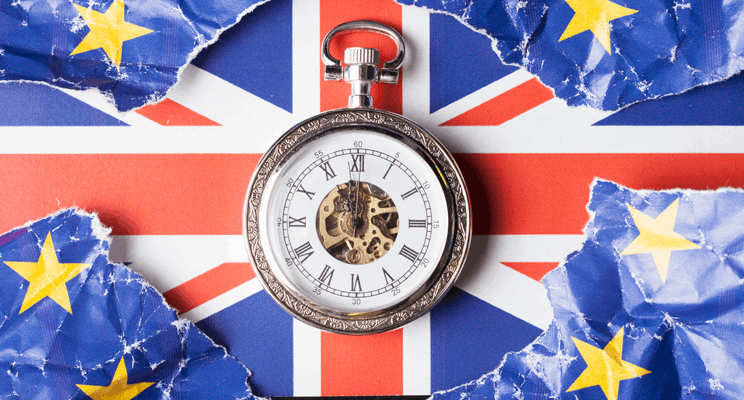 Richard Way provides all you need to know if you are buying abroad before the UK leaves the EU.

More than 8,500 people visited the A Place in the Sun Live exhibition at London Olympia in May – 1,000 more than last year and glaring evidence of a pre-Brexit rush to buy abroad.

This tallies with overseas property businesses reporting soaring interest from Britons. “Over the last year we have seen reservations of our Spanish properties by British buyers shoot up by 77 per cent,” Marc Pritchard, of Taylor Wimpey España, said this summer. “In the Costa del Sol we’ve witnessed a 100 per cent increase in reservations. It certainly seems that Brexit has not dampened British buyers’ appetite for holiday homes, at least not in Spain. If anything, the decision to leave the EU has pushed many into hurrying to purchase a home overseas before the UK actually leaves the EU.”

It’s a similar story in France, where inquiries continue to ﬂow into the largest Anglo-French estate agency. “We saw an immediate drop in inquiries immediately after the [Brexit] vote in June 2016,” Trevor Leggett, of Leggett Immobilier, said. “However, this didn’t last long and in the subsequent months, it became evident that there was a Brexit backlash taking place. Sales increased and those buying increased their budgets. The figure that has dropped is the number of British homeowners moving back to the UK.” If the prospect of Brexit has fuelled a desire to move, or to buy a holiday home abroad, here are some useful pointers – because nothing about the purchase process has changed – yet.

Or the best chance of retaining your right to live in continental Europe and keep your rights as an EU citizen indefinitely you need to move and be established in your new country by the time Brexit happens on March 29, 2019. This was agreed between the UK and Brussels in their first phase of negotiations for a Brexit deal and stated in the joint report last December.

“Many of the people we are talking to are choosing to move to France, Spain or Portugal before March 29, so they are set up and registered in their new country before the UK’s exit,” Jason Porter,  at the international tax and wealth management advisers Blevins Franks, said. “A lot of people are specifying October 2018 as when they want to be ‘in-country’. That gives them six months to get settled, get a residence card and get entitlement to healthcare under  the old system.”

More optimistic people might use December 31, 2020, the end of the transition period, as their cut-off date. According to a draft withdrawal deal published in March, it has been agreed in principle that Britons will retain their EU citizenship status and all accompanying rights if they move during the transition period. However,  this will only be set in-stone once the whole withdrawal deal is signed off.

If you’re buying purely as a holiday home, there is less pressure to purchase before Brexit or the end of the transition period. Jonathan Eshkeri at E&G Solicitors said: “The UK leaving the EU will not affect British citizens during the property purchase at all. The costs remain the same, the right to purchase remains the same and the right to sell and transfer the proceeds of sale out of Spain will remain the same, based on the current position in respect of nationals of other non-EU member states.

Barbara Heslop at the French law firm Heslop & Platt has a similar view for France: “At this point in time, there is no indication or expectation that the cost of buying and owning a property in France will increase for British nationals once the UK leaves the EU. In my view, the French state will continue to encourage investment by UK nationals in France and welcomes the contribution we already make to their economy.

But if you’re determined to beat the Brexit deadline, finding your new home abroad – and selling your house in the UK – must now be a top priority.

The good news is that once you’ve agreed to buy somewhere in Europe, the formal purchase process should be relatively fast compared with the UK. Property transactions in nearly all European countries (Cyprus excluded) are notarised procedures, so once contracts have been signed, deposits paid and your independent lawyer is happy with everything, it’s a case of booking a date for completion at the local notary’s office.

In Spain and Portugal, six to eight weeks is normal, but within four weeks is feasible in the right circumstances. In France “the average timescale for a purchase is three months from when the buyer’s offer is accepted by the seller”, Barbara Heslop, at Heslop & Platt, said.

First, though, you need to find your new home. Use A Place in the Sun’s guides and website to help you pick an area and which estate agents to contact. The best estate agencies will scout around for properties that match your requirements, including those that aren’t on their own books (they will have agreements with the agents listing them) and help to organise your viewing trip. In an ideal scenario, when you know where you want to buy, you should only need to deal with one agent.

Britain is scheduled to sever its ties with the EU on March 29, 2019, so book your viewing trip as soon as possible. Get ahead by appointing a lawyer now or as soon as you arrive, so they are ready to apply for your tax identification number, open a bank account for you and sort out any other formalities when you are there. Given the time constraints you’ll be under, consider granting power of attorney to your lawyer, so they can progress your property purchase unhindered in your absence.

Establish quickly what your realistic budget is. Remember to factor in the buying costs, such as taxes and the various fees, that will be added to the purchase price of your property, not forgetting how the exchange-rate fluctuation could affect your buying power. You’ll need to exchange pounds to euros at some point, so talk to a currency specialist about the best time to do this and how you could benefit from forward-buying your euros.

You also need to start the process of selling your UK home. Be prepared to wait as some areas of the country are sluggish at present, but you should be aiming to have accepted an offer before the winter.

Above all, be flexible. If things happen fast, don’t brush off a reasonable offer in the UK because you’re not quite ready to move to Europe. You could always rent, either here or abroad, while you continue the hunt for a new home. Beware that if you take too long to sell your UK home after you have bought and moved to Europe, it could be classed as a second home sale and attract capital gains tax – just one of many reasons to speak to financial advisers such as Blevins Franks.

Get yourself in the system

Don’t kick back too soon after getting the keys to your new place in the sun – there’s important paperwork to be done. Crucial to your case for retaining reciprocal EU rights after Brexit is registering as resident in your new country and getting established in the local social security system, both as soon as possible (ideally before March 29).

Jonathan Eshkeri at E&G Solicitors said: “Merely moving to Spain may not be sufficient. One would need to be established in Spain, not necessarily having purchased a property, but at least having rented one, having registered at the local town hall as living at the property, having registered with the Spanish authorities as a resident. This, in turn, necessitates a private health insurance policy and having either contracted employment or established a business of one sort or another, in which case one will be making social security payments.”

Wherever you are in Europe, typical requirements to register for a (temporary/annual) residency certificate include a passport, evidence of income or employment (enough to support you and your dependants) and evidence of healthcare insurance, if applicable.

Note, some EU states are proposing the introduction of new-style residency certificates after March 30.  If this is the case, you should have little difficulty obtaining one by exchanging your older-style certificate when it needs renewing.

You should also join your local electoral roll, register with the tax authorities and obtain your healthcare card. Ultimately, wherever in Europe you are, your aim should be to obtain permanent residency status.  A permanent residency card, which can be applied for after being legally resident somewhere for five years, gives you the right to live in your new home country without any conditions.

Barbara Heslop confirmed: “For those who have not yet been resident in France for at least five years or who will not have done so before the end of the transition period on December 31, 2020, evidence of living ‘stably and legally’ in France needs to be provided to the French authorities, with an application for a short-stay carte de séjour (residence permit), renewable annually until the five-year residency condition has been met and then a permanent card can be applied for.”

Like those moving to continental Europe before Brexit, UK pensioners moving before the end of 2020 will retain their right to reciprocal healthcare and annual rises (uprating) of their UK state pension under the conditions of the transition deal. The same applies for those who move before the end of the transition period but become a UK pensioner afterwards. Blevins Franks can offer advice on all types of pensions when moving to continental Europe before or after Brexit.

Anyone in receipt of a UK state pension should request an S1 (formerly E121 form) from the overseas healthcare team at the Department for Work and Pensions before leaving the UK.

Once in your new country, you can register your S1 at the social security office and obtain a social security number, which will enable you to register for free reciprocal healthcare at your local clinic or GP surgery. Under existing rules, specified exportable DWP benefits are also reciprocal with an S1 form. According to the transition deal, this right will remain for anyone moving to continental Europe up to the end of 2020, whether they are a pensioner then or in the future and not just those already living abroad before Brexit.

Encouragingly a statement from the NHS European office said: “The UK wants to continue with reciprocal healthcare in Europe after it exits the EU, including healthcare rights for pensioners, EHIC [European health insurance card] and planned treatment. Progress has been made  towards this in the first phase of negotiations.”

One area yet to be confirmed by the UK and Brussels is how non-resident British homeowners in Europe will be treated in terms of taxation post-Brexit. British people will no longer be EU citizens, although equivalent status may yet be negotiated, as it has for citizens from Iceland and NorwaY.

Similarly, capital gains tax and income tax on rentals could increase (in Spain from 19 per cent to 24 per cent) and Britons could lose the right to claim deductions for rentals. Not forgetting, not having the status of a resident of the EU or the European Economic Area could also have negative implications for inheritance tax.

These are the worst-case scenarios, but as commentators  keep reminding us, with Brexit “nothing is agreed until everything is agreed”

Read more useful features like this by purchasing our latest magazine issue below!