Moving to Spain During Brexit 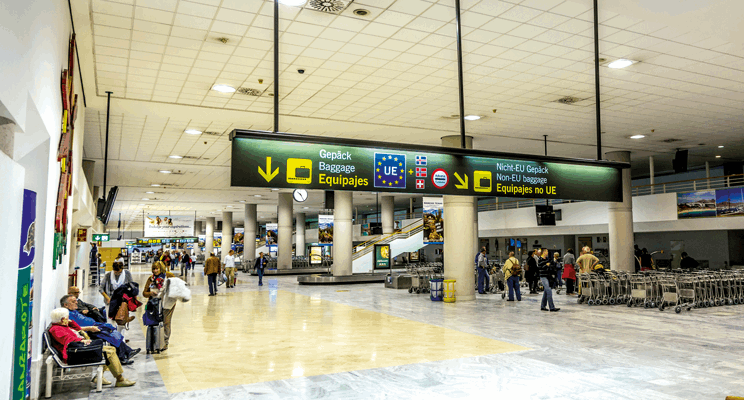 Myra Cecilia Azzopardi of Citizens Advice Bureau Spain looks at what we do know about the future for expats buying properties and living in the country during and post-Brexit.

With frequent ﬂights available from the majority of cities in the UK, Spain has always been a desirable destination for Britons. For years the public has scanned travel magazines looking for a holiday or permanent home in the sun.

Consequently, for those who have been making plans for many years, the dream was not over on the morning of June 24, 2016, it just meant that the long-term future looked a little diﬀerent. Britain woke up to the reality of Brexit subsequently followed by the triggering of article 50 and ﬁnally the news of the withdrawal date from the European Union, March 2019.

Some who had been planning a life abroad, and also a proportion of the expatriates that had already made the move, became apprehensive. It was the end of freedom of movement, as provided for in the European Union Directive that had facilitated easy access to move and reside in all the member states.

Yet, equally, it has also been clear that large numbers of you have not been deterred, and have actually speeded up your plans to purchase abroad – before March 2019 – rather than put them on hold.

Future regulations concerning post-Brexit entry and residence in Spain are unknown. Furthermore, as members of one of the EU28, UK nationals have enjoyed the advantages aﬀorded to us in the EU Directive that Britain is planning to dissociate itself from. So what happens to those who just under a year from now consider settling in Spain, planning to either enter the employment market, set up a business or retire?

Envisaging the hypothesis that from March 2019 UK nationals will be settling in the EU with a new status – ‘third country citizens’ – will this be compatible with setting up a business or entering the labour market? Yes, it will. Moreover, UK nationals will be able to enter Spain for at least 90 days without the requirement of a visa. Contemplate that this option is currently attainable for citizens from 43 non-EU countries.

By taking up an occupation, you will be making contributions to the Spanish social security system providing healthcare for you and your family and contributing towards a pension. You may no longer be an EU citizen, nevertheless, you will be protected by EU Directives, which will include social coordination on the same basis as EU citizens.

The regulation covers all the usual tributaries of social security: sickness, maternity/paternity, old age pensions, pre-retirement and invalidity pensions, survivors beneﬁts and death grants, accidents or occupational injuries at work, including the European health card for you and your family. The coordination rule applies to non-EU as well as EU workers and includes pensioners, civil servants, students, the unemployed and job seekers who will be covered by the legislation of the country, the same right and obligations of nationals of the country with no discrimination.

Retiring to Spain? The UK government has based its agreements with the EU Commission only on those pensioners who have already made the choice to settle in Spain, disregarding the evidence that numerous post-Brexit state pensioners will also wish to make the move.

Notwithstanding the lack of information forthcoming from government bodies, we can provide some positive aspects of healthcare and pensions. On the latter, the UK government has pension reciprocal agreements with 18 non-EU countries.

Pensioners get a yearly increase in their state pension in all those nations; the exceptions are New Zealand and Canada. The government has promised to honour the increase to those pensioners residing in the EU so one must contemplate that this would include those retiring abroad after the withdrawal date.

Britain provides for state pensioners’ health cover in Spain. This is due to a bilateral agreement between Spain and the UK. The agreement only involves the EU in the coordination of social security such as the provision of the S1 form.

Moreover, it would be unrealistic to consider that all state pensioners would retire in the UK and not wish to move abroad. After another long, cold British winter with an increasingly over-burdened NHS and a growing cost of living, the dream of owning a property in Spain has certainly not died.