How Much Does a French Property Really Cost? 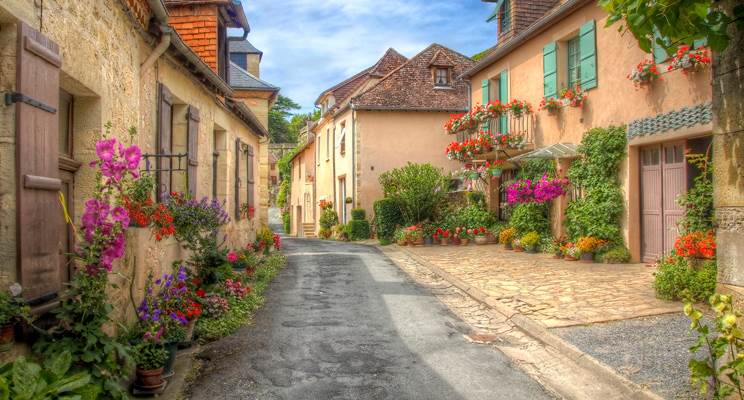 Our French property expert Richard Way has been doing some hefty research on the costs involved in buying a property in France, including purchase costs and ongoing taxes.

In France, notaries’ fees are charged on a scale according to the purchase price of the property, typically at a rate of 7-8 percent, which includes 5.8 percent for the equivalent of stamp duty, land registration fees and disbursements. “For a €350,000 property purchase, the notary’s fees would be approximately €26,000,” said Barbara Heslop, director at law ﬁrm Heslop & Platt.

“The buyer may also be required to pay the estate agent’s commission – you should check whether the purchase price of €350,000 is ‘frais d’agence inclus’, or FAI, which means fees are included,” added Ms Heslop. Typical fees for the services of an independent lawyer would be €3,500. This means the total cost of purchasing a €350,000 resale property in France would be in the region of €379,500, whereby agents fees are included in the price.

Rates for taxe foncière vary depending on the region, type of location and how much land the property has. As a guide, for a typical €350,000 four-bedroom house with four hectares of land in the Charente, it would be circa €1,600 per year. Calculation of taxe d’habitation is more complex and speciﬁc to the occupier and includes a notional rental value of the property multiplied by the tax rate ﬁxed in the municipality. As a guide, taxe d’habitation is rarely more than taxe foncière.

Open to some debate, global consumer price website Numbeo.com rates consumer prices as 6.5 percent higher in France compared to the UK. Your lifestyle habits will determine how true this is and where you shop in France – supermarket or local market/farm shop – will make a diﬀerence to your weekly bills, as will the costs vary by region.

“Eating out is deﬁnitely cheaper in France,” conﬁrmed expat Mary Hawkins who works for agent Leggett Immobilier. “A ‘plat du jour’ can be €12-€14 for a three-course lunch, including wine. And you can still get a coﬀee for €1 in some cafés and that’s with table service, rather than queuing for a cardboard cup!”

Petrol and public transport are regarded as slightly cheaper than the UK, with local bus rides typically costing around €1.60, and even average train fares for travel between Paris and other major French cities, such as Bordeaux, is just €50. Add Ms Hawkins: “As for grocery shopping, an average weekly shop of €120 is typical for a family with two small children. Utilities, I believe, are slightly cheaper in France. And I pay €35 per month for a full-blown internet and land-line service."

If a property is a second home, any heirs will potentially be subject to French inheritance tax. Joint owners should consider their ownership structure at the time of the purchase, particularly the option of buying ‘en tontine’. Married joint owners may also want to consider the adoption of a French marriage regime. In France, it is the heirs who are liable to pay any inheritance tax arising, not the deceased’s estate.

In France, most furnished property used for holiday lets is classed as ‘meublé de tourisme’, which means it has been oﬃcially graded for tourist purposes. Owners can opt out of being graded, in which case their property is badged ‘meublé non-classé’. Both classes must oﬀer minimum speciﬁcations and meet certain health and safety requirements. Either class can be accredited by an independent organisation, such as Gîtes de France.

All owners must get prior approval for furnished holiday lets from their local town hall and declare their letting activity going forward. They may also be obliged to cover a tourist tax called ‘taxe de sejour’, which is based on the number of nights of occupancy a year, typically €0.50-€1 a night (this is left to the discretion of town halls).

Furnished lettings are deemed a business activity in France, which attracts speciﬁc annual tax reporting obligations. Tax on income from lettings will be calculated at a minimum rate of 20 percent for non-residents, with allowances for certain expenses. The double treaty between France and the UK means you shouldn’t pay tax more than twice. Just beware of AirBnB restrictions in Paris.

Download our free guide to buying and living in France