What To Know About Property Tax in Portugal 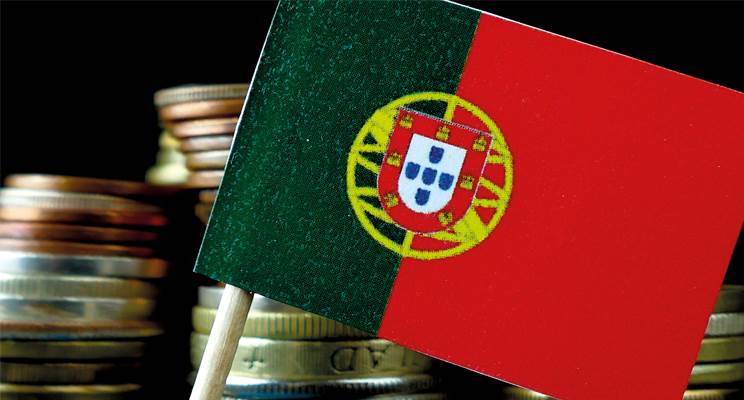 Jason Porter of Blevins Franks Financial Management Ltd tells us everything you need to know about property tax in Portugal, and how it's benefiting overseas property buyers.

Portugal has long been a favourite for Brits looking to buy a holiday home, or for those moving in their retirement. But, perhaps its best-kept secret is its preferential tax regime for new, long-term residents.

Dave & Sally Greening have been looking at retiring to sunnier climes. Portugal is one of their preferences, but they want to know more about the tax system. They have been reading up on the Non-Habitual Regime (or NHR) for new tax residents. Let’s start with well done! So many UK expatriates move overseas without going into this kind of depth in reviewing their options, and the fact you have heard of NHR is great.

The Portuguese government introduced the NHR regime in 2009 to encourage individuals and families to move to Portugal. It provides beneficial tax treatment for the first 10 years of residence and is open to those in employment, as well as retirees.

The Portuguese government introduced the NHR regime in 2009 to encourage individuals and families to move to Portugal. It provides beneficial tax treatment for the first 10 years of residence and is open to those in employment, as well as retirees. Qualification is restricted to those who have not been tax resident in Portugal for any of the previous five tax years. There are no other major requirements - it’s that simple!

Any income received from a UK pension is exempt from Portuguese tax provided it is:

• Taxed in another country under the terms of the tax treaty; or

• Is not regarded as Portuguese source income under Portugal’s domestic legislation.

In practice, this means UK pension income can be excluded from taxation in both Portugal and the UK. This is definitely the case for private pensions (eg. SIPPs), UK company pensions, and the UK State Pension (UK government pensions like teachers and firemen remain taxable in the UK).

This becomes particularly attractive when you factor in the UK’s new pension freedom rules, which allow you to take lump sums from your pension fund, in preference to converting to an annuity.

NHR can be attractive for other sources of income like UK dividends, which will be tax free in Portugal, as the UK/Portugal treaty provides they may be taxed in the UK (even though in practice the UK’s “disregarded income” rules for nonresidents mean it is unlikely to be taxed in the UK).

Dave & Sally have other savings, and will have surplus capital from the sale of their UK home – is there anything else they can do for tax efficiency in Portugal?

Surprisingly yes – most UK expatriates in Portugal with capital to invest utilise an investment wrapper, known as an offshore life assurance policy.

DOWNLOAD OUR FREE GUIDE TO BUYING IN PORTUGAL HERE

This defers tax on any underlying investment income (interest, dividends and gains) until a withdrawal is made from the policy. Even then, the taxable element is not all the profit accrued, but the proportion of profit in the withdrawal, relative to the whole value.

Furthermore, the rate of tax drops after five years, so only 60 percent of the profit is taxable, and after eight years, it falls to only 20 percent.

For the rich in Europe, Wealth Tax can be a considerable annual burden. In Spain and France it is calculated on worldwide assets, and at rates of up to 1.5% and 2.5% respectively (though regional variations in Spain could mean a top rate of 3.2%).

Portugal recently introduced its own version but cleverly set it at a maximum rate of 0.3%, and only on Portuguese property, valued at over €600,000. The allowance is per individual, so a married or civil couple would only face wealth tax on jointly-owned properties over €1.2m.

Dave & Sally are concerned about potential inheritance tax on their estates, and how the UK and Portuguese succession rules interact.

The Portuguese inheritance tax regime is relatively benign.  It only applies to Portuguese assets, and the tax rate is only 10%.  In addition, spousal and child beneficiaries are exempt.

Most of Europe has a succession regime based on the Napoleonic code of forced heirship, which means children and spouses receive relatively fixed shares of an estate. Portugal allows non-Portuguese nationals to elect to apply the succession regime of their nationality by requesting this in their will.

This is particularly important to UK nationals living in Portugal, as new EU succession rules which effectively allowed a similar scenario to apply, will fall away when the UK leaves the EU.

browse through our selection of Portuguese properties