A Guide to Retiring to France 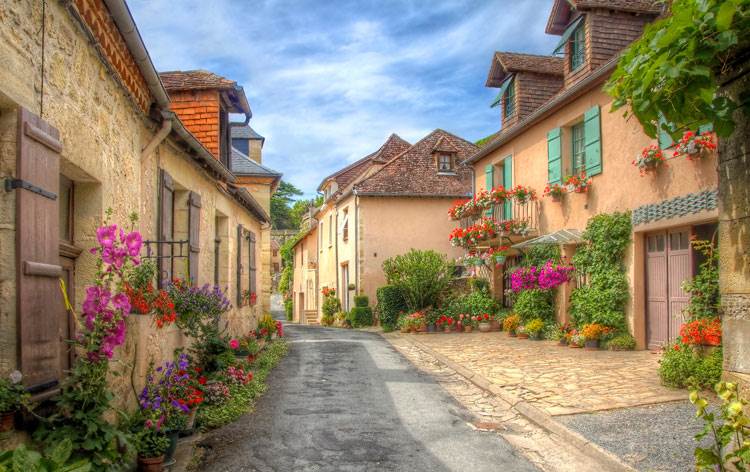 The number of British people who have moved permanently to France now stands at 160,000, official government research recently revealed.

And because a significant number of these people are over the retirement age, this makes France the most popular place to retire to for Brits after Spain.

And it’s a figure that is increasing every year as more and more retirees are lured over to France by its mouth-watering food, sunny weather, empty roads, gorgeous historic towns, reasonable living costs, excellent healthcare provision and proximity to the UK.

There are several key regions that are the most popular.  These are Poitou-Charente, Aquitaine, Midi-Pyrenees, Rhone-Alps, Brittany, the Cotes d’Azur and Languedoc-Roussillon all of which have the best weather in France – or snow in the case of the Alps – and the largest tracts of unspoilt countryside.

Retirees have plenty within these regions to choose from including the coastal delights of the Cote d’Azur, the rolling countryside of the Midi Pyrenees, the lavender fields of Provence, the wine country inland from Bordeaux and historic Brittany, to name a few.

If you have an up-to-date will and your inheritance plans are straight forward, it is not necessary to have a French one drawn-up as well. What retirees need to be more careful about is their inheritance arrangements as France operates a very different system of inheritance than the UK.

When you die in France, its laws are very prescriptive about who you can and can’t leave your money to and considers that an inheritance belongs to the whole family, rather than just a surviving spouse. The law was reformed ten years ago, to give surviving spouses more rights, but unlike in the UK, your estate will not automatically pass to your wife or husband.

Instead, French law ensures that children are not cut out of an inheritance and therefore if you have any offspring, then they will be given an interest in your estate. For many people,most of the value in this estate will be locked up in their French property.

Under some circumstances inheritance can become tricky if you are divorced, not married or in a civil partnership, so some form of legal advice is advisable before you become a French resident.

You pay two property taxes in France – a local ‘Taxed’ Habitation and a national ‘Taxe Fonciere’. The first is the French equivalent to our Council Tax and, as in the UK, varies hugely on where you live. But its cost is comparable to the Council Tax. As a very general rule of thumb your bill for this likely to be in the region of €1,000 a year. One bonus is that your TV licence is included in this tax.

Taxe Fonciere is levied only on property owners so if you rent a property in France rather than buy one, you won’t pay this. The tax is collected centrally rather than locally and like the Taxed’ Habitation is worked out based on a notional rental value of your home on which you pay a percentage. Again, this likely to be approximately €1,000.

If you retire to France then, as far as the French authorities are concerned for tax purposes you are French and will be taxed on your worldwide income. This will include your UK private or state pension, rental or investment income, interest on savings plus any other incomes – such as an existing business in the UK.

But although France has a justified reputation as a high-tax economy, it is much kinder to those living on retirement income than the UK. Although the rules and allowances are complicated, according to one tax consultancy as a general rule a retiree in France living on a £30,000 pension income will pay almost three times less tax than they would in the UK. This is partly because the amount a household can earn in France before tax kicks in is much higher than in the UK.

As well as income tax, France also applies social charges such as for healthcare (see below) to your income if you are over the official retirement age in your home country.

One area where retirees need to be careful is lump sums that they transfer over to France. Many retirees choose to take lump sums out of their pensions when they retire but if you do so after you’ve moved to France and want to bring the cash over, you’ll be taxed on it at a marginal rate of 14%, although there are several ways to reduce this bill.

Like any EU country, UK pensioners living in France either have their UK State Pension paid into their UK bank account or a French one, although most expats these days like the former option and then transfer money over when the euro exchange rate is in their favour, using one of the many foreign currency transfer companies.

And if you’re hoping to do up the property you buy in France when you retire there, remember that DIY materials in France are shockingly expensive when compared to the UK. When undertaking reasonable large building projects or renovations, many expats drive to the UK in a van and fill it up at a British DIY superstore. The same applies to white goods such as washing machines and dish washers.

But for retirees in France, many of whom transfer their UK pension to their French bank accounts, the biggest variable in their living costs is the euro exchange rate. When it’s good and up at €1.30 to a pound, life is good, but when it’s down to the €1.10-€1.15 to the pound, France can be as expensive as the UK to live in.

Unlike in Spain where many retiree expats live in large British communities on the coast, Brits who retire to France are usually very much in the minority and to settle in, ideally, must work a little bit harder at making friends and learning the language.

Above all, Brit expats who enjoy their retirement the most are those who can speak a good level of French. You will make more friends from a wider range of local communities, participate in more local social and sporting activities, have a wider circle of people to rely on when you need help and have more people to chat with to when you go shopping.

If you can speak the lingo, overall the French are very welcoming to British retirees who join their communities. You bring money into the local economy and your life experiences that they appreciate.

Move to France and you’ll soon hear the locals saying French healthcare system is the best in the world. And they’re probably right.

There is a network of GP surgeries that’s very like the UK system, but there’s one big difference – you pay a small flat fee per visit, as you do to visit a dentist too, and everyone is a member of at least one of the three health insurance schemes run by not-for-profit organisations. Depending on your income, you’ll have to pay into them via the social charges such as the Contribution Sociale Généralisé, although those of pensionable age in France are exempt or pay a reduced charge (and the charges do not apply to UK pension income).

One of the advantages of the French system is that the country’s health insurance schemes do not consider any pre-existing medical conditions when someone applies to join it, usually through the Couverture Maladie Universelle (or CMU). To be eligible, you just have to get an E121/S1 form from the Department of Work and Pensions and take it with you when you apply to join the CMU.

Accident and emergency services are free, but specialist healthcare beyond that is charged for at agreed rates of which you’ll get approximately 70% reimbursed to you, or if it’s an ailment that requires long-term or costly procedures then you’ll get it all back. Some people take out private medical insurance to cover themselves against any likely shortfalls, or as an alternative to the main healthcare schemes, but it’s not that common.

One of the most important aspects of moving to France is to consider how far you want to live from a major motorway or airport. Many parts of France can be reached from the UK in a day by car but if you don’t live near a motorway and want a life tucked away in the countryside, this can make it much more difficult and time consuming for you – or any friends or family – to get to and from the UK. The same applies to airports. The most popular areas are those within an hour’s drive of an airport; otherwise, going back to the UK can become a tiresome slog.

Even the most basic and battered car in France can be twice the price of a comparable vehicle in the UK, and it’s something many British retirees don’t realise until they get out to France. Many take their British cars with them at first, but after six months they must either re-register their UK vehicle or take it back to the UK and sell it. Many expats buy left hand drive cars in the UK (where they are cheaper) and then register them in France.

If you are retiring early and are not of pensionable age then both taxes and healthcare costs in France are likely to be higher because the system treats you as if you were working, so it is highly advisable to do some detailed tax planning before moving out.

When the UK leaves the EU there are several issues that have yet to be resolved, and many retirees in France are worried about them. The first is whether retirees living in France will enjoy the same taxation and social charge exemptions that they currently do, and the second is whether they can still access the French healthcare system in the same way after Brexit. Watch this space.