50 Years of Golf on the Algarve 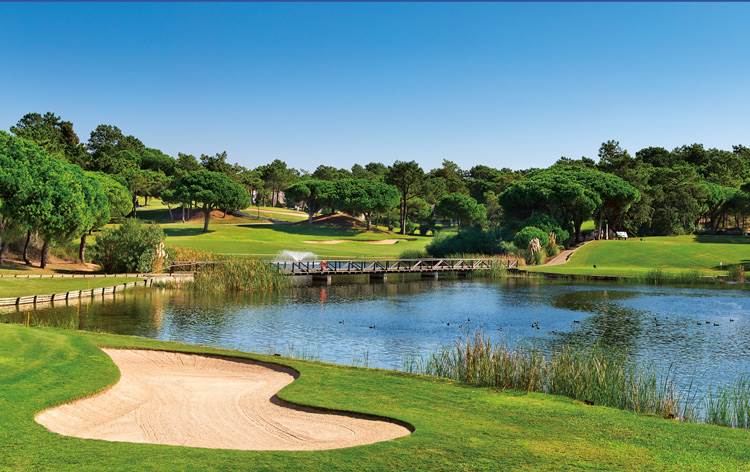 It’s the golden anniversary of golf coming to the Algarve and the region’s lush fairways are the busiest they’ve ever been. Nearly 700,000 rounds were played along Portugal’s southern coastline in the first six months of 2016, according to figures from the Algarve Tourism Association. This is an increase of 14.9 per cent compared with 2015 and means that last year’s record total of 1.2 million rounds is likely to be beaten.

The Algarve’s continued growth as an international golf hub is especially impressive given that golf participation across Europe is only just stabilising after a drop-off during the economic downturn. The number of registered players in Europe fell by 4 per cent between 2009 and 2013, according to a 2016 report by KPMG, but was down by only 0.3 per cent between 2014 and 2015.

Fifty years after Penina Hotel & Golf Resort in Portimão opened as the Algarve’s first golf course (designed by Sir Henry Cotton, the three-time Open champion), there are now more than 40 to choose from – with obvious benefits for local homeowners. “You are rarely more than a 10-minute drive from a fairway in the Algarve,” said Chris White, founding director at Ideal Homes Portugal. “Our clients vary from those looking for a villa with golfing access to golfers who buy in lesser-known villages.

“You could have a budget of several million or just over €100,000 and still have instant access to perfect greens. Almost all of our clients want to know where the nearest course is and not just because they play, but often they are letting the house and golf attracts more holidaymakers.”

With the property market on the up and attractive mortgages, we look at the best buying spots for an Algarve golf pad.

For proximity to the largest choice of championship golf courses in the Algarve, and arguably in Europe, look no further than the “Golden Triangle”. It includes the upmarket resorts of Vale do Lobo, with two courses, Quinta do Lago, with three courses, and Vilamoura, one of Europe’s largest single residential tourist communities, with five courses. The short transfer from Faro airport makes these resorts even more appealing.

“Quinta do Lago is one of the most highly regarded golf and residential developments in Europe,” continued Chris, who sold a villa in Vale do Lobo to celebrity entrepreneur Duncan Bannatyne. “When playing golf on these resorts you could brush shoulders with the rich and famous, and off the course these stunning locations are beachside, offering the perfect place to relax.”

Multi-million euro villas are the jewel in the crown of Quinta and Vale do Lobo, but apartments and townhouses are available for less than €500,000, depending on location and proximity to the fairways and beach.

Vilamoura is as much about being by the sea as on the fairway. “It has Portugal’s largest and most popular marina and some of the finest beaches in Europe,” said Tony Santos at Re/Max Vilamoura. “We have a great product there, the Residences at Victoria Clube de Golfe, which caters to both golfers and the leisure market.”

Victoria Clube de Golf is one of five championship courses in Vilamoura created by the developer Oceanico. Another is Millennium, also with a choice of frontline golf homes.

“We are promoting L’Orangerie by the fairways of Millennium,” said Rute Viegas at Garvetur. “It is one of the most exclusive developments in Vilamoura and just a few steps from three championship golf courses. The Algarve market has increased recently, with a significant rise in demand for golf properties and frontline golf apartments.”

The benefits of being on a resort include direct access to golf, often with discounts on green fees, and other amenities, plus the availability of complete property management.

There is also the option to buy outside a resort and still be just a short drive from golf courses. Ideal Homes Portugal’s Golden Triangle listings include a four-bedroom luxury villa in Almancil for €1.425 million and a five-bed in Vale da Quinta for €1.4 million, both five minutes from Vale do Lobo and Quinta. Still in the central Algarve but away from the Golden Triangle, prices are noticeably cheaper. Chris White tips Salgados Golf and Oceanico’s Amendoeira Golf Resort, both near the family beach resort of Albufeira: “At these, a round of golf will cost less and property prices are far more affordable.”

Equidistant from Albufeira and Vilamoura is Pata de Baixo where Ideal Homes Portugal is selling a four-bedroom townhouse on a small development. Being outside the Golden Triangle keeps its price to an attractive €295,000. A more upmarket option in this area could be one of the new Ocean Suites apartments at the Pine Cliffs Resort, which occupies a stunning clifftop location.

Historic Lagos, with its world-class marina and pretty old town, is the focal point of the western Algarve, with its beaches nestled beneath the cliffs.

On the edge of Lagos is the Boavista Golf Resort & Spa, set around its championship course, where property options include fractional, with prices from circa €65,000-€80,000 for a quarter share of an apartment.

For another option James d’Orey Charlton at Cerro Novo suggests the Carvoeiro area: “You can get some fantastic good-value properties there. You can be within a development but also very close to traditional fishing villages. Carvoeiro itself is a lovely village known for its coastal walks and great atmosphere, while its location allows you to benefit from all that the Algarve has to offer.”

The Carvoeiro area is home to the Pestana Golf Resort, which includes the Vale da Pinta and Gramacho golf courses. Frontline property there includes fractional options, with apartment fractions starting at €60,000; or you can buy outright with golf-view apartments from less than €200,000, or more for a townhouse or villa.

Currently on sale, though, are several four-bed villas in Vila Nova de Cacela for between €600,000 and €850,000. Your money goes further in the pretty town of Tavira and the surrounding villages, where the local course at Benamor offers another option for playing golf. You can get a four-bedroom villa in the beach town of Cabanas de Tavira for around €450,000 (through Ideal Homes).

The east’s other resort option is Castro Marim Golfe and Country Club, next to the nature reserve of the same name and with views of the Guadiana River to the east and the sea to the south. Phases of development around its 27-hole golf course include linked villas with private pools from €400,000 and village houses with a communal pool and garden from €307,500 to €400,000; or for a bit more, choose a self-build villa plot.

search property in the algarve