Brexit: What Next for EU Property? 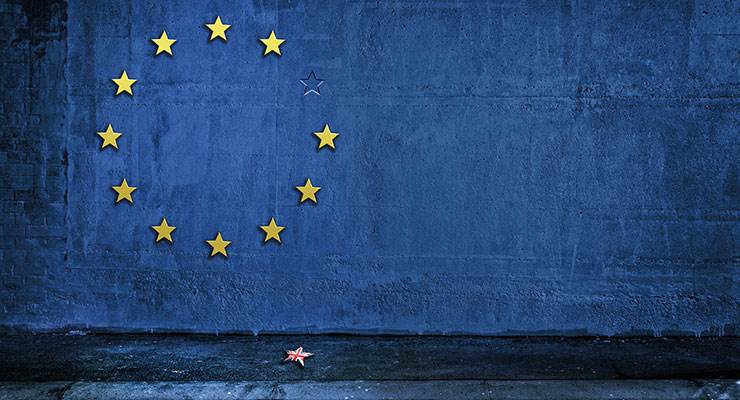 How could a nation with such a passion for owning homes in continental Europe decide it no longer wants to be part of the European “family”? Whatever your opinion, it’s happened.

The UK is edging towards Brexit and for anyone considering a property purchase or a permanent move across the Channel, this could be a cause for concern. At least for now it appears to be business as usual.

Passing through France and spending time at my home in the Costa Brava last month, you would never have known there had been an EU referendum.

Expat Melanie Howarth at Villa-Service, my local property company, seemed unfazed by Brexit. “I don’t think it will make much difference,” she told me. “People began buying in Spain before we joined the then EEC and I think they’ll continue once we’ve left the EU. I’ve lost one sale since the vote, and that was a British vendor selling to another Brit, in sterling.”

Arguably, sterling’s loss of value against the euro (and the US dollar) has been the only immediate effect of the referendum felt by British buyers. The overnight fall from circa £1/€1.30 to circa £1/€1.15 has added thousands of pounds to the average cost of property in Europe, although rate has improved since then, up to €1.19 at time of going to press. “We had clients who were in the middle of a purchase during the referendum,” said Charles Purdy, chief executive at Smart Currency Exchange.

“Many had paid a deposit on a property and secured an exchange rate before the UK went to the polls, so were understandably relieved when they saw the rate plummet overnight to below what we had fixed for them. For buyers now, it’s about careful planning and having realistic expectations about your budget.”

So far, nothing has changed

So what’s the current situation? Everything hangs on the triggering of Article 50 of the Lisbon Treaty. Once this happens, the UK has two years to negotiate the terms of Brexit with EU states. Theresa May, the prime minister, has said that she doesn’t intend to start the process until next year, so realistically the earliest the UK could leave the EU is some time in 2019.

Meanwhile, the UK’s status as a fully paid-up member remains. The government confirmed this in a statement in July: “There has been no change to the rights and status of EU nationals in the UK, and UK nationals in the EU, as a result of the referendum.

The decision about when to trigger Article 50 and start the formal process of leaving the EU will be for the new prime minister. The UK remains a member of the EU throughout this process and until Article 50 negotiations have concluded.”

Hearing this, many Britons have cracked on with plans to move to continental Europe, confident that buying within the next few months means they’ll retain the acquired rights granted to them while they are EU citizens even after Brexit occurs. International legal experts have confirmed this.

A poll after the referendum by Leggett Immobilier, the estate agency, showed that 50 per cent of people buying in France at the moment are relocating there.

“It is interesting to see that many of our clients are wanting to purchase property in order to make a permanent move to France,” said Trevor Leggett, chairman of Leggett Immobilier, which recorded a 21 per cent year-on-year rise in agreed sales in the first half of the year. “Despite Brexit uncertainty, it seems that the British love affair with France remains as strong as ever.”

And in Spain, home to the largest number of British expats, there is no sign of UK interest drying up. “Despite the big drop in sterling we sold nine more properties in July than the same period last year,” said Bob Shepherd at Spanish Legal Homes, adding that Brexit did not appear to be an issue for new inquiries.

Mirroring this, Florian Hofer, managing director of Engel & Völkers master licence, remarked: “In the aftermath of Brexit our internet requests for property have increased, and in some shops requests have even tripled, including requests from the UK.”

Peter Birkett, managing director at Property Repossessions Spain, who works with one of the country’s largest banks, said: “The bank doesn’t expect much to change in the long term. Why? They need to dispose of their repossessed stock as speedily as possible to balance their books. As almost 50 per cent of their sales are to British clients, they are still prepared to offer high LTV [loan-to-value] mortgages to encourage sales. They may even give further reductions to encourage sales.”

There is also evidence of opportunities arising in Spain’s resale market. “We’ve definitely seen movement in the Spanish housing market that has resulted from the UK’s ‘leave’ vote,” said Martin Dell of the Spanish property portal Kyero. “There are some Brits who own property here who are now looking to sell up fast, rather than face the uncertainty that the Brexit decision has brought about. The result is that we’re seeing some fantastic post-Brexit bargains on the market.”

What is certain is that Britons will continue to be able to purchase property in an EU country and live there after Brexit, just as non-EU and non-EU European nationals do without issues today.

The question on readers’ minds will be how, or to what extent, Brexit will aff ect any rights, including healthcare, or benefits Britons receive due to the UK’s membership of the EU and the European Economic Area (EEA). The truth is, no one can answer this accurately until Mrs May’s government has negotiated new treaties across Europe

Essentially, there are three possible outcomes of the Brexit negotiations. First, the UK remains a member of the EEA, meaning that it not only retains access to the single market but that Britons continue to have the same rights to freedom of movement which they have now, similar to citizens of Iceland, Liechtenstein, Norway and Switzerland.

Second, the UK stays outside the EEA but still negotiates terms with individual EU countries, potentially leading to legislation giving Britons some or all of the rights they currently have, depending on the country.

And third, the UK stays outside the EEA but fails to negotiate terms similar to now, meaning that Britons acquire a similar status to non-EU, non-EEA citizens, such as Americans, Australians or people from the Middle East.

One of the biggest concerns for Britons intending to retire to mainland Europe is healthcare. Currently, anyone in receipt of a UK state pension can reside in an EU country and receive the same level of free state healthcare as a local pensioner. The expectation is that this could continue if the UK remained in the EEA, but it is not confi rmed.

Reassuringly, the prominence of British homeowners in Europe will come into play during negotiations. The economic benefits they bring to areas of France, Spain and Portugal means these countries will want to remain attractive to the UK market post-Brexit. Equally, the UK is home to large numbers of EU citizens and their governments will want to protect their interests in the UK, which will have to be reflected in their negotiations.

As for pensions and taxation, Blevins Franks, the international tax and wealth advisers, confirmed on their website that, “based on current law and practice, Brexit will have no impact on how you can take out or transfer your UK-registered pension schemes”.

They also noted: “How you pay tax as a UK national overseas is determined by the double tax treaty between the UK and that country, not EU rules — so the way you are taxed in your country of residence should not be aff ected by the vote to leave the EU.”

For me, a second homeowner in Spain, I find it diffi cult to envisage much changing. My family has owned property there for more than 30 years. I plan to remain a homeowner there for at least another 30.

Is it cheaper for me to live abroad?