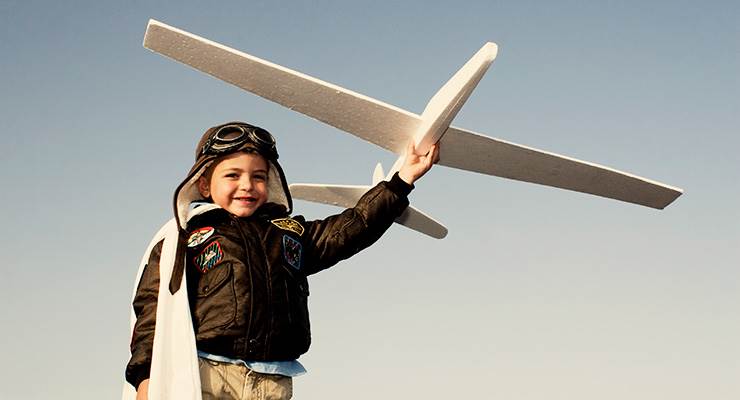 The glossy brochures that estate agents produce for overseas properties often miss one vital piece of information – how frequently do flights land at the nearest airport from the UK?

While the quality of the taps, size of the sun terrace or the length of the swimming pool are important, I think the ease of getting to or from your holiday home counts for more.

Flight frequency is important for another reason. It dictates property prices in an area which they are oft en lower around airports with irregular flights to and from the UK because demand for property is lower.

For example, if you or your friends and family are going to struggle to get out to your property you are less likely to buy there. And that begs the question: which airports in the two most popular European holiday home destinations for Brits - Spain and France - offer the greatest number of flights and number of airports to get there from?

I’ve done some original research and here are the results, firstly for Spain. Of the 21 airports that serve the main holiday home areas the one with the most frequent UK arrivals is Palma airport in Mallorca to which you can fly from 24 airports in the UK and to which over a 100 planes fly in the summer months each week. But remember that, like most other beach holiday destinations the number of flights drops by up to 90 per cent during the winter months.

Next down the ‘safe list’ is Malaga airport followed in descending order by the main airports in Tenerife, Ibiza, Alicante, Barcelona, Mahon (Menorca), Fuerteventura, Reus (serving the Costa Dorada) and Murcia.

There are then some in the middle that have flights from most of the main UK airports but ights from them struggle to get into double figures. These include Bilbao, Almeria and Valencia.

The airports that are very much a gamble in my view for home owners (offering flights from just one or two UK airports and only a handful of flights even in the busy months) include some familiar names such as Seville, Jerez and Granada.

France is very different. It has a similar number of UK airports serving its key holiday home regions but in general fewer weekly flights from them.

The busiest is Nice from which over twenty flights a day arrive in high season from ten or more UK airports. After that there’s Bordeaux, Nantes, Dinard, Marseilles, Rennes, La Rochelle and Toulouse. The airports in the middle, semi-busy part of the list include Limoges and Biarritz.

But a surprising number of airports in France – two dozen - are at risk should a carrier like Ryanair or easyJet pull out or cut their flight numbers. These include Avignon, Beziers, Montpelier, Perpignan, Brest, Nimes, Poitiers and Lourdes – all of which have a handful of carriers flying to them from the UK.

But it’s not just about flight frequency; distance from the airport also counts. A friend of mine recently retired to the Charente in France and he sent me pictures of his pretty, blue-shuttered four-bedroom farmhouse that he bought for €150,000.

So I decided to pay a visit. It’s now clear why his house was so cheap. It’s an hour and a half by rental car from Bordeaux airport to his house, half of which is an arduous cross-country map read. Consequently, very similar properties 40 minutes nearer to Bordeaux are €100,000 more, local agents tell me. So if you’re considering where to buy your holiday home overseas, have a hard look at the nearest airports before you scrutinise the fixtures and fittings

Is it cheaper for me to live abroad?