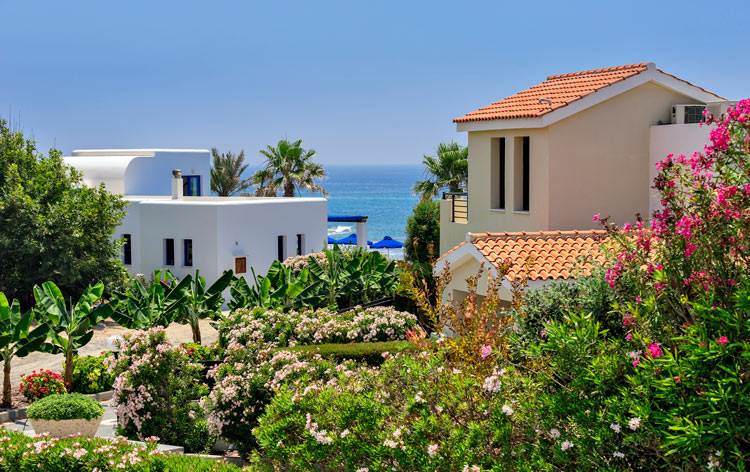 The legal processes of property buying in Cyprus are based on English law. When you find your property you will often be asked to take it off the market at that price by paying a reservation deposit, usually not exceeding €3,000 or 1 per cent of the sale price.

To check that you know exactly where your money is going and for what purpose you should have an independent lawyer on standby before you start your property search, so you can have good legal advice at the end of the phone – or email at least – when househunting. With off-plan or incompleted properties, it is vital to ascertain the financial standing of the developer, to ensure that the company is secure and should not encounter any financial difficulties during the construction of the property.

Your lawyer should check this at the Companies Registry before you sign a contract. If you are buying a new or recently built property, you will need to be sure that planning permission and building authority licenses have been complied with fully. If there are any problems with non-compliance this could prevent you from transferring the title into your name in the future. One of the most important legal checks in Cyprus is over debts on the land. In the past, developers have taken out mortgages on the land and not paid them back, leaving the unfortunate house-purchaser not owning the land on which their home has been built.

If all is well the lawyers will then draw up the contracts outlining the conditions of the sale, and a further deposit is payable – 10 per cent for a resale property, or usually 20 to 30 per cent for new-build. Once you have signed the contract of sale, your lawyer files this with the land registry within 60 days. Buyers need to present bank and character references with the application. The balance of the money is generally paid on completion for resales and in stages agreed by the developer for new-builds.

There are two main issues in Cyprus, both involving title. The relatively simple issue is with northern Cyprus, held by Turkey since 1974, “illegally”. Prices are cheaper there, but the former Greek Cypriot owners still claim much of the property and any purchase there is VERY risky. The second issue is with the slow issuance of Title Deeds in southern Cyprus, combined with the dodgy dealings of many developers there in recent years, that makes proving clean title essential.

The authorities are taking years to issue Title Deeds following purchases or new building, and most buyers are, rightly, very reluctant to buy without them. In an effort to eliminate these issues, in 2011 the government enacted a new Specific Performance Law designed to increase the safeguards afforded of those who would buy property in the island. In addition to that, the government has also introduced new mechanisms so that buyers can receive their title deeds in an easier and quicker fashion.

Stamp Duty is 0.15 per cent for properties under €170,860 and 0.20 per cent over that. Real Estate Transfer fees are imposed by the Lands Registry in order to transfer freehold ownership to the name of the purchaser. The transfer fees are due for payment when the transfer of the title deed in the name of the purchaser takes place. The purchaser is solely responsible for their payment, which amount to three per cent for properties valued at under €85,430, five per cent between that and €170,860 and eight per cent above that.

If the property is in joint names, for example a husband and wife or two individuals, then the purchase value is divided into two parts which results in reduced transfer fees. For example, a property purchased for €200,000 in one name would incur fees of €9,165, whereas the same property in the names of two people would incur fees of €6,582. Legal fees usually amount to one or two per cent, including disbursements, the out of pocket expenses incurred on your behalf. Agents’ fees are a minimum of three per cent, and usually closer to five per cent. They are paid by the seller.