FAQs about buying abroad after Brexit 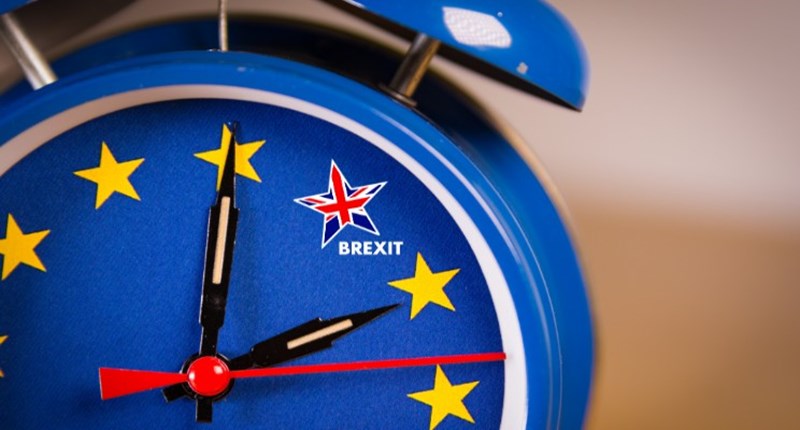 A Place in the Sun’s recent webinar revealed just how much of a burning issue Brexit is for British buyers. Focusing on living and buying property in the EU before and after the transition period, here we address the key concerns highlighted during the session. To view all our FAQs click here.

All information is correct as of date of publication.

What do we know about the transition period?

As per the withdrawal agreement, right now the UK is going through the transition period. This ends on December 31st 2020, by which time Brussels and the UK are expected to have agreed a Brexit deal, thereby clarifying the status of UK nationals from January 1st 2021. The good news is that throughout the transition period UK nationals retain their EU citizenship rights. Besides freedom of movement (applicable to everyone), pensioners remain eligible for free reciprocal state healthcare, using their S1 form (also used for exportable benefits), and the triple-lock pension upratings.

Under the terms of the withdrawal agreement, being settled legally in an EU country before the end of 2020 will ensure all of the above rights are protected. Even early retirees retain their right to the same reciprocal entitlements as current pensioners once they hit pensionable age in the future.

What's going to happen beyond the transition?

As 30 June has passed, the UK can no longer request the extension of the transitional period, so we will now definitely exit the EU fully on 31 December 2020.

If a Brexit deal is not signed in time, on January 1st 2021 UK nationals will lose all of their EU citizenship rights. In which case, it is likely individual EU countries will look to negotiate reciprocal agreements with the UK, establishing bilateral residency and travel schemes for their citizens.

The default outcome can be without an agreement that UK nationals would be treated like all other non-EU citizens of so-called third-country states. where there is a requirement of a tourist visa to enter and stay in an EU country for up to 90 days, and long-term visas to obtain legal residency. That said, most EU 27 member states have already confirmed they will allow UK nationals to remain for up to 90 days without having to obtain a visas. Even now, EU citizens should apply for residency in another EU country if staying longer than 90 days, though most countries have not enforced this fully because of the EU’s freedom of movement rules.

Many UK nationals who are already living in the EU have already been going thrugh the process of obtaining residency cards, so they are fully ensconced in the system before 31 December.

Is it too late to apply for residency?

There is still time for UK nationals to buy a property in an EU country and fulfil the requirements for residency before the end of the transition period. Alternatively, if you are determined to be ‘in-country’ before the deadline, then you could always take on a long-term let, and then look for your ideal home.

Those already present should begin processing their application no later than September 2020, so they are fully documented before we move into the new era. The rules laid down in the Withdrawal Agreement do allow those arriving before 31 December to submit their residency application by as late as 30 June 2020. To apply for residency, you will need a permanent address in your chosen country, which could be a property you or your family have purchased, or a rented property with a valid contract (6-12 months depending on the country). You will also need to have held a local bank account for at least three months and be able to show sufficient funds to support yourself and any dependants. For pensioners, this usually means being able to show three months’ worth of pension payments, or monthly income of circa €600-€800, depending on personal circumstances. If you’re under pensionable age, you may need a lump sum of €5,000-€8,000 – it depends on the country and often region within the country.

The other key requirement is proof of medical cover, whether it’s the state healthcare system (or S1 form) or private health insurance. You must apply for your residency in person – you cannot give power of attorney to anyone, for example your lawyer, to do it on your behalf. The Withdrawal Agreement lays down the requirement for each EU 27 member state to introduce a new Foreign Identity Card specifically for British residents who qualify for ongoing residency rights before the end of transition. These will replace existing residence permits or be issued direct to new applicants.

Will I still be able to own a property abroad?

UK nationals are just as free to buy and own property in an EU country today as they were before Brexit and this will continue indefinitely. Ownership and property laws are sovereign laws set by individual countries and are not governed by EU regulation. Property ownership does not give you automatic entitlement to residency – you will still have to satisfy the designated minimum income threshold and medical care coverage. It is feasible that the rates of property-related taxes levied on British second homeowners, including income tax on rentals and perhaps capital gains could rise slightly. Why? A French national resident in Spain must be taxed the same as a Spanish national, but the same does not apply to a non-EU, third-country national.

Will I need to prove my income after transition?

As described above, even now any UK national moving to an EU country is required to prove a sufficient level of income or savings (or proof of employment if a working visa). If UK nationals are treated as third-country nationals after the transition period, they will need to prove higher levels of income in order to obtain a long-term visa and residency. For example, in Spain currently this is €2,194.40 per month, and can be in the form of a pension or a lump sum in a bank account which could generate the level of income. For each dependent this increases by €548.60 per month. Most countries offer either a non-lucrative visa or retirement visa that require income levels related to their minimum wage or similar.

Will I be able to access healthcare after the transition?

More than 70 per cent of the webinar audience said access to free/affordable healthcare was their greatest concern post-Brexit. Without a Brexit deal, the most sensible solution for UK nationals arriving in an EU country after the transition period is likely to be paying for private healthcare for their first year, allowing them to obtain a residency card relatively quickly. In Europe, comprehensive healthcare cover from a private provider starts from around €1,000 a year for someone under the age of 65, and slightly more for pensioners. Options include local insurers as well as international providers. During that first year, you can then examine how you would access state subsidized healthcare, which once this is in place allows you to amend your residency application for the second year and going forwards.

There is the option to access the state healthcare system as a non-EU citizen, either using a normally relatively cheap, pay-in scheme (ie Spain) or qualifying by potentially becoming liable to social security charges (though these can be minimal or even non-existent) to cover 70%-80% of the costs, and a top-up insurance for the remainder (ie., France and most others).

Foreign nationals can only apply to the state schemes once they have been resident for at least three months and perhaps even a year, depending on the country. As an example, Spain’s pay-in scheme costs €60 a month for under 65s and €157 for 65 and overs. Otherwise, continuing with private healthcare is always an option. Any person, whether EU or non-EU national, who works and makes social security contributions will always have access to state healthcare.

What will happen to tax and pensions?

Taxation rules are sovereign laws set by individual countries, so should not be affected by Brexit. Most countries in Europe have double taxation treaties with the UK, meaning UK nationals should never be taxed twice on income. UK Pensions will continue to be payable in an EU country. Decisions about private pensions will depend on individual circumstances and should be discussed with a specialist financial advisor before moving. As a rule, if you spend more than six months (183 days) in a year in an EU country, you have an obligation to become a tax resident there. By comparison, if you spend more than 90 days in any rolling 180 days, you are obliged to become a legal resident.