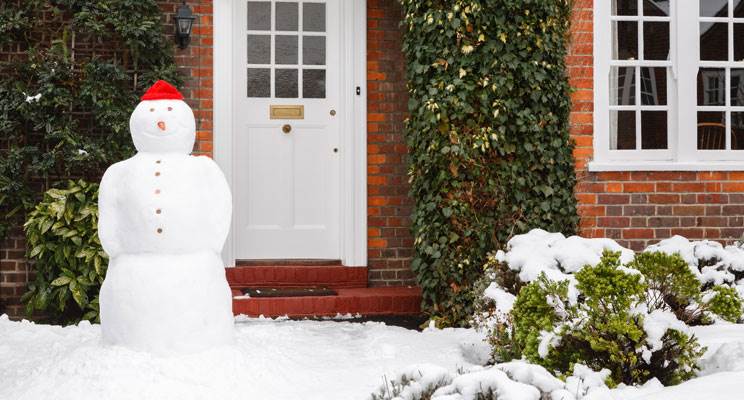 With insurance claims usually peaking at this time of year, Instasure provides some top tips on keeping your overseas property safe and protected this winter.

Spending quality time with family and friends is what people enjoy most about this season. Christmas means fun and festivities but some homeowners leave their holiday home unoccupied over these months. Consequently, home insurance claims generally peak at this time of year, following weather conditions and, in some cases, thieves attracted by potential Christmas gifts.

Insurance claims happen all year round but accidents during the Christmas period can cause inconvenience. Listed below are some of the most common claims, besides thefts, for overseas homes during this period and what you can do to try to prevent them from happening in your household.

There are certain environmental factors which, as much as we’d like to, we can’t always avoid. The condition of your house in the summertime is not always the same as during the winter time. However, there are some steps you may wish to take to prevent escalated damage to your property, such as regularly cleaning the gutters and drains, checking the state of external tiles, especially on terraces & balconies.

Rain in Spain falls mainly falls in the north. However, storm damage claims in Southern Spain rose by 11% in 2016 compared to the previous year. More than 69% of total claims for storm damage was in Spain, which was caused by the worst storms in 30 years. It seems a dry autumn/winter so far this year but it's always better to be forewarned in your holiday home.

These rains in Spain triggered unusual flooding claims too, that are more common in the UK. In 2016, Spain alone represented 85% of the claims related to homes flooding abroad. Whereas in the UK, flooding represented 0.03% of the total number of claims made in 2016.

Flooding is a common natural disaster in the UK, so even those who don’t live in designated flood plains should weigh up the risk. Signing up to receive flood warnings from the UK government can be helpful and they can even provide flooding history of properties too.

The government recommend making a list of things you might want to follow in the event of a flood, such as turning off electricity, water and gas supplies. They also advise to keep sentimental items in a safe place, as well as important documents and use sandbags to prevent water coming into the property.

Burst pipes and escape of water

Escape of water was the second most common claim during winter last year (after storm damages), representing almost 20% of the claims.

Burst pipes are normally the most common cause for the escape of water claims. This is due to temperatures dropping during December and water within the pipes freezing, causing the pipe to crack or burst. For this reason, we recommend maintaining your heating at a minimum temperature (15C or 59F) or turning off the water supply at the mains and draining the system entirely; even for holiday homes abroad.

Just a burst pipe could cause thousands of pounds worth of damage and weeks of a non-habitable home, so it’s a good reason to take into account these tips.

26% of the total claims made for escape of water & burst pipes where from France & Spain, which some people may find surprising because of being so famous for their warm climates. After them, the next countries abroad were Portugal & Italy both at 2%. In the UK, claims generated by bursting pipes were 53% of the total claims in 2016.

By taking the right precautions, you can enjoy your Christmas with the peace of mind your holiday home has the protection it needs. If you would like to arrange cover for your new home, then try speaking with a specialist today to see how they could help make this happen.