Investment Options for Property in France 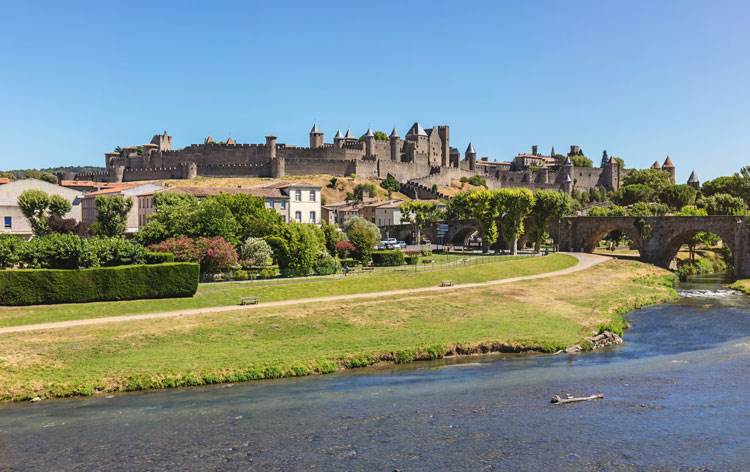 When at its best the French lifestyle is hard to resist. Long summers, long lunches and laissez-faire locals are all happily at odds with Britain’s fast-paced, pressure cooker bubble.

But despite this idyll, paying a French mortgage or a property’s running costs can be a challenge. Both holiday home owners and those living in France often look to their property to generate an income. In fact the appetite for investment properties, rather than pure lifestyle homes, has been increasing in recent weeks, according to agent Leggett.

“With UK interest rates set to remain low, and real estate still one of the best performing types of asset, more people are looking to buy an investment property,” says their spokesperson. “Our sales team reports an increase of people looking for a property that can earn them an income - both in capital appreciation but especially rental returns.”

There are plenty of options. This includes leaseback deals offering a guaranteed income, holiday gites in your back garden, renting out your holiday houses lock-stock when not staying there, and even using Airbnb to generate cash from spare rooms.

Some Brits also become French landlords and invest in city centre apartments. These can pay for themselves entirely, and then be sold later.

“Most of our clients have a 15-year investment game plan to fund their French property before they retire,” says Lloyd Hughes of Athena Advisors.

“This is often because Capital Gains Tax is tapered in France, reducing to zero after 22 years, so the longer you own a property, the less tax you pay.” Here we look more closely at the different ways owning a property in France can be a good investment.

Get into the Gite Business

A gîte is a fully-furnished self-catering outbuilding with an owner who lives nearby. An unusual example is this four-bedroom country house near Brassac in the Tarn-et-Garonne region. It’s been a home and a source of income for French couple Beatrice and Frederic Ducasse for six years.

It has all the facilities of an upmarket gîte business including a pool and a stunning location. But instead of the usual converted outbuildings, the couple have built six treehouses within oaks next to their house. Each one has a jacuzzi, bedroom, lounge and bathroom. The couple charge €90 euros a night and up to €750 a week for the largest treehouses..

“We wanted to offer our guests a holiday experience that was close to nature and it’s proving very popular,” she says. “Our clients come from all over the world and we’re busy pretty much all the year. But when the weather is good here it’s paradise.”

Pros: It’s a ready-made business with a big customer database in a beautiful stretch of countryside near Toulouse.

Cons: You’ll need to be good with people, speak French and it’s be hard work during peak weeks.

If you like sloping off to the pistes regularly but baulk at the cost of renting a chalet then one option is to buy an investment property in the Alps or Pyrenees through a leaseback scheme. In return for tax relief of 20 per cent off the price and a guaranteed income each year for up to 21 years, you get to use your apartment for an agreed number of weeks a year.

A good example is this development near the Alpine report of Chamonix. Residence Alexane is on the outskirts of Samoen near the village’s main gondola and, when completed, will include 32 leaseback apartments with access to a four-star hotel. Prices for one-bedroom apartments start at €240,000.

Pros: The management of the apartment is looked after for you, plus you’ll receive an income of up to €7,000, although this will vary depending on how many weeks you use it for each year. There are three, four and six-week lease options.

Cons: Although it’s legally yours, you won’t have full access to your apartment and other people will be staying in it when you’re not. Management costs will be deducted from the gross income.

Rent out your Holiday Home

Most holiday homes in France sit empty for months, so why not rent it out when you’re not using it? Having strangers in your home doesn’t suit everyone, but houses in the best locations can generate significant income during the spring and summer months.

For example, a four-bedroom villa in the Pyrenean village of Corneilla de Conflent is for sale at €274,000 Local Leggett agent Honor Poole says that the area is popular with French hiking, horse riding, biking and health tourists, but it also not too far from both the beaches of Argeles-sur-Mer and the ski slopes of Font Romeu.

“A lot of the people I sell to then rent out their properties when they are not using them and it really does work,” she says. “This one in would rent for €800-900 a week in high season.”

Pros: You don’t have to rent it out that much to earn enough to pay its upkeep, taxes and some of the mortgage, too.

Cons: It’s going to get knocked about by clients, and you’ll have to employ a local manager.

Hot Returns in this City?

If sun, sea, sand, countryside or snow are not your cup of tea then perhaps investing in an urban apartment might pique your interest? Whilst the capital Paris is relatively expensive, though an obvious choice, consider alternatives such as Nice, or cities that are on the up, such as Lyon.

The port city of Bordeaux used to be famous for its wines, but increasingly it is also known better now for its recent economic renaissance, which former French Prime Minister Alain Juppé, who has been mayor of the city since 2006, is widely credited with kick-starting. “It’s had a complete facelift and is now a very beautiful environment to live in,” says local estate agent Rory Ramsden of Home-Hunts.com.

The city’s property prices rose by 7.1 per cent last year, helped by the news that later this year a fast train service will start putting Paris and Bordeaux within two hours of each other, a journey which currently takes up to nine.“This is attracting a lot of Parisians and Paris-based companies down to Bordeaux,” says Rory.

An example of a long-term let property is the Parvis des Allamandier development in the centre of Bordeaux. Within it Leggett has a three-bedroom apartment for sale at €264,400 (see below). Similar ones nearby rent for €1,500 a month, which could give you an annual gross return of 6.8 per cent.

Pros: You’ll get a year-round income and you’re investing in a city which is experiencing a substantial economic revival.

Cons: Like all things in France, becoming a landlord is an intensely bureaucratic experience, plus you’ll have to pay for a property manager to look after the flat for you