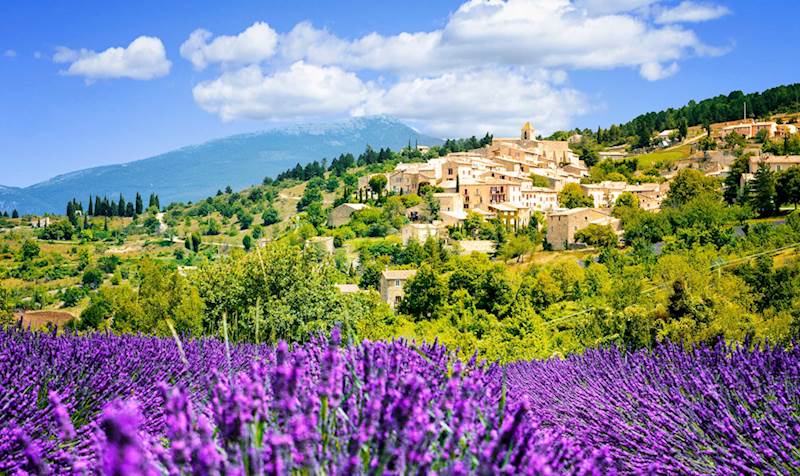 How the UK leaves the EU continues to divide the nation as much as it did during June’s referendum as the ongoing debate over trade deals, Article 50 and the free movement of people drags on. And because nothing is yet set in stone, the ensuing uncertainty has helped weaken the pound which, although it’s good news for exporters, has been terrible news if you’re buying a property in Europe.

At the start of this year the exchange rate was around €1.35 to the pound, but by early October it had fallen dramatically to €1.10, a plummet of approximately 20 per cent. So now, for example, a €250,000 property that was on the market in February this year is now approximately £42,000 more expensive.

Whilst at the time of going to press bank BNP Paribas predicts the pound bouncing back to €1.25 but this is all speculation. So can you do anything about it? While one option is to buy a cheaper property or choose a less popular area, a more sensible tactic is to take out a euro mortgage. That way most of your money stays in the UK while you wait for the euro to recover.

It’s a popular option. Last year British buyers took out French mortgages worth €700m, a figure that’s set to be even higher this year, reckons John Busby of broker French Private Finance. “A lot more clients of ours are now asking about mortgages instead of buying their homes with cash,” he says. “They are desperate to move as little money from the UK to France as possible during the purchase process to lessen what are likely to be large foreign exchange losses.”

Busby says this strategy can be a simple but effective one. This is to get a euro mortgage from a French lender and then only transfer enough sterling to France to pay for the deposit, keeping the remainder safely on the other side of the channel.

Busby adds that most people doing this are hoping that in one or two years’ time Brexit will be completed and confidence in the UK will return and sterling will then strengthen again. When that happens, they will then move their money to France and pay off their mortgages.

“The good thing is that, if you take out a variable rate [rather than a fixed-rate] mortgage, then in France there aren’t any penalties if you pay your mortgage off early,” says Michele Templeton of mortgage broker Templeton Associates.

The tricky part of this is that, while people wait for sterling to recover, they’ll have to pay the monthly mortgage premiums. But if they rent out their home in the meantime, they can of course benefit from euro income paying off their euro mortgage bill.

You can also buy forward contracts and set the rate at which your money is transferred, according to Jeremy Cook, chief economist at foreign exchange firm World First. “You tell us when you want to move the money and then we tell you what rate you can ‘forward buy’ and then all you have to do is give us a five per cent deposit and you can keep the rest until it’s time to move the money,” he says.

French mortgages: how easy to get?

But is it easy to get a French euro mortgage? French banks are much stricter about the debt burden they allow borrowers to take on, so you need to work harder to prove what your income and expenses are. John Busby says that in general French lenders will allow you to only have 33 per cent of your gross earnings spent on loan or mortgage repayments. But it’s not the only difference between France and the UK.

“There is a weird cultural difference in that French banks think you are lucky to be doing business with them and that they are always right, not the other way around, which is the total opposite of the attitude in the US and UK,” says Busby.

“That’s why it is better to use a broker. Banks in France have a very regimented way of doing things, so it’s a good idea to use a broker to prepare you application, for example, so that it’s a square peg fitting through a square hole.”

Michele Templeton says there are a couple of more subtle differences between UK and French mortgages too. “For example, deposits for French mortgages tend to be higher than the UK because the maximum loan-to-value percentage you can get is 85 per cent,” she says.

“Also, French banks don’t like lending on certain kinds of historic buildings and chateaux, and it’s harder to get a mortgage for a property that includes a gite because they class the property as not being wholly residential. It’s a bit of a grey area, really.”

But one of the biggest advantages of buying a property with a mortgage in France is interest rates are extremely low interest, if you fix your rate for a long period. Michele says that you can fix for 20 years at 1.85 per cent or for 25 years at 2.15 per cent which is half that of comparable rates in the UK. “The downside is that it’s more expensive to then get out of these fixed deals and move your mortgage around like you can in the UK,” says Michele.

How much will it cost a month?

One attraction of French mortgages is that you can currently get very low rates for fixed rate mortgages. For example, a 25-year mortgage at 1.4 per cent will cost just €431 a month per £100,000 borrowed, via frenchprivatefinance.com.

How to get a loan: banks vs broker

There are several paths to a French euro mortgage, each of which have different pros and cons and which option you choose will depend on your ability to withstand France’s bureaucracy, your language skills and knowledge of the country’s mortgage products and banking system. These are to use…

1. A French bank in France

PROS: The person you deal with will know the area and probably the notaire you’ll be using too and you’ll get a dedicated person to handle your application. In France call centres for mortgage applications are less common than in the UK. “And if you’re buying an off-plan or new property then often local banks in France will offer low-cost promotional mortgage rates,” says Michele Templeton.

CONS: You’ll need to read, write and speak French well. Also, local banks in France tend to be much more autonomous than UK ones and so their attitude to non-French mortgage applicants varies as does both their quality of service and even the mortgage rate you’ll be offered. And French banks can spend months processing applications which seem to be going well, only to suddenly reject them, says John Busby.

PROS: There are a handful of French banks that have operations in the UK and offer mortgages to UK buyers in France. The biggest and arguably the most English-friendly is BNP Paribas. These banks here have specialist teams who look after UK buyers of French property so in theory they can to help you through the process of applying for a mortgage.

CONS: They only offer their own mortgages, so it’s harder to work out if you’re getting a good deal.

PROS: Many UK banks only offer euro mortgages to their ‘premier’ customers but if are one, then you’ll be able to apply for a euro mortgage through your own bank, which is both convenient and re-assuring.

CONS: High street names such as HSBC and Barclays do provide euro mortgages but usually just pass your application to their French colleagues, so you’ll probably still have to communicate in French and deal with a mortgage advisor based in France.

4. Brokers in the UK

PROS: There are several specialist brokers in the UK dealing in mortgages for French property purchases. These usually have relationships with several French banks and deal directly with them on your behalf. You don’t have to deal with the French bank directly as the broker will apply on your behalf for the loan and process the paperwork and generally do all the legwork.

Also, brokers say they get better deals for their customers because brokers have access to each bank’s wholesale mortgage products, which are cheaper.

CONS: They are a middleman between you and the bank so you won’t have a direct relationship with the lender. If the broker goes out of business, you could be left high and dry.