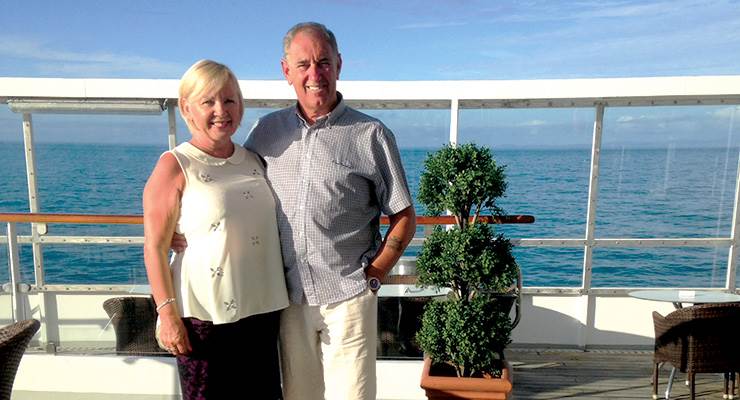 The UK’s vote for Brexit didn’t deter Duncan and Mary McLelland in the slightest from buying in Spain – they owned a holiday home outside the European Union for more than a decade and never had a problem.

The McLellands, in their early sixties and from Ayrshire, southwest Scotland, completed on their Costa Blanca holiday apartment in October. They had decided to buy in Spain a month before the EU referendum in June and found their property during a trip there in August.

“The UK’s vote to leave the EU made no diff erence to our decision to buy in Spain,” said Duncan, who is retired but works part-time for Citizens Advice. “We loved visiting our apartment in Fethiye in Turkey and never had any issues with the country being outside the EU. We used to get a visa stamp each time we visited, and if the same were to happen in Spain it’s no big deal. We sold our Turkish place in January 2016, after 11 years of great holidays there.”

The couple didn’t plan to buy abroad again once they’d sold up in Turkey. However, Mary, who retires next May, is especially keen on Spain and a conversation with a friend prompted them to look at the Costa Blanca.

“We’d been on holiday to Torrevieja and that part of the Costa Blanca a number of times,” said Duncan. “In fact, we considered buying there before we purchased in Turkey. So on our friend’s recommendation, we did some research on the internet, saw how much you could get for your money there these days and booked our viewing a trip with local estate agency HomeEspaña.”

Out of the properties the couple saw with the agent, one ticked all the boxes; and before fl ying home, they’d had their off er of €76,000 (excluding fees and taxes) accepted on a two-bedroom apartment in Las Mimosas in Playa Flamenca.

With the help of their agent, they also assigned power of attorney to a local lawyer, who was able to complete the transaction on their behalf in October. The McLellands’ ground-floor property, which came fully furnished, includes a front patio and front garden with off-road parking. It comes with access to a communal pool and gardens, making it ideal for when the couple’s three children and grandchildren visit.

“It’s a short drive from the seafront, a bit further than we’d envisaged,” said Duncan. “But that makes it quieter. And we were impressed by the immediate local area, with supermarkets close by as well as its proximity to the impressive Zenia Boulevard mall. We don’t plan to move to Spain, but I can see us spending six-week stints out there when Mary has retired.”

Unfazed by the Brexit vote, the McLellands saw the value of sterling fall during their Spanish purchase – but it was never a deal-breaker: “We had a sterling budget and as long as we could achieve what we wanted with it we were happy. Yes, the change in the exchange rate this year could have added an extra few thousand pounds, but we’ve bought for lifestyle reasons and in ten years’ time it’ll be insignificant.”