Why We Moved to Hungary | Case Study 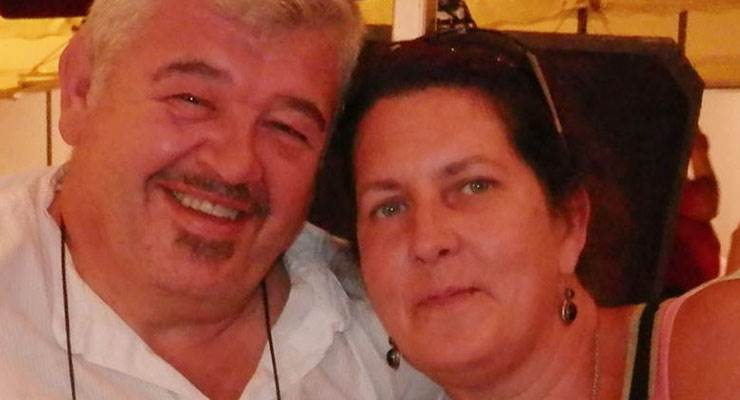 Just over a year ago, Tony and Rosie Gardner surprised family friends with their decision to move to Hungary. Although it's not traditionally a destination that appeals to British property hunters, the Gardners claim it's one of the best decisions they have ever made.

Friendly people, affordable living, stunning scenery and a high quality of life are just a few of their favourite things about their new home.

Tony fills us in on the story so far...

Having worked in health and social care for most of my life, I left full time work several years ago and spent some time living in France and Denmark. Afterwards I moved to Cork in Ireland where I met, fell in love with and then married Rosie.

Although Rosie was working at the time we thought we would try to enjoy life as much as possible, albeit on my fairly modest occupational pension. It was this practical requirement that determined where we looked for our new home. Although we loved West Cork things were very expensive so it seemed like the time was right for an adventure!

Not long after that, we bought a lovely house in rural Portugal, which we enjoyed for five years. However after a while we felt that we were missing a better balance of the quiet rural life and a more active or cultural lifestyle so we started looking for a new property elsewhere.

We initially thought of Croatia because I had previously worked there and had friends who lived there but property near the coast was extremely expensive. After that, our eyes were drawn down the map slightly to Hungary.

Hungary is an unusual choice, especially for British buyers so we knew that we needed to do even more research than would normally have to be done. It also took quite a lot of work to find Hungarian property listings!

But after much research and discussion, we ended up focusing our search in the Southern Transdanubia region of Hungary. It’s the most south western corner of Hungary, quite close to the border with Croatia and Serbia. It’s not too far from Slovenia, Italy and Austria either, so it really is a great location for people looking to explore central Europe.

The house we bought, used to be the village’s post office and is over a hundred years old. It’s built in typical Swabish (ethnic Germans who moved to this part of Hungary in the 18th century) style with an ornate plastered frontage. The previous owners had lovingly restored the building, utilising reclaimed materials and local craftsmen.

It was the perfect property for us - an old, affordable, yet modernised character home in a thriving and friendly community whilst enjoying being in a village and rural setting. But the most amazing thing was that the house only cost us €65,000!

The village is small but lively with a remarkable array of facilities including a bank, shops, two bars/cafes, a school, a chemist and a post office.

Entering through the old wooden gateway and doors you come to a large private courtyard brimming flowerbeds and trees that leads down to a large lawn. To one side is a beautiful vegetable area.

Inside the house there are four large double bedrooms but as there are only two of us we use one as a dining room and one as a study/office. All these rooms are off a beautiful pine floored corridor with fitted, handcrafted book shelves. At the end of the corridor is a magnificent bathroom with a king size bath and a large shower which, amusingly, is made from the old post office’s telephone kiosk.

The living room is a large bright room with old brick features, beautiful wood work and floors and a traditional Swabish fire and oven. Many of the doors and windows were taken from grand old houses and are quite beautiful. The kitchen is large and very practical having a walk in pantry and large windows looking out onto the garden and the morning sunshine.

For all its charm and rustic ambience, we were delighted that the electrical, plumbing and heating systems were all new and completed to a high standard. The central heating even has a dual system which works on either mains gas or wood so we can keep nice and warm in the winter months.

It would have been impossible for us to contemplate owning something as large or beautiful as this in the UK (or indeed France and Italy). The low cost has enabled us to use our surplus capital to enjoy life whilst still having such a fantastic house.

We suppose many people will have raised eyebrows at the prospect of moving to Hungary (at least somewhere other than Budapest) and indeed we had our moments of doubt. We had never even visited the country before decided to look for property there!

However, we needn’t have worried as we have everything any one would need. We have easy access to a newly built motorway which allows us to go on traffic free roads to Budapest in well under two hours, we can be in Croatia in 45 minutes and on the Adriatic Coast in a morning’s drive. The bijou city of Ljubljana is a few hours’ drive away, as are Belgrade, Zagreb and beautiful Transylvania. So there’s plenty to do and see when, or if, we get tired of Hungary.

One doubting friend asked why we would want to go to Hungary when it has no coastline and no mountains. The joke is on them though, as we soon learned that both those facilities were not far away in both Croatia and Slovenia, whilst Hungary itself is paradise for both cyclists and walkers given its relative flatness and gentle hills. We also discovered Lake Balaton, the largest lake in Europe which, to all intents and purposes, is a coastline, with beaches, bars and restaurants lining the shore, the only thing missing is salt water!

Within half an hour’s drive we have the beautiful University City of Pecs (European Capital of Culture a few years ago) with its fabulous shops, restaurants, theatres and museums much of it in early 20th century Art Nouveau style.

Closer to home we have the pretty little town of Mohacs standing on the banks of the mighty Danube where we often go to eat, we were actually pleasantly surprised by the quality of the food on offer - the fresh carp and catfish dishes are particularly delicious!

Hungary is relatively inexpensive both in terms of housing costs and living costs. Talented tradesmen do a good job for very reasonable prices. The electrician spent two hours putting up seven light fittings and at the end of it only charged us €16!

On a less practical, but far more enjoyable note, the wines here are fabulous (and not well known outside the country). We’re fortunate to live a short away drive from the vineyards in Vilany where some of the best value European red wine is made.

There have been two things we have experienced since moving here (apart from the value for money) that have been such lovely surprises.

The first is the warmth of the people. They are just so friendly. The whole village have been helpful and all you have to do is ask for help or advice and you will receive it. Although most people speak a bit of English, with the younger generation often being fluent, we are making an effort to pick it up and have Hungarian lessons twice a week.

The other surprise is the climate. Having lived in Portugal for five years we had come to dislike the extreme heat and dryness that occurs in the summer months but we also didn’t enjoy the almost constant rain that seems to be the UK’s default setting. So when moving here we weren’t sure how things were going to pan out but this past year has been a delight. The winter was incredibly mild, the autumn warm and sunny and spring and summer have been fantastic. We have been told that this part of Hungary has its own micro-climate making it the warmest part.

Buying a house somewhere like Hungary can appear daunting, and we had moments of worry, but it is important to remember that buying abroad wasn’t a big unknown to us; we had the combined experience of buying houses in the UK, Ireland, France, Portugal and Denmark.

Happily the process went smoothly for us, we simply went into a lawyer’s office who drew up a contract, and we then paid the deposit which committed us to the purchase and the vendor to the sale. The lawyer even provided an interpreter to help us through the process. A few weeks later we paid the balance and took possession of the house. Applying for residency was also easy, our part of the process only took about two hours to complete.

Having lived in this beautiful hidden corner of Europe for nearly a year it is hard to imagine why we would ever contemplate leaving. There are definitely no plans to rent out our home, even though there is a huge rental market here because of people heading to the countryside on holiday from Budapest.

Outside Budapest, a popular destination for city breaks, we have not encountered many British people in Hungary and it seems that the country remains a hidden gem for most British property hunters. The same can’t be said for the significant number of German, Dutch, Italian and other foreign buyers, who seem to have struck gold here a long time ago.

And us? Well, we think that Hungary will meet our every need until maybe we are too old and fragile to live the wonderful life we do now….and maybe then a small apartment in West Cork, overlooking the ocean, with a pub on one side and a fish and chip shop on the other...