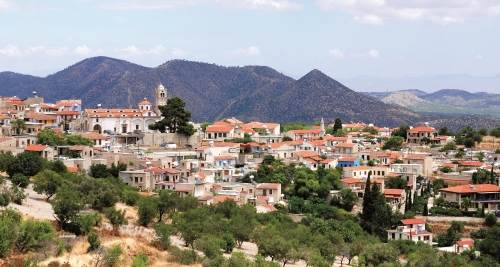 Cyprus dropped off the radars of foreign property-buyers in March 2013 when its banking sector went into meltdown, resulting in capital control measures and momentary uncertainty about the island's future in the Eurozone.

The sun always shines in Cyprus though, so while its local economy continues to struggle, the island's depressed property market combined with its Mediterranean lifestyle are luring back cautious bargain-hunters. Post-crisis, Cyprus continues to be very much an international hotspot. Cash-rich buyers from China and Russia, attracted by the convenience of the island being in the EU while close to the Middle East and Asia, as well as the opportunity to gain residency with a property purchase, have been a welcome shot in the arm for the Cypriot market - especially for Brits struggling to sell.

However, a change in the law making the Permanent Residence (PR) visa for non-EU citizens only valid with purchases of new property was a knock earlier in the year.

"This change effectively killed the Chinese market with 90 per cent of Chinese immigration companies leaving Cyprus for good," said Harry Pavli, Principal of Superior Real Estate Cyprus, which has offices across Cyprus.

"And it is affecting British re-sellers greatly as banks haven't lent money to anybody for the last three years or more, and the only cash market has been from the Chinese, who have now decided that Cyprus is a risky place to invest. As you know supply and demand depresses prices, which now stand at 50 per cent of original values of 2007."

In the western district of Paphos, Britons, Russians and Cypriots - who these days prefer to have their money tied up in property rather than deposited in their local bank - are the main buyers, and much of the market is sub €100,000.

Meanwhile, there are equally enticing deals available in the eastern corner of Cyprus, namely in Larnaca and further east in the Protaras area.

"The properties are a five-minute walk from the beach, and could generate €500 a week in rentals during high season, so you wouldn't need a high level of occupancy to cover running costs. Buyers just need to be aware mortgages in Cyprus are very scarce or unattractive - with rates of around nine per cent."

In terms of rentals, in the right spots, the holiday let market in Cyprus can be practically year-round. Coastal resorts like Paphos and the Kapparis area of Paralimni in the east are open year-round, making winter rentals a reality.

Meanwhile, prospective buyers will be pondering Cyprus's title deeds situation, which has left some paid-up owners waiting months or years for their deeds and others unlikely to get them on account of developers refinancing a resort without the new owners' knowledge. Buying a resale home with deeds bypasses this concern altogether, but today there are ways to buy new-builds safely.

"Buyers are advised to get a waiver from the bank for the payment of a property, protecting their money while they wait for their title deeds to be issued," recommends Kay at Sold on Cyprus.

"And there are positive movements being made to smooth out ownership of property in Cyprus too, including the amnesty law." Extended until the end of April 2014, the amnesty law enables existing owners of houses and apartments to 'legitimise' planning infringements by paying of a fine, at the same time securing a Final Certificate of Approval for their property and subsequently their title deed.

Buyers still unsure about the safety of buying in Cyprus should be reassured by John and Claire Walters from Porthcawl in Wales, who were in the process of moving into their new home in Cyprus when the banking crisis broke.

"In all honesty, we weren't affected at all," comments John. "We had decided before leaving the UK to operate our finances through our UK bank so all our money was safe in the UK."

The Walters are now settled into their new bungalow in Liopetri, a village in the Famagusta district. Between trips to the local bowling club, relaxing on the beach and shopping at their local farmer's market, for them the turmoil in the banking sector must seem like another world!

TIP: Homeowners in Cyprus are sent a form each year informing them how much they need to pay for council tax, known there as Immovable Property Tax (IPT). This can be paid in certain banks or on-line at www.jccsmart.com. IPT varies by area, but typically it is around €150.

Read our guide to buying a property in Cyprus and search for properties for sale in Cyprus.