The current property market in Greece 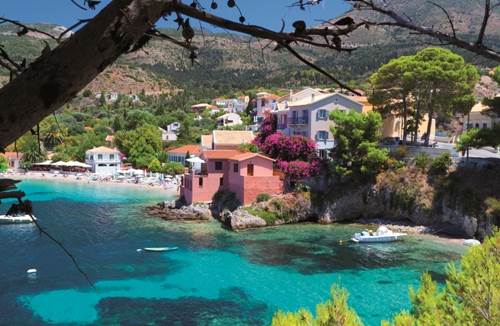 Economic turmoil in Athens has done nothing to deter foreign tourists from visiting Greece, and now property buyers, reassured that the country will keep the euro, are returning there to bag beachside bargains.

Tourist numbers in Greece are estimated to have hit a record 17.5 million during 2013, with foreign visitors attracted by the Greek sunshine, idyllic beaches, laid-back island lifestyle and affordability - all the more last season with tourist prices slashed to attract foreign money.

Things should get even better in 2014. In October, Europe's largest holiday operator TUI, committed to further investment in Greek resorts and predicted to sell 10 per cent more holidays next summer.

Further encouragement comes from British Airways announcing a new twice weekly route from Heathrow to both Mykonos and Santorini, kicking off in May 2014, combined with budget carrier Ryanair making Chania airport in western Crete a new hub, offering direct flights there from regional UK airports.

So, what of property?

While overall sales levels have fallen, as Greece gets back on its financial feet, property prices on islands with local economies supported by an international market, and where overdevelopment is nonexistent, have stabilised as demand returns. Whitewashed villas, typically on the edge of small harbour towns or in villages a couple of miles inland, are what sell the most, whether it's in popular areas of the Peloponnese or one of the islands.

Tight planning regulations and restrictions on high density developments, such as those that have become the curse of parts of Spain and Portugal, mean that the bulk of Greek properties outside of town centres are individual detached properties.

Now, with Greece appearing to have secured its future in the Eurozone and prices deemed to have reached rock bottom, 2013 has been a definite turning point in the market.

"For cash buyers - as there are no bank loans - there are some great bargains," said Spyros Mantzos from the estate agency A Property in Greece, which sells throughout the mainland and islands.

"The main areas of interest are Crete, Corfu and the Peloponnese. People are buying resale properties as you can get one for less than the cost of building from scratch, unless you are looking for the exclusive north-east coast of Corfu, where building is a better option. The market is polarised a bit, so buyers either want to spend €60,000-€200,000 or more than €500,000."

Rhodes is also firmly back on the radar of foreign buyers, with local agent Savvaidis & Associates noting a hike in sales in the second half of 2013, claiming it now to be "the best buyer's market in decades".

Looking at Crete, which accounts for an estimated 85 per cent of Greece's property sales to foreigners, retirees are now dominant.

"Typical buyers in Crete now tend to be aged around 60 and seeking a permanent move, either now or within the next few years when they retire," said Mike Saunders of developer Snobby Homes in the western Chania region.

"Their average spend is less than €200,000 and the typical purchase is a detached house with two bedrooms, set quietly away and not on a development, as privacy is a preferred option. With an older age profile, location now needs to be a short stroll from everyday amenities."

An area of Crete currently popular with expats is the stretch of coast between Gerani and Kissamos. This is thanks to a good variety of beaches, wonderful scenery and villages. Being a traditional farming area, where income is still reliant on olives, grapes and citrus fruit rather than tourism, villages remain 'open' year-round, which is an important benefit for people relocating there.

Meanwhile, more adventurous buyers might be tempted by a restoration project in the centre of the ancient harbour town of Chania, or Rethymnon. Increased sales levels are predicted in Greece in 2014, as more buyers who have been waiting on the side-lines pluck up the courage to purchase there. It is hoped the Greek Government's new law that grants speedy five-year residence permits to non-EU citizens who buy homes worth more than €250,000 could stimulate the market too.

"In terms of prices, there will be even more bargains available but the best ones are being snapped up very quickly, so buyers need to be able to move fast," concluded Spyros Mantzos. If you're in the market for a Greek bolt-hole, there really is no time to lose.

TIP: Annual council tax in Greece is very cheap compared to the UK. Typically, it is just €4 per square metre of property per annum, meaning a three-bedroom villa of 110 square metres costs just €440 per year.

Search for a property for sale in Greece.