Buyers flooding back to overseas market: mortgages up 90 per cent 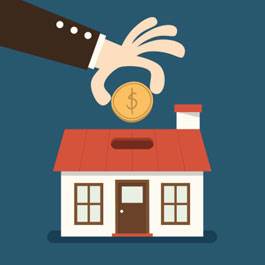 A timely combination of historically low interest rates, bargain property prices and a strong pound is luring British investors back to the overseas property market.

In the first three months of this year, Conti, the overseas mortgage specialist, saw enquiries increase by 90 per cent compared with the same period in 2013. Confidence is back.

The company has seen a sizeable shift in interest for Spain in particular over the last six months, with the country accounting for more than half (58 per cent) of enquiries received at the moment. This is the first time that a single country has accounted for such a large percentage of enquiries.

Prices in some of the most desirable areas of Spain have fallen by up to 50 per cent since 2007, but after a very difficult few years, prices are starting to creep back up in some areas, and people who have been watching the market are snapping up bargains while they can.

France, which still accounts for one in three (29 per cent) enquiries, continues to offer a safe haven for British buyers.

Mortgage rates are currently at their lowest in more than 60 years and a slower property market has been pushing prices down.

Easy access from the UK, a familiar culture and good rental yields are also very appealing.

Clare Nessling, director at Conti, says: "Signs of confidence returning, especially in relation to the Spanish market, started appearing last year. But the first three months of 2014 have been particularly encouraging.

"Mortgage rates are very low, the pound has been getting stronger, and prices are still at bargain levels in many areas. It's a great time to buy and people who have been putting their plans on hold for the last year or two are taking advantage of the favourable conditions open to them."

Spain and France may be dominating the hotspots list, but Portugal is also growing in popularity again, moving back into third place. The Portuguese property market was one of the worst hit by the financial crisis, but with its economy on a much sounder footing, the country has waved goodbye to its worst recession since the 1970s.

This has provided a boost to investors' confidence, together with bargain property prices and a stronger pound, is leading to an increasing number of buyers coming back to the market in search of opportunistic bargains.

Confidence may be returning, but Conti says that it's still vitally important for buyers to seek the right advice. Bitter experience has taught many overseas property buyers that scrimping on independent legal advice can effectively cost them their holiday home.

Buyers should always go through the same process that they would follow if they were buying a property in the UK.