Space, the final frontier for the overseas property market 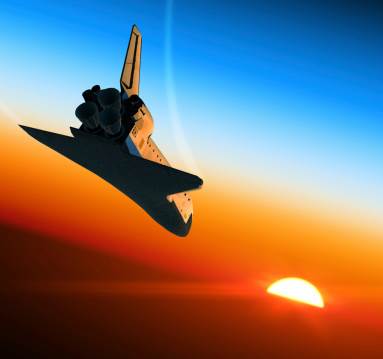 It may once have been the stuff of dreams, but sub-orbital space travel is just around the corner.

New research from agents Knight Frank have revealed an increasing number of the 'super-wealthy' (with a total worth of $200b) are targeting the project, which should transform conventional flight times forever.

With flight times of one to two hours to traverse the globe, we could see Chinese or Indian investors popping to their Tuscan farmhouse for the weekend or British families travelling to Cape Town in the time it currently takes to watch a film!

Leading the way in sub-galactic air travel is Richard Branson's Virgin Galactic, which has received significant interest from private investors.

"By travelling outside the Earth's atmosphere, gravitational forces will allow spacecraft to travel at over 4000 miles per hour, so breakfast in Mayfair could easily be followed by lunch overlooking Sydney Opera House."

Knight Frank illustrates some of the potential flight times. Moscow to New York should take only an hour - San Francisco to Singapore should take less than two hours.

Due to its convenience for African, Middle Eastern and Russian high net-worth individuals, London currently beats New York as a global wealth hub.

However, this convenience factor may fade within ten years as sub-orbital travel becomes more common.

Assumptions about current property prices will need to change as the price of sub-orbital travel begin to drop and locations on every continent will be weekend destinations for those of a certain wealth.

It may be more than twenty years until this becomes a reality for normal travellers - but people with an interest in the global property market will be keeping a keen eye on future developments.