Overseas mortgages: just how much can you borrow? 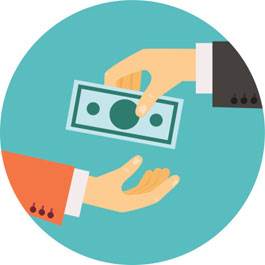 Excellent buying conditions are luring Britons back into overseas property, with bargain prices and a stronger pound making it more affordable than ever.

That's all very well, of course, if you're a cash buyer. But how easy it to obtain finance for your overseas property purchase? Clare Nessling, director at Conti, the overseas mortgage specialist, sheds some light on current lending conditions.

Quite understandably, overseas lenders have become stricter about whom they lend to since the global downturn, and they're now judging each case on its own merits including what and where you want to buy, rather than relying on specific criteria as they've done in the past.

But it's still very possible to obtain finance, especially if you have a healthy deposit to put down and can demonstrate that you have a sound financial profile.

Interest-only deals are rare these days, so repayment loans are the norm, and many lenders will allow the choice of either a fixed or a variable interest rate. The maximum term of any mortgage is 35 years, but this varies depending on the type of loan.

France currently offers the widest ranges of options in Europe for UK buyers as well as the lowest available rates.

And unlike many other countries where the best rates are limited to those with the biggest deposits, both of these deals are available for mortgages of up to 80 per cent loan-to-value.

For buyers with deposits of at least 15 per cent, there are a range of deals starting at just 3.15 per cent.

Mortgage types are pretty similar to those available in the UK, so rates can be fixed, capped or variable, and although there are some interest-only options, deals tend to be on a capital repayment basis.

Mortgages are generally available for purchases up to 65 per cent of the property's value depending on the state in which the property is located.

Most are on a repayment basis, the maximum term is 30 years, and interest rates and loan terms tend to vary depending on the property type and exact location.

Rates currently start from just 3 per cent, and many deals have no early redemption penalties so lump sums may be paid off the balance at any time without incurring a penalty.

The financial crisis of 2007 left the Portuguese economy reeling, but the country's economy has now stabilised and I expect lending conditions to start improving.

Lending to foreign nationals has been pretty restricted over recent years, but the Italian mortgage market is starting to open up again with new lenders coming on board.

Purchases are still limited to higher value properties, however, with a minimum loan of €250,000.

Lenders will generally require more details about your income and outgoings, so it's important to have your accounts in good order. They'll also use the debt-to-income ratio, which establishes whether you can afford to maintain the mortgage repayments, so it's important to prepare all your paperwork in advance.

Find out more on the latest best buy deals here.