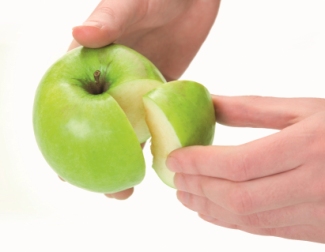 I am hearing more and more about fractional ownership - not all 100 per cent positive - so what are the things I should really beware of?

It is also important to understand the structure. How are your rights protected? Who is responsible for what? What happens if you want to come out of the deal? How easy is it to sell on afterwards?

I think that you should also look at value. A quarter share worth £100,000 doesn't necessarily mean that the property is worth £400,000, so look at whether you are paying over the odds even though it looks cheap. The management costs of fractional schemes are generally quite high so you must also factor this in to the whole equation.

I own a property in Spain but how will the re-introduction of the Wealth Tax last month affect me?

The Wealth Tax (Impuesto sobre el Patrimonio) was introduced back in 1991 and then abolished in 2008 to the delight of many people. On 16 September this year it was reintroduced in order to raise money for the Spanish Government in these difficult economic times.

We don't have a Wealth Tax in the UK so for those readers who are not familiar with this, it might be worth explaining that this tax is exactly what it sounds like - a tax on your wealth. If you are non- resident in Spain you pay Wealth Tax on your wealth in Spain but if you are resident than you pay this tax on your worldwide wealth. This tax is different from income tax or capital gains tax but people often confuse them.

Although the tax has been re-introduced it will now affect many less people than it did previously and the intention is that this will only affect the richer end of the population. The actual rates of tax remain the same as they did back in 2008 - ranging from 0.2 to 2.5 per cent of your wealth. What has changed, however, is the tax-free allowances. When the tax was abolished in 2008 each person had a personal tax free allowance of €108,182.18 and an allowance for their main house of €150,253.03. Those figures have been increased to €700,000 and €300,000 respectively, meaning that effectively the first €1million of most people's assets is free of this tax. This is per individual, meaning that a couple can be tax-free up to €2million (£1.73 million).

Relatively few people will be affected by the re-introduction of this tax, but if it does affect you then you can take tax advice to try and legally reduce the tax that you pay.