The man who helped to build Mojácar 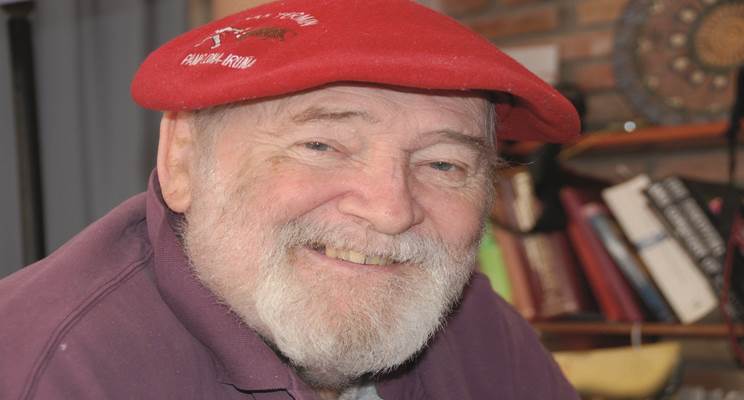 A pioneer developer, ardent Hispanophile, writer and explorer, Ric Polansky has enjoyed as colourful a life as a character in a Jack London novel.

In the resort of Mojácar, in the southeast Spanish region of Almería, he is best known for being a trailblazing developer who, with his brother Paul, built the first houses along the Mojácar coastline in the late 1960s and early 1970s. In those days the nearby hilltop village was a backwater and the beach had little more than a few buildings, abandoned farmhouses and a dirt track. 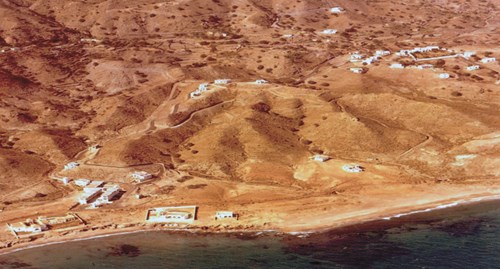 Donning a distinctive red boina (beret) of the Pamplona bull run, he greets me with a warm smile. At 73, he is less active than he used to be. “Sometimes I’ve been locked up in my house for weeks – it’s penance I’m paying now for an earlier life,” he jokes.

With a gravelly drawl reminiscent of Orson Welles and a hulking frame to match, he could be a dead ringer for compatriot Ernest Hemingway. The comparison is not entirely fortuitous. “When you grew up in Iowa, the most exciting thing in the whole world was reading stories about Hemingway.”

His love affair with Spain, at least in the beginning, was driven more by necessity than a desire to emulate the famous author. Caught up in the maelstrom of the Vietnam War, he tried to escape the draft as a young man, but dodged the bullet only after he failed the physical.

When Paul, who was setting up a construction business in Mojácar, encouraged him to come over he did not need asking twice and with his wife Karen he sold up and emigrated in 1969, becoming one of the few Americans who settled in this part of the world at the time.

He joined Paul’s business and before long began selling land. “About $1,000 would buy you about 800 square metres,” says Ric. 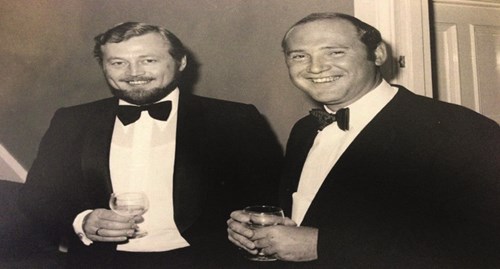 Soon after, he set up his own construction business. His big break came when package holidays started taking off from Birmingham, thanks to the company Horizon Holidays. “It perked up the joint,” he nods.

Mojácar’s rise was also due to the visionary mayor Jacinto Alarcón, who was instrumental in preventing the shrinking village from being assimilated by the nearby municipality of Turre and badgered Franco’s government into building the luxury Parador hotel in 1965. “He was a wonderful man who took nothing for himself,” says Ric, although he admits Alarcón was not averse to changing planning proposals if it would help to put Mojácar on the map.

Constrained by the geography, the old hilltop village or pueblo remained largely untouched, but the barren coastline was a different proposition. “Thirty apartments became 3,000 and it went on from there.”

Ric soon realised that the best business deals were struck on the street, mixing with the locals in bars, and he rapidly earned a reputation for being a hard but fair employer. “If you were the one laying the electricity cables and it went wrong, I would go to you to fix it that day,” he says. “Otherwise you would never work for me again." He sussed out when suppliers were trying to pull a fast one and recognised the importance of adopting a hands-on approach. “If there was a truckload of marble, the fifth pallet was unpolished.

There was always something like that, like [poor-quality] light switches or cement. “The architects were also a problem because they’d put in sewage pipes no bigger than this [he makes a circle with his thumb and forefinger]. You had to be on site, get up at six or seven, have a big tea and plan your day.”

Diplomacy was often the best approach with a recalcitrant workforce. “I’d go to the building site in the evening with a crate of beer just as they were about to leave. They were very much like children: if you got mad at them, you wouldn’t see them for years.” His tact was also due in part to the fact that many labourers carried knives. “In the early days, if you walked by and turned your back on them they wouldn’t think twice about waving it in your face.” On the one occasion he got involved in a bar brawl, he kept a cool head. “I stayed and bought him a drink and we talked. It’s just the way they were.”

If it all sounds a bit like the Wild West, Ric does not let on, perhaps because he experienced bigger hardships while exploring the Amazon in search of the gold of El Dorado, or surviving a sleet storm in the frozen Alaskan wilderness. One lucky escape involved a snake that bit a man while sailing up the Amazon river. “It was a bit of a mess, but we saved the guy’s life,” he says.

Notwithstanding his adventurous spirit, the allure of South American gold was not enough to keep Ric away from Spain. He ended up buying the land on what became one of Mojácar’s most sought-after residential areas, La Paratá, which he describes as “a little Shangri-La”, and built close to 50 houses. Those properties remain, the largest fetching about €550,000 on the market today.

I ask if he was tempted to join the rush to develop the Costa del Sol, but despite sniffing out a few possibilities he was put off by the red tape. “I decided that this [Mojácar] was the place and the devil I knew.”

One of the projects built by his brother Paul – who now lives in Serbia – was the nine-hole Cortijo Grande golf course, which opened in the foothills of the Sierra Cabrera mountains in 1976. The 2008 economic crash together with financial and legal disputes over land sounded the course’s death knell. “It’s locked in one of those banking Gordian knots, but business here has always been a rollercoaster of either famine or feast.”

Ric eventually found enough time in his hectic schedule to build his own “pad” in the mid 1980s, a stunning seafront villa called Casa La Mena, where he and Karen still live. Designed by the late British-American architect Geoff rey Challan, the €2 million property is perched on a narrow hill overlooking the Mediterranean Sea, offering unrestricted views of the ocean thanks to panoramic windows set in a Hollywoodesque, split-level lounge. 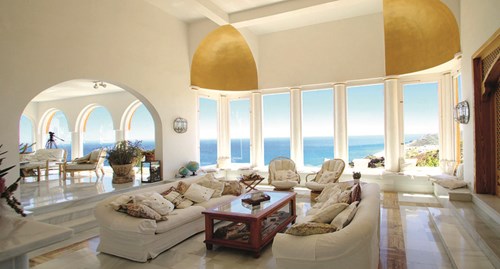 “Challan had lots of innovative ideas,” he says. One was knowing the importance of positioning a building according to the sun’s orientation. Consequently, the fi ve-bedroom house is never too hot or too cold, despite not having central heating or air conditioning. A sumptuous pool sheltered from the sea – another Challan touch – is the first feature that greets visitors. The glamorous property became the centre of attention for the glitterati.

“Director David Lean [of Lawrence of Arabia fame] was going to rent it from me because he was going to make a film.” Lean managed to shoot a few rushes and to select locations in Almería, but he died in 1991 before the film could get under way.

Years later, the house and pool were used to shoot a video for the British band Queen and for a lingerie catalogue. “I was in the States at the time, so I missed it, but my son and his friends made sure they didn’t!”

Now it is easy to see why tourists find Mojácar such an attractive proposition. The relatively unspoilt coastal town that Ric helped to build with the older and more picturesque hilltop village is within easy access of two airports (in Almería to the south and Murcia in the north) and has a variety of excellent restaurants and bars. 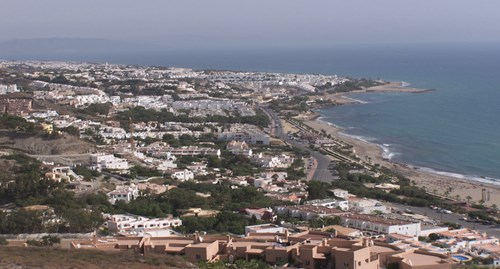 Mojácar’s success is reflected in the size of the population, which has swollen from 1,800 in 1970 to more than 6,300 in 2018, according to the latest figures. Almost 3,000 are foreigners, with British expats making up just over half that number.

Forty-odd years ago, Mojácar’s bohemian appeal attracted mostly bon vivants and artists, including the actor Dennis Hopper, the Colombian concert pianist Enrique Arias and the Queen’s former private secretary Sir Michael Adeane. “He was an easy guy to spot because he was always running around in a suit and tie when it was 115 degrees outside,” Ric laughs.

“Everyone was trying to outdo themselves,” he adds with a wink, hinting that in the carefree atmosphere of the late 1970s everything was game and that racy parties were a regular feature in the social calendar.

Mulling over the future of Mojácar, more than half a century since he arrived, he is adamant that there are “still many cowboy builders around” but maintains that building today “has improved a lot”. Property buyers also have far greater choice today compared with four decades ago, but he is critical of the new British settlers who avoid learning the local language. “They will never get to know the people who are serving them,” he says wistfully.

SEARCH FOR PROPERTIES IN Mojácar